The Grand Duke of Luxembourg, who has said he would interfere with a decision by parliament, will likely be stripped of his veto in a historic decision after a heated showdown over a bill to legalize euthanasia.

Grand Duke Henri of Luxembourg protested the bill and threatened to kill it next week by refusing to sign it into law. 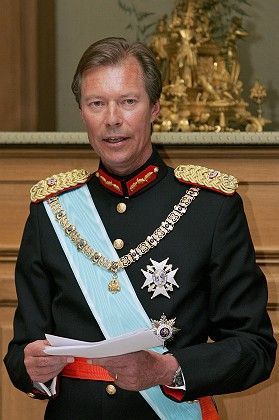 Grand Duke Henri of Luxembourg will refuse to sign a euthanasia law for "reasons of conscience."

Since parliament is expected to pass the bill, Luxembourg Prime Minister Jean-Claude Juncker said the Grande Duke has overstepped his role. Juncker personally opposes the euthanasia bill but says he will propose a change to the constitution to deny the Grand Duke his veto. His role by the end of 2008 could be reduced to rubber-stamping parliamentary decisions, instead of deciding whether to approve them.

"That means he will only technically enact laws," Juncker said, according to Reuters.

The euthanasia bill passed a first vote by parliament in February. It looks set to pass a second and final vote next week, but the Catholic Grand Duke announced on Tuesday -- in a closed-door meeting with leaders of Juncker's ruling Christian Socialists -- that he would refuse to enact the law.

His position tipped the tiny nation into the worst constitutional crisis in its history. The Luxembourg royal house has tried to block a decision by parliament only once before, when the Grand Duchess Marie-Adelaide refused to sign an education bill in 1912.

"I understand the Grand Duke's problems of conscience," said Juncker, "but I believe that if the parliament votes in a law, it must be brought into force."

The euthanasia bill has been controversial since 2001. It would let patients with "grave and incurable" conditions die at the hands of a doctor if they ask repeatedly to be euthanized and earn the consent of two doctors and a panel of experts. Medical and physician groups have opposed the bill, though, and so have many citizens of this traditionally Catholic nation.

It follows similar laws in the Netherlands and Belgium, where King Baudouin -- Henri's uncle -- abdicated for a day in 1990 to avoid signing a Belgian abortion law. The current Belgian king, Albert II, has signed Belgium's recent euthanasia and homosexual-marriage laws over his private Catholic beliefs.

The Grand Duchy of Luxembourg is a constitutional monarchy, and the Grand Duke is its head of state. He has indicated that he won't stand in the way of any change to the constitution.