Speculative attacks, special summits, bailouts, meetings, emergency purchases -- it would be difficult to surpass the drama of recent days. They will, no doubt, go down in history.

It's a watershed moment that will push Europe in a new direction. And the stakes couldn't be higher. This could be the founding act of a European federal state created out of necessity, as French Finance Minister Christine Lagarde has suggested. But it could also mark the beginning of the fall of the currency union with financially strong countries -- like Germany and the Netherlands -- wary of too much centralism.

Those aren't, of course, the only two possibilities: We might see a long, orderly reform process for the euro in the coming months and years. We might see a slide into inflation, with the European Central Bank forced to come to the aid of countries in need of liquidity.

One thing, though, is for certain. European Economic and Monetary Affairs Commissioner Olli Rehn said on Wednesday that the Commission wants the power to force member states to balance their budgets. It is the right move: Those who have no qualms about wracking up debts, should not just assume that the European Union or other states will rescue them. On the contrary, repeat offenders must subjugate themselves to tough control mechanisms. That's a good signal for the stability of the euro.

Solidarity Yes, But with Clear Rules

Still, it's not clear whether Rehn can succeed in pushing through his plan. The EU member states must approve such rules -- and they aren't keen to give up additional sovereignty. Just minutes after Rehn announced his intentions, the French government responded, saying it would never turn power over its national budget over to Brussels. German Foreign Minister Guido Westerwelle of the business-friendly Free Democratic Party agreed, saying: "Budget law is a matter for national parliaments."

But precisely that issue will determine the euro's survival. Are we ready to give up more money and more power to community institutions? The common currency can only function on the long term if Europeans are ready to show greater solidarity and to cede more control to the supra-national European level.

Europe has nobody to blame for the difficult situation it finds itself in but itself. On Sunday night, finance ministers cobbled together a mega bailout package to the tune of €750 billion -- an move that is actually prohibited by EU treaties. The European Central Bank (ECB) in Frankfurt also had to hastily implement measures that they had shunned until now: The ECB and national central banks will now buy state bonds from countries in trouble. Other crisis measures that the ECB had already abandoned have now been reactivated, too.

The old rules no longer apply. But are there new ones? Rehn's push is a first step in the right direction. But there are real concerns that France and others may torpedo his proposal.

A Watershed Shift at the ECB

This week saw another novelty in European history: As ECB President Jean-Claude Trichet justified the central bank's decision to purchase government bonds on Monday, Axel Weber, who heads Germany's central bank, the Bundesbank, publicly expressed his opposition to the plan. Speaking to the financial paper Börsen Zeitung, he said he was "critical, even in this extraordinary situation." The rifts are already appearing.

And it is still totally unclear how central bankers are expected to reel in all the money they are now releasing -- and if it will even be possible. In the summer of 2009, the ECB announced its exit strategy. The liquidity program it had offered to overcome the banking crisis was supposed to be gradually brought to an end. This winter, that plan became more concrete. This spring, though, the ECB has had to pump vast amonuts of money back into the markets -- only this time it wasn't to rescue the banks, but to ensure the financial survival of entire countries. It is, after all, extremely difficult for countries to pay down gigantic debts via serious means like orderly amortization.

So how were things allowed to get this far? What went wrong? Why has the euro, which appeared to function so well for years, suddenly come off the rails?

Why the Euro Plan Didn't Succeed

One has to think back to the ideas exchanged during the euro's conception. The idea to give Europe a common currency originated in the 1970s, when the "Werner Plan" was first introduced by then Luxembourg Prime Minister Pierre Werner, who led an expert commission exploring the possibility of a shared currency. It seemed like a relatively simple exercise at the time: exchange rates were fixed then (with each currency pegged to the dollar), national economies were closed compared to those of today, and trans-national trade and capital streams were relatively small.

The European Community at the time had only six member states (France, Germany, Italy and the Benelux countries). The Europeans had also experienced a phase of price stability that led many to believe that inflation was as "dead as a rusty nail," to quote former German Economics Minister Karl Schiller. The risks, but also the advantages, of a common currency seemed limited under these conditions. So the common currency wasn't introduced.

But at the end of the 1980s, the European Commission under Jacques Delors revisited the plan. They wanted to turn Europe into a unified internal market -- crowned with a common currency. Initially, Germany resisted, but after reunification, the common currency seemed to be the just the right means to integrate Germany into the community of European states. In 1992, the Maastricht Treaty was signed, with its convergence criteria: a maximum budget deficit of 3 percent of GDP, a sovereign debt limit of 60 percent of gross domestic product, low inflation and interest rates and a stable exchange rate. An ECB modelled after Germany's Bundesbank was also established.

According to the treaty, the goal was a "an ever closer union among the people of Europe." It is, however, a formulation which makes clear that the euro was a political project from the very beginning. Paradoxically, though, politics hadn't moved far enough. For a long time, politicians left the project in the lurch.

Three Rules for a New Europe

This discrepancy between economic conversion and political conversion is at the heart of the euro's problems today. Indeed, the economic reasoning for the currency union was far less convincing than the political. It was already clear to economists in the 1990s that the euro zone would not be an "optimal currency area." There would be "assymetrical shocks" -- meaning events that would have different effects on different member states, just as we are seeing now, that would be difficult to bring under control. The currency area lacked:

Right now, early forms of such redistribution mechanisms are taking shape in meetings that would have been inconceivable one year ago -- and they shouldn't really surprise anyone. And yet the people, especially the Germans, are surprised. Even shocked if you trust the public opinion polls.

Why? Because nobody prepared the massive size of the bailout programs that have been announced. The euro was supposed to be "as strong as the mark." But even Germany has comprehensive instruments for redistribution between the federal government and the states -- and the states have their own, as well. But no one talks about it.

The Euro Is a Paradox

The process of building a cohesive European Union needed to anchor the euro never took place. No one attempted to push through a common second language, and as a consequence there is no common media, no unified method of communication and no true democracy at the EU level. Instead, member states, including Germany, in recent years have been pursuing their national interests more proactively. Furthermore, the euro zone now encompasses 16 countries and 350 million people -- far more than the cozy union of six envisioned under Werner's plan -- an unmistakably large entity. And people are expected to express solidarity within it?

The euro is a paradox: a political project that has long lacked political support. Is it really a surprise to anyone that the feeling of togetherness and solidarity amongst Europeans has remained weak? Without a binding emotional basis, it is hardly conceivable that the euro will hold together in the long run.

In order for history to take a positive turn, Europeans need to reach at a new consensus. It could look like this:

What is needed is a political tour de force that requires no less than countries giving up a large chunk of their ego and transferring greater powers to the European level. Will they be ready to do that? Or will we fail?

Only future historians will know. At present, anything is possible. 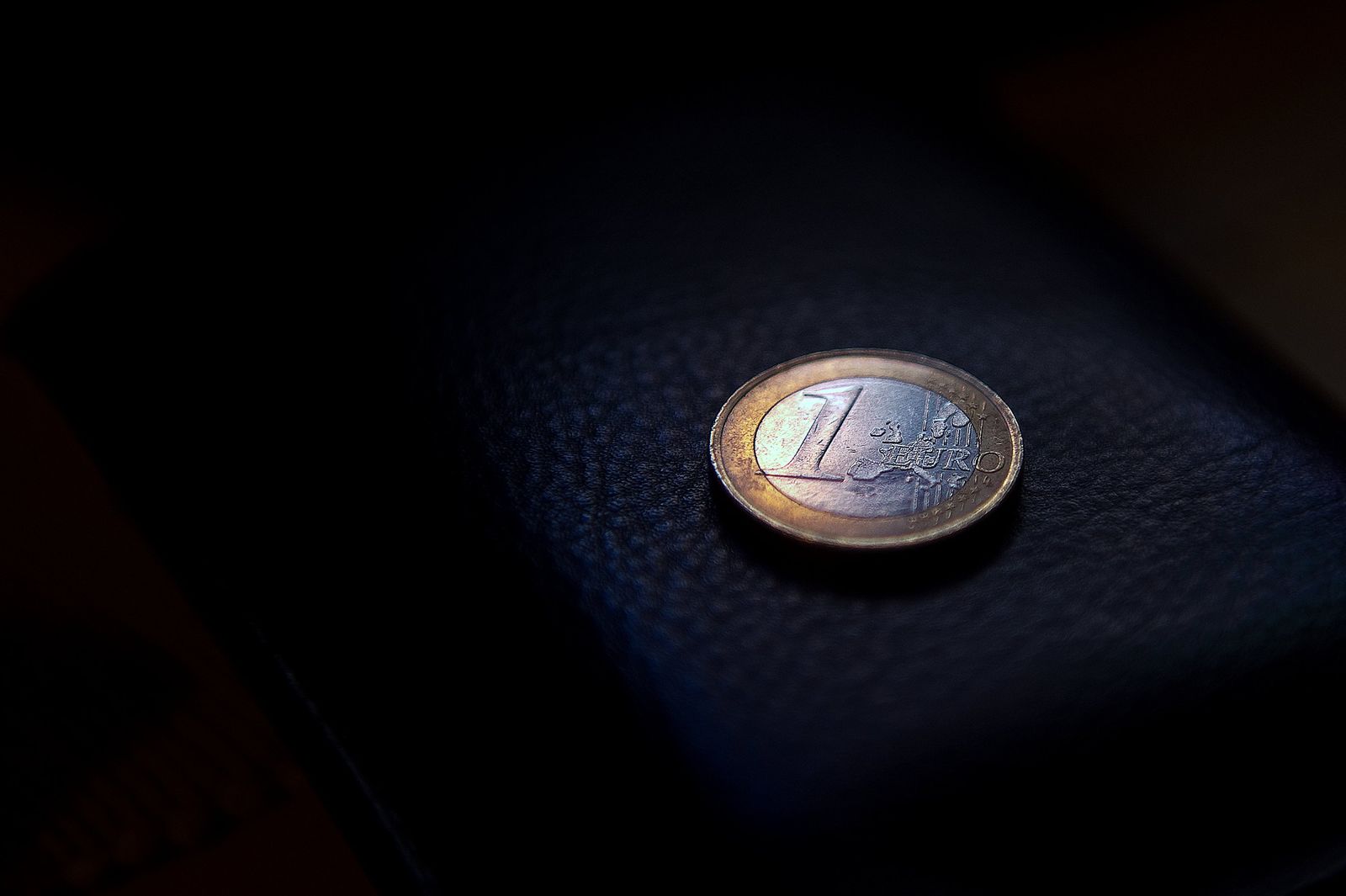 The future of the euro: At present, anything is possible.