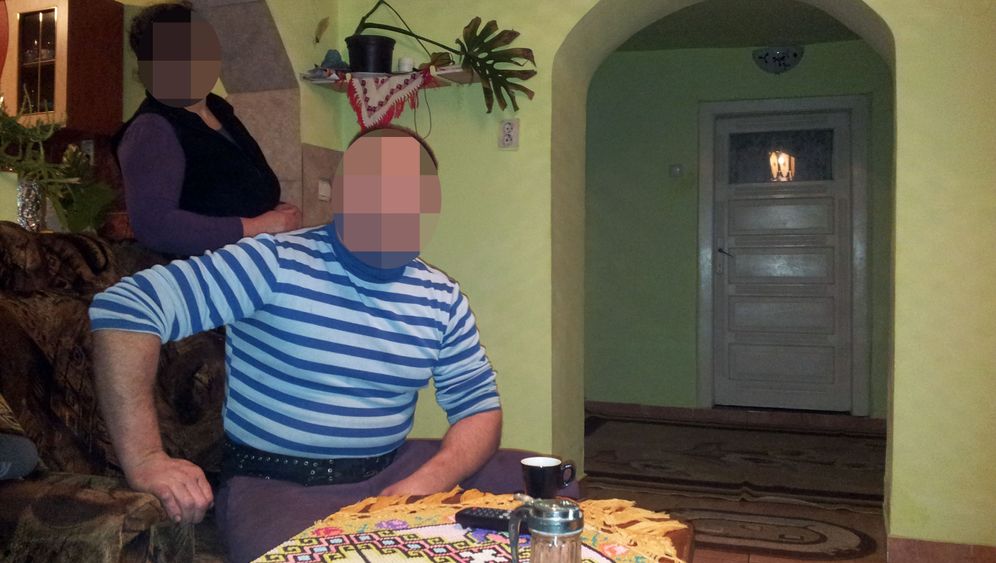 Adrian P. was a child when Markus R. filmed him naked. "My friends and I saw it as a game. Markus promised us that he wouldn't show anyone the films, and he told us not tell anyone about them. Not even our parents," says Adrian P., who is now 19.

Back then, he was 14. Sitting next to him in the living room of his parents' home in Racsa, a village in northern Romania, is his father. His mother is chopping onions in the kitchen. "R. brought shame to my family and our village," says Gheorghe P. "If I ever see him again, I will kill him."

Markus R., from Germany, moved to Transylvania in 2001 to work for a German timber company, according to Romanian media reports. Back home, he had been charged with sexual abuse of children and served a prison sentence. But in Romania, he reinvented himself as a businessman eager to be involved with the community. He gave karate lessons and organized outings for local boys, buying them pizza and lemonade.

Northern Romania is a poor region. Many children here grow up with absent fathers, who've left to work in Germany or France. "R. was a substitute father," recalls a resident. But once he'd gained the trust of local boys, he began to film them -- playing naked in a wading pool in his home.

Among the information it turned up was Azov Films' customer base, which included one Sebastian Edathy from Germany -- a 44-year-old Social Democrat member of parliament who resigned in early February.

In Germany, the Edathy scandal has triggered a nationwide debate about child pornography laws. Although there is a consensus that state and society must condemn and punish the sexual abuse of children in all its guises, there is a gray area between what is morally reprehensible and what is criminal. Investigators make a distinction between child pornography and images of naked children in which their genitalia are not the explicit focus.

Edathy insists that the images he purchased from the Canadian website were legal. The Bundeskriminalamt (BKA), the Federal Criminal Police Office, has confirmed that his computer has not turned up any explicitly pornographic material thus far, but on the strength of the initial evidence, the Hanover public prosecution is nonetheless investigating Edathy for suspected possession of child pornography.

In Transylvania, Adrian P. doesn't understand why the debate has become bogged down in legal details. "The footage of me is terrible," he says. "I can't get it out of my head." His father says Adrian is still traumatized to this day, and was so ashamed that he couldn't leave the house for months. "He was such a happy child," says he father. "Now he's very withdrawn."

It was a relative of the family who discovered by chance what was going on. Through a hole in a fence, he saw Markus R. filming children playing naked in a swimming pool in the fall of 2008. Upon being confronted, R. fled, only to resume his activities shortly thereafter in the nearby town of Zalau.

Even though the commercial sale of images of children is a global business, it is more often practiced by individuals than organized networks -- unlike the drug trade. The perpetrators tend to be relatives of the victims, or at least familiar, trusted figures.

Markus R.'s nemesis was Dan Puskas, a criminal police officer in Zalau. In 2010, he was informed of R.'s activities by the families of R.'s victims. He placed R. under observation for several weeks and questioned a number of witnesses. R. was eventually arrested by a special squad while attempting to flee to Germany with several children in tow. The squad seized toys, camera equipment and around 200 videos of naked boys play-fighting. "Anyone who films this sort of material is sick," says Puskas.

During the raid, the squad came across an address in Canada. Police headquarters in Bucharest informed their colleagues in Toronto, and Operation Spade was soon underway.

R. himself confessed and was sentenced to two years behind bars in Romania. He was released in the summer of 2012 and is thought to be living in Munich today.