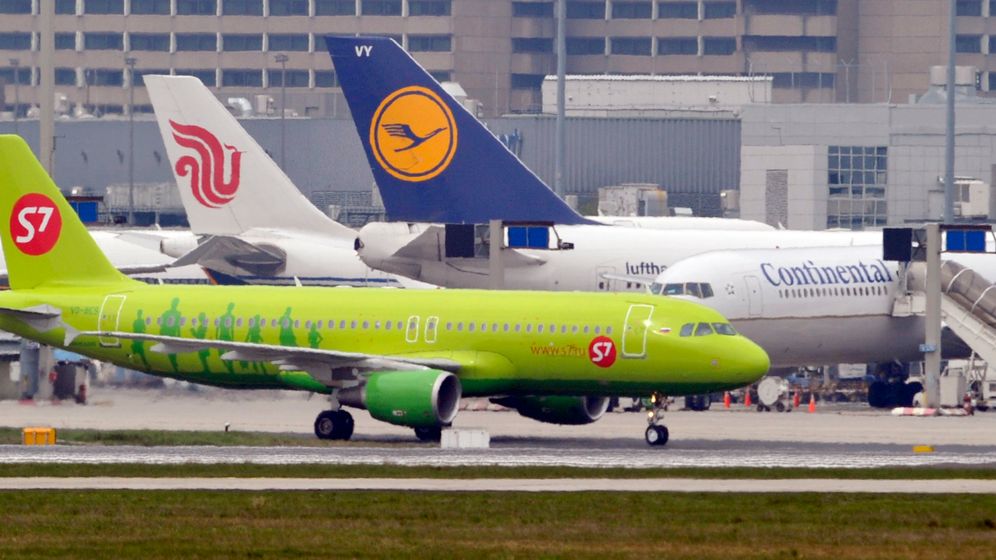 Sigurdur Gislason pulled off a move in his sports utility vehicle last Thursday that his colleagues considered a real stunt. The 52-year-old geochemist put his foot on the gas and drove right into the cloud enveloping the Eyjafjallajökull volcano.

"Of course I was scared," Gislason says. At first it was as if he had plunged into a thick fog. Then it grew darker still. In the light cast by his headlights, Gislason saw wind fanning soft, fluffy ash across the road in gentle waves. That was precisely what he was looking for: "The ash shouldn't have mixed with water yet."

Gislason knew the volcano might start to fling out rock again at any moment. He knew, too, that lighting might strike out of nowhere. "That can occur in these electrically charged clouds," he explains. Even breathing meant danger, since the micrometer-sized ash particles are as sharp as needles. "It's glass, essentially," Gislason says.

But the Icelandic geochemist's daring paid off. It was pitch black when he stopped the vehicle, putting on a protective mask and a motorcycle helmet. Then he got out and started to scoop the powdery ash from the volcano into high-purity plastic bags.

Gislason didn't know then that the substance he was currently sampling at risk to his own life would shortly trigger the most wide-spread chaos in the history of European transportation. While Eyjafjallajökull did nothing more within Iceland than cause a car bridge to collapse, it brought Europe's aviation industry to its knees 2,000 kilometers (1,200 miles) away.

One volcano achieved what hurricanes, terrorists and flu viruses never managed -- Heathrow, Paris, Frankfurt, Schiphol and all of Europe's other major hubs came to a standstill on Friday afternoon. Airlines canceled 17,000 flights, while Frankfurt and Amsterdam airports set up thousands of camp beds. Losses for airlines are estimated at up to a billion dollars.

German Chancellor Angela Merkel was forced to interrupt her flight home from a visit to the US, landing in Lisbon instead. A Medevac Airbus air ambulance carrying injured German soldiers home from Afghanistan only made it as far as Istanbul. And British comedian John Cleese of Monty Python fame found himself stuck in Oslo. He hired a taxi and was able to reach Brussels for a fee of €3,800 ($5,100).

"I've worked in the industry for 25 years, but this dwarfs anything else I've experienced up to now -- even the events following September 11," says Michael Garvens, director of Germany's Cologne-Bonn Airport. Stranded shipping containers are piling up where normally up to 50 FedEx, DHL and UPS cargo planes arrive every evening. The airport's background noise is no longer roaring jet engines, but twittering birds. "The whole thing is like a lake where the inlets have been cut off and the water is slowly drying up," Garvens says.

This forced shutdown hit the air freight industry at the worst possible time. Many airlines reduced their capacity in the course of the global financial crisis. But after the economy recovered surprisingly quickly, especially in Asia, transport capacity was suddenly tight.

Companies everywhere are taking precautions against a worst-case scenario. German engineering giant Siemens used some of the last planes in the air to stock up its replacement parts storage facility in Mississippi, to ensure supplies for clinics and hospitals in the US. Logistics experts at automaker BMW brooded over how they will transport leather seat covers from South Africa to Bavaria if the situation intensifies.

It all began midday on Wednesday, when a telephone rang in Exeter, southern England. Icelandic meteorologists were calling to inform their British colleagues at the Met Office, the United Kingdom's national weather service, that Eyjafjallajökull was spouting ash and a cloud of volcanic dust was blowing eastward from Iceland.

The Met Office operates one of nine centers around the world that assess the risk posed by volcanic ash. The British office is responsible for the Northern Atlantic, a fairly small region but with two distinguishing features -- the area contains some of the world's most important flight routes, as well as one of the most volcanically active regions, thanks to Iceland.

The meteorologists immediately put their supercomputer on the job, feeding it measurement data, weather forecasts and satellite images. Fifteen minutes later, they had their first forecast of how the dust cloud would probably spread. A warning was sent out to airlines at 2 p.m., long before the cloud reached the European continent.

On Wednesday evening, a postal airplane in northern Norway first reported swaths of ash over the ocean. On Thursday morning, air traffic authorities closed Scottish airspace. Shortly afterward, the skies above London also experienced a state of quiet such as the city hadn't known in decades.

But perhaps no one was more surprised by the Icelandic volcano's spectacular effect than volcanologists themselves, who are well accustomed to things far worse than Eyjafjallajökull.

Haraldur Sigurdsson, an Icelandic volcanologist, knows the tremors and vibrations of Iceland's volcanoes better than almost anyone else. "Each one has its own character," he says. Eyjafjallajökull, at 700,000 years old, is one of the island's oldest volcanoes, and not very active. "It's more of an introvert," Sigurdsson explains. "I would say: a weary old man."

Yet none other than this old man among volcanoes has managed to create chaos across an entire continent. One factor exacerbating this eruption was the fact that the rising magma mixed with ice in the crater. As the blazing hot lava hit the 200-meter (650-foot) thick glacier, the ice turned explosively to steam. "In the process, the magma was absolutely pulverized," Sigurdsson says.

Weather also conspired against Europe. Just as the volcano was erupting, the North Atlantic jet stream was passing over Iceland from the northwest, carrying myriad sharp-edged particles on a collision course with Europe's air fleets. "It's as if it's jinxed," says Helmut Malewski, who is tracking the ash cloud at Germany's National Meteorological Service's central forecasting office. "The wind blew from the east all winter. But just now, when the volcano goes active, it blows from the northwest." Dryness was another factor. "One strong rainstorm over the North Sea would have washed out the ash and helped us dramatically," Malewski says.

Still, things could have been a lot worse. In the past, volcanoes have disrupted the Earth's climate again and again. After the eruption of Mount Pinatubo in the Philippines in 1991, average global temperatures cooled by half a degree Celsius. Volcanoes are also the suspected culprits behind the mini ice age that occurred during the 17th and 18th centuries.

Despite its might, Eyjafjallajökull hasn't forced its plume high enough for that to happen. Ash from the volcano's plume has reached an altitude of only about 10 kilometers (six miles), not high enough to reach the stratosphere. "So the gas and particles will remain below that in the troposphere and will be carried down to the Earth's surface by rain in the coming days or weeks," says Michael Bittner of the German Aerospace Center (DLR) in Oberpfaffenhofen.

The volcano has also blown less toxic ash and gasses into the air than many of its cousins. Bittner and his team have reviewed images taken by the Eumetsat satellite and concluded that Iceland's Eyjafjallajökull has spewed 2,000 tons of sulphur dioxide into the air. Pinatubo spouted 10,000 times that amount. "Even if it remains active for an extended period of time, it still won't come anywhere close to the scale of Pinatubo," Bitter predicted.

But all that could change if Eyjafjallajökull awakens its larger brothers. The Katla volcano, barely 25 kilometers to the east, has enormously higher explosive power. It also has a rather nasty habit of erupting shortly after Eyjafjallajökull. The last major eruption of Eyjafjallajökull lasted for two years, ending in 1823 when Katla erupted like a massive cannon.

So far, Katla hasn't reacted -- GPS stations haven't registered any movements in its slopes. But there's still another fire-spewing giant in the area -- Heckla. "That volcano erupts, with a regularity that astonishes geologists, every 10 years," says Thomas Walter of the German Research Center for Geosciences (GFZ) in Potsdam. "It is long overdue."

Such chain reactions are not uncommon for volcanic mountain ranges, especially in Iceland. "If one volcano erupts next to a neighboring one where pressure has also built up, then it can give it the decisive kick," says Walter. But he won't venture to predict when the next volcano will erupt.

The dangers posed by volcanoes are significant. In 1989, an ash plume from the Mt. Redoubt volcano caused engine failure in a jumbo jet operated by the Dutch airline KLM over Alaska. The cockpit windows and shell of the 747 were literally sand-blasted. St. Elmo's fire flashed in front of the cockpit glass, glowing ash embers lit up between the engine blades and it smelled of sulfer inside the cabin.

Pilots learn a special procedure for such moments: They continuously ignite the engine to prevent engine failure, begin a descent in order to maintain speed and then turn around. "You go back as quickly as you can to an area where there wasn't any ash," says Lufthansa Captain Jörg Handwerg.

There's good reason, too: The engines are fighting for life. The ash particles melt in the turbine and they can clog the engine's cooling air bores.

Still, that kind of horror scenario can only really happen in the heart of an ash plume. Across most of Europe this week, the concentration of ash particles has been low, and the consequences for airplanes would have been much less dramatic. It still would have been costly, though, because even in low concentrations, the particles grind against a jet engine's blades.

"The effect of an ash plume like that on an engine is equivalent to about five years of flight," says Odilo Mühling of German jet engine manufacturer MTU. Airlines that attempt to fly before the cloud has cleared up entirely risk costly repair bills.

For the airlines, it's a torturous numbers game. On the one hand, it can cost an airline more than €10 million per day if it is forced to ground its entire fleet. On the other hand, they also know that it cost over $80 million to overhaul the KLM jumbo jet, which was brand new and had only just gone into service, after it flew through the volcanic ash plume in Alaska.