It appears aviation authorities may have been correct to ground planes across Europe following last year's volcanic eruption in Iceland, a new scientific study has concluded. The continent's airspace was shut down for seven days over fears the ash thrown into the air by the Eyjafjallajökull eruption could damage jet engines and cause planes to crash.

At the time, however, criticism was widespread over the drastic measures taken in closing large parts of European air space, which affected millions of passengers and cost close to €5 billion ($7.3 billion) in damages and lost revenues. Critics said the moves were unnecessary and that aircraft were not in any serious danger.

"The closing of airspace was a total overreaction to a relatively small volcanic outbreak, but unfortunately methods for measuring the ash concentration are still insufficient," volcanologist Haraldur Sigurðsson told SPIEGEL last year.

But now the study, carried out by scientists from the University of Iceland and the University of Copenhagen in Denmark and published in the Proceedings of the National Academy of Sciences journal, has concluded that the ash released in the first part of the eruption did in fact pose a significant threat. The fragments analyzed were "sharp and abrasive" even after being mixed with water, and could have posed a danger to aircraft by sandblasting windows and damaging engines, the researchers stated.

The eruption, which began on April 14 last year, was made especially explosive through glacial meltwater coming into contact with volcanic magma. The water chilled the magma, with the ensuing pressure causing the explosive eruption. Tiny pieces of hard, abrasive material were flung out, reaching heights of more than nine kilometers and spreading out across the continent, reaching as far as Russia.

The researchers' report stated: "In the lab, ash particles did not become less sharp during two weeks of stirring in water, so airborne particles would remain sharp even after days of interaction with each other and water in clouds. Thus, concerns for air transport were well grounded."

The report's senior author, Susan Stipp of the University of Copenhagen, told the BBC: "I think the really important parts of it are: No. 1, the aviation authorities were absolutely right in closing airspace. No. 2, we have presented a protocol so that, if answers are needed quickly in future, they can be had."

"Then the data that are produced can be put into models to determine how far, how high and how wide the ash will spread that will be based more on fact than on guesswork," she said.

On April 19, 2010, the German Aerospace Center (DLR) carried out a test flight over Leipzig, Hamburg and Cologne at an altitude of mostly 8 kilometers (5 miles) and found that the concentration of big volcanic ash particles would be comparable to the sand dust clouds from the Sahara which sometimes reach Germany. This and others tests apparently showing little risk to aircraft caused much anger, with many airline executives furious about the air traffic shutdown, the largest seen in Europe since World War II.

There was a total closure of international airports in Germany from April 16-21, and more than 100,000 flights were cancelled. German Chancellor Angela Merkel herself was stranded by the closures in Italy and forced to drive back to Germany by bus.

Both Wolfgang Mayrhuber, then the CEO of Germany's Lufthansa, Europe's largest airline, and Air Berlin CEO Joachim Hunold hit out at the time over how long the flight ban remained in place.

But now it seems the scientists may have gotten it right after all. 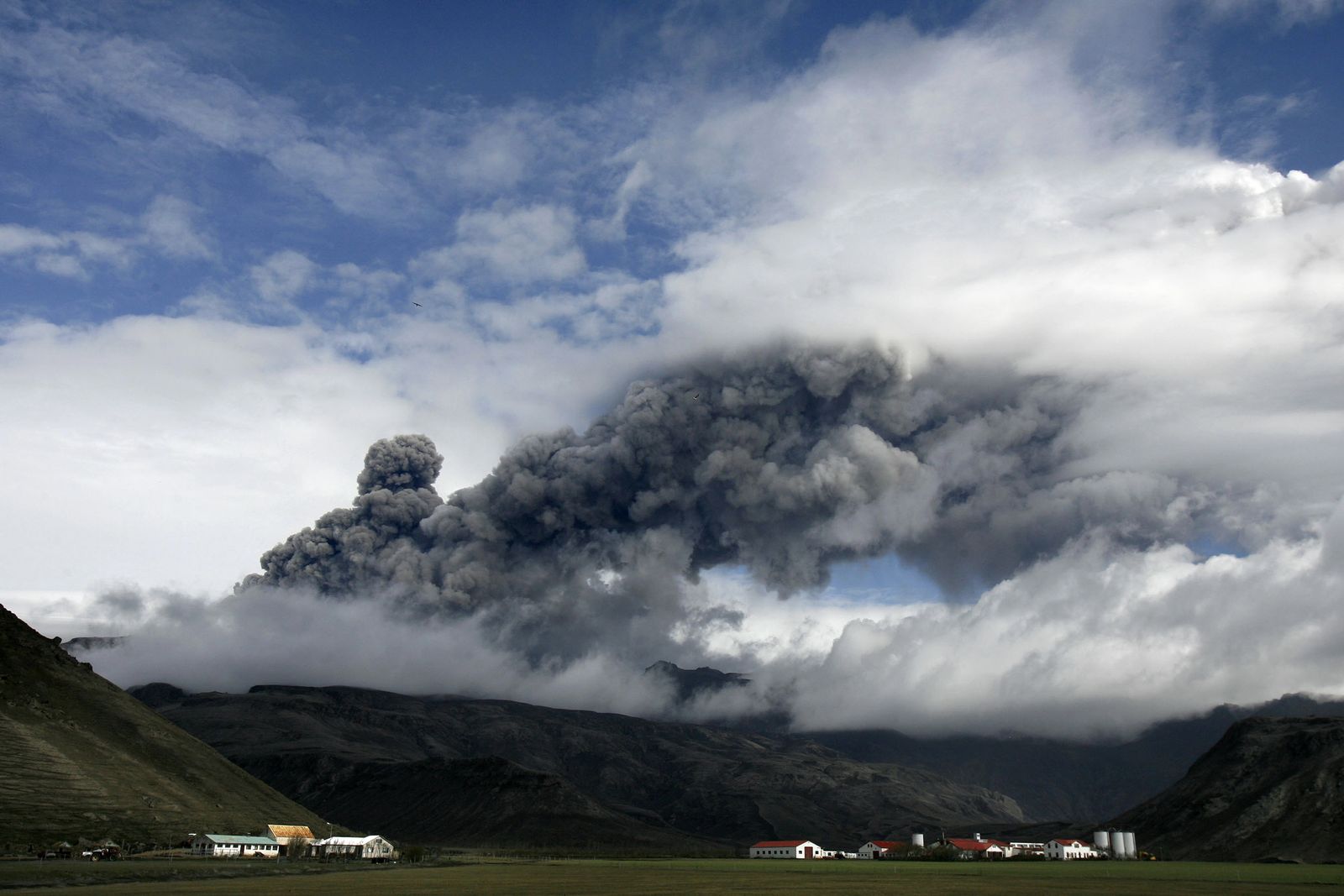 A plume of ash rising from a volcano erupting under the Eyjafjallajökull glacier on May 5, 2010.