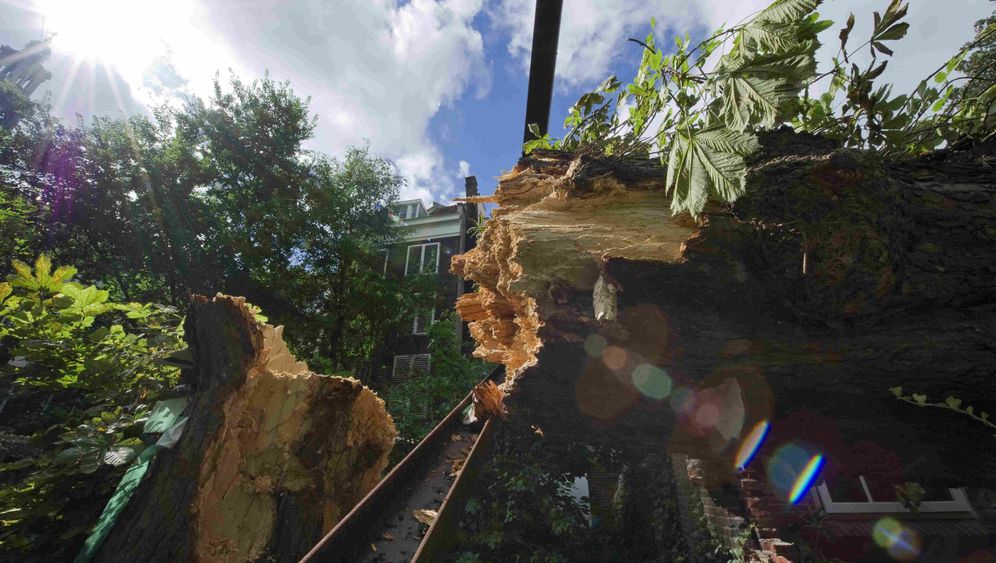 In 2007, it got a reprieve. A last-minute ruling by a judge saved the proud chestnut tree that Anne Frank had gazed at as she was hiding from the Nazis in her Amsterdam attic. It had been slated for felling due to an illness which had made it instable.

On Monday, however, a storm knocked over the 150-year-old tree, weakened as it was by fungus and moths. "Someone yelled, it's falling. The tree is falling," museum spokeswoman Maatje Mostart told the Associated Press. "Luckily, no one was hurt."

The tree, which had offered comfort to Anne Frank and her family during their 25 months in hiding, did little damage as it fell, and the Anne Frank House museum was untouched. High winds and heavy rain have been blamed for the chestnut's demise.

Three years ago, the tree became the subject of a court battle after the city had publicized plans to remove it due to its advancing frailty and the risk of injury should it topple over. The Netherlands' Trees Institute took the lead in a campaign to save the tree and ultimately a steel support system was installed to prevent it from falling over. On Monday, however, the system proved inadequate.

'As They Glide on the Wind'

Anne Frank mentioned the tree several times in her world famous diary. "Nearly every morning I go to the attic to blow the stuffy air out of my lungs," she wrote on Feb. 23, 1944. "From my favorite spot on the floor I can look up at the blue sky and the bare chestnut tree, on whose branches little raindrops shine, appearing like silver, and at the seagulls and other birds as they glide on the wind."

The Nazis discovered the Frank family hideout and raided it on Aug. 4, 1944. She and her sister Margot both died in the Bergen-Belsen concentration camp in March 1945.

When the support system was installed in 2007, conservationists had hoped that the tree could survive for "several more decades." A number of grafts have been taken of the tree over the years. Whether a new tree will be planted in exactly the same spot depends on the approval of the Anne Frank House's neighbors, on whose land the original tree stood.