They embraced, slapped each other on the shoulder and called each other "my friend." When Jean-Claude Juncker, the prime minister of Luxembourg and president of the Euro Group, met with Greek Prime Minister Antonis Samaras at Samaras' office in Athens last Wednesday, the mood was convivial -- but only for the TV cameras.

Behind closed doors, the Euro Group head got down to business, telling Samaras that the end of the line had been reached, and that the Greek government could no longer expect any special treatment from its partners. Juncker also told his host that constantly demanding more time for reforms wasn't helpful.

When Samaras, the chairman of the center-right New Democracy party, was still opposition leader, he had a reputation for being resistant to the advice of his fellow European conservatives. But now he has apparently become a quick learner. During a visit to Berlin two days later, on Friday, he was no longer asking for more time to implement reforms.

Samaras now has two to three weeks left to put together an austerity package worth about €14 billion ($17.5 billion) for the next two years. The Greek leader is promising to privatize state-owned businesses, cut government jobs and collect taxes more efficiently. But politicians in Berlin and Brussels doubt whether his new course will produce results quickly enough.

The troika of the European Commission, the European Central Bank (ECB) and the International Monetary Fund (IMF) will spend the entire month of September auditing the books in Athens. Whether the report will be finished by the time the euro-zone finance ministers meet on Oct. 8 is already debatable. Meanwhile, staff at the European Council in Brussels are assuming that the summit of European Union leaders on Oct. 18-19 will be a showdown over Greece.

The IMF is taking a particularly hard line in the negotiations. The fund's envoys feel that Greece's debts are not sustainable and are threatening to withdraw from the aid program altogether. The only alternative is for the public creditors, in particular the European Central Bank (ECB), to write off a portion of Greece's debt.

The German government faces a dilemma. Chancellor Angela Merkel had made IMF participation a condition of any Greek bailout, but if public-sector creditors agreed to a debt haircut, it would cost Germany many billions of euros.

For Merkel, that is out of the question, as is a third aid package or extending the current program by two years, as Samaras has requested. Both of the latter two options would cost additional money, and that, the chancellor fears, is something members of her own party, the Christian Democratic Union, and its coalition partners, Bavaria's Christian Social Union (CSU) and the business-friendly Free Democrats (FDP), would refuse to support in the German parliament, the Bundestag.

At most, the chancellor can imagine small concessions. It is conceivable that one or the other tranche to Greece will be increased within the existing aid program, say government experts -- but only if subsequent payments are reduced accordingly.

An official likens the method to trying to stay warm under a blanket that's too short: When you pull the blanket up to your neck, your feet become exposed.

The scenario of a Greek withdrawal from the euro is looming. Task forces throughout the euro zone are trying to figure out what would happen next. There is one such task force at the European Central Bank (ECB), one at the German central bank, the Bundesbank, and one at the German Finance Ministry. All three come to the same conclusion: Nobody really knows for sure.

Experts are finding it especially difficult to calculate the effects on the economy and the labor market. No one knows whether the global economy would fall off the cliff, or whether Greece, the European monetary union and the rest of the world would quickly recover from the shock.

It is possible, however, to quantify the direct effects that would be in store for Germany's federal budget if Greece abandons the euro and no longer repays its debts to the partner countries. Experts working for German Finance Wolfgang Schäuble estimate an annual cost of €2.5 billion, which would persist for several decades.

Athens has received the message that Berlin, Helsinki and The Hague believe a "Grexit" could be absorbed economically. This has prompted conservative Prime Minister Samaras to try a new strategy: stoking fears of a wave of impoverished migrants. Should his country become destabilized as a result of leaving the euro, says Samaras, the rest of Europe could see a tsunami of refugees. 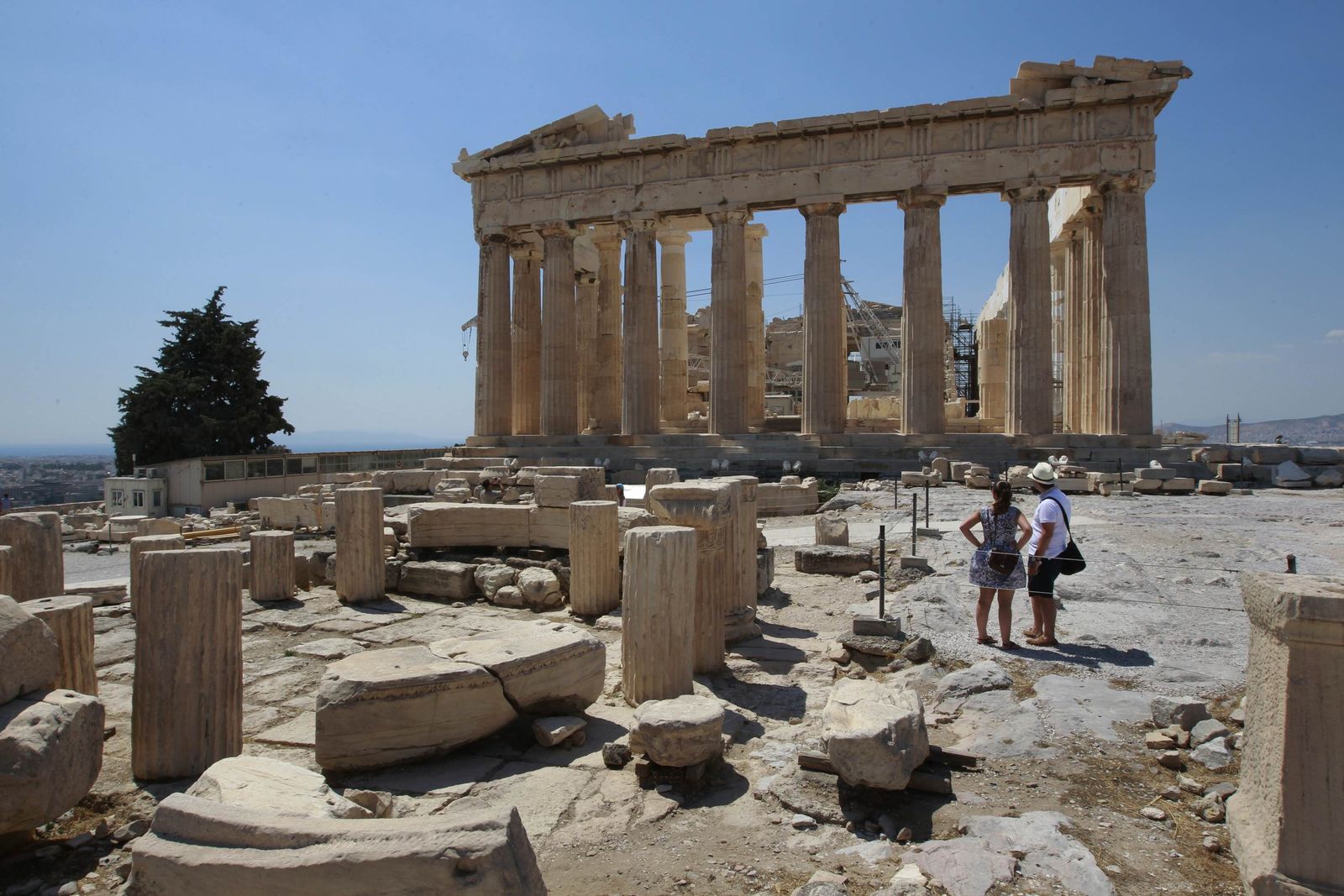 The Parthenon temple in Athens.