As recently as Monday, one could almost have formulated a cautious conjecture for how the European Union summit scheduled for Thursday and Friday would play out. The EU, it seemed, would agree to significant changes to the Lisbon Treaty to enshrine automatic penalties for those states in violation of euro-zone debt rules and would take steps toward greater fiscal integration in the common currency area.

In response, as hinted by European Central Bank President Mario Draghi last week, the ECB would step up its bond-buying program. Financial markets would be reassured, interest rates on sovereign bonds issued by heavily indebted European countries would fall and Europe would thus have time to implement the treaty changes and work its way out of the debt crisis.

As the summit approaches, however, that scenario is looking increasingly optimistic. Some might say naïve. Indeed, with Standard & Poor's raising the specter of a downgrade for 15 of 17 euro-zone countries along with the euro backstop fund, the European Financial Stability Facility (EFSF), the pressure is greater than ever to push through a package of measures that will deeply impress investors.

A key element of that package will be the tighter debt rules for the euro zone agreed to by Chancellor Angela Merkel and French President Nicolas Sarkozy on Monday. For weeks, Merkel has been touting such an approach as the only way the euro zone can ensure that a similar debt crisis doesn't crop up again in the future. Despite initial reluctance, it would now appear that she has the support of Paris and other euro-zone capitals.

But many are concerned that promises to increase fiscal integration won't be enough. After all, such changes could take months to implement -- too long, say many analysts, for countries like Spain and Italy, which have had significant difficulties recently in borrowing money on the bond market at reasonable prices.

Several options for additional measures have already been taken off the table. Chancellor Angela Merkel has made it abundantly clear that she is adamantly opposed to the idea of pooling euro-zone debt in the form of euro bonds. Berlin is also not a fan of massive bond buying by the ECB.

But this week, a slew of last minute proposals have emerged aimed at finally convincing the financial world that Europe can get the crisis under control. In addition, a number of older ideas have been re-floated. SPIEGEL ONLINE offers a concise overview of what will be on the agenda this week and a couple of ideas that might make the cut.

In March of last year, the plan seemed simple enough. Once the temporary euro bailout fund, the EFSF, expired in 2013, a permanent fund would move in to take its place. The European Stability Mechanism (ESM) would then pick up where the EFSF left off.

Still, despite the severity of the problems the funds were called on to address, the idea of throwing untold billions at debt-stricken countries such as Greece, Portugal and Ireland was far from popular among the European electorate. As such, EU leaders made sure to stipulate that the €500 billion tagged for the ESM would not come in addition to the €440 billion earmarked for the EFSF.

EU leaders have since indicated that they would like to move up the implementation of the permanent bailout fund to 2012. And now, according to reports in Reuters and the Financial Times, European Council President Herman Van Rompuy would like to see the €500 billion cap revisited. The result would be a kind of superfund for the period during which the EFSF and ESM overlap adding the roughly €250 billion remaining in the temporary fund to the €500 million which will become available once the ESM, which has not yet been ratified, goes into effect.

Furthermore, EU officials have also recently considered having the central banks from the 17 euro-zone members pay into a new fund at the International Monetary Fund, allowing the IMF to play a greater role in helping countries that need it.

A Banking License for the ESM

Initially, when plans for the EFSF and later the ESM were created, it was thought that the euro zone would only have to prop up a few of its smaller members. Specifically, leaders hoped that if they could prop up Ireland, Portugal and Greece, debt contagion would cease spreading and markets would leave larger economies alone.

That, though, turned out not to be the case. In November, borrowing costs for Italy spiked well over 7 percent and into territory seen as unsustainable over the long term. Spain also saw interest rates on its sovereign bonds climb to just below 7 percent with rates on French, Belgian and Austrian bonds likewise worrisomely ticking upwards.

While they have since fallen back, the idea to combine the EFSF and the ESM is aimed at convincing markets that the euro zone could prop up a larger euro-zone economy if need be.

And it's not the only proposal with such ambitions. Reuters reports that Van Rompuy is also interested in granting the ESM a banking license, which would allow it to directly recapitalize struggling banks. Currently, it may only do so indirectly by lending money to national governments to then pass on to their banks.

More importantly, however, a banking license would give the ESM access to European Central Bank money.

It is not an uncontroversial proposal. Both Germany and the ECB came out against granting the ESM a banking license when it came up for discussion prior to an EU summit in October. And the Free Democratic Party (FDP), Merkel's junior coalition partners, are also opposed. "Granting a banking license to the European bailout fund would be the wrong approach," FDP head Philipp Rösler has said.

It would, however, be one of the more potent measures under discussion were it implemented.

Euro Bonds After All?

The idea of bundling euro-zone debt is dead. That, at least, is Merkel's hope. She has long been opposed to the idea and even managed to convince Sarkozy to give up on the idea. Following their meeting in Paris on Monday, the French president said "Germany and France are in complete agreement that euro bonds are in no case a solution to the crisis."

And yet, they are back. According to the Van Rumpuy report seen by Reuters, the European Council president would, once again, like to see the idea of euro bonds discussed. Merkel is not likely to be ecstatic.

But for all of Berlin's efforts to portray euro bonds as a terrible idea -- primarily because they could remove pressure on indebted countries to introduce budgetary reform -- many euro-zone countries remain in favor. And some analysts suggest that, if they were just designed correctly, they could make everybody happy.

John Muellbauer, a professor of economics at Oxford, has proposed the idea of conditional euro bonds. Instead of allowing all euro-zone countries to borrow at the same interest rate under a traditional euro-bond regime, conditional bonds would impose differences based on each country's macroeconomic vital signs.

Say, for example, that interest rates on bonds backed by the entire euro zone were 2 percent. A country like Italy, with a massive sovereign debt load of 120 percent of gross domestic product, could pay a premium over and above that to stable countries like Germany. If that spread were an additional 2 percent, Italy would then be paying 4 percent, much lower than the over 7 percent recently demanded by investors.

Furthermore, such a system could include built-in incentives. Were Italy to make progress on introducing tough budgetary reforms, that spread could drop to 1.5 percent and then, should more progress be made, to 1 percent.

"It seems to me a no brainer," Muellbauer told SPIEGEL ONLINE. It is a system, he says, "where German taxpayers are not going to lose out and the structure is such that the Italians and the Spanish will have incentives to get their house in order."

The idea may not be all that far-fetched. Muellbauer recently presented his conditional euro bond idea to ECB officials. And the November euro bond proposal from European Commission President Jose Manuel Borroso, which was roundly condemned by Berlin, contained three possible types of bonds. One of them looked a lot like conditional euro bonds.

One of the primary hurdles the euro zone has faced as it attempts to overcome the debt crisis is credibility. EU leaders have promised reforms, they have passed austerity programs and erected bailout funds. But the markets still don't seem to believe that they are serious.

In part to counter that mistrust, German Finance Minister Wolfgang Schäuble proposed last week that every country in the euro zone set up a fund for all sovereign debt over and above 60 percent of its GDP, the maximum allowed according to euro zone rules. The so-called "redemption funds" would then be paid down annually with the goal of paying them off completely in 20 years. Schäuble said the program could be modelled on a similar fund set up by Germany to pay down the debts taken on as a result of reunification in 1990.

The hope is that such a move would restore confidence that euro-zone countries are indeed serious about limiting their debt loads to 60 percent of GDP. And it has received support from Chancellor Merkel. Indeed, the German leader said last week that she may address the idea at this week's summit.

First and foremost, however, Merkel will be focused on pushing through the treaty changes she would like to see be made. And according to media reports, she isn't planning to back down. Germany, said a top Berlin official on Wednesday, will not agree to any "lazy compromises." 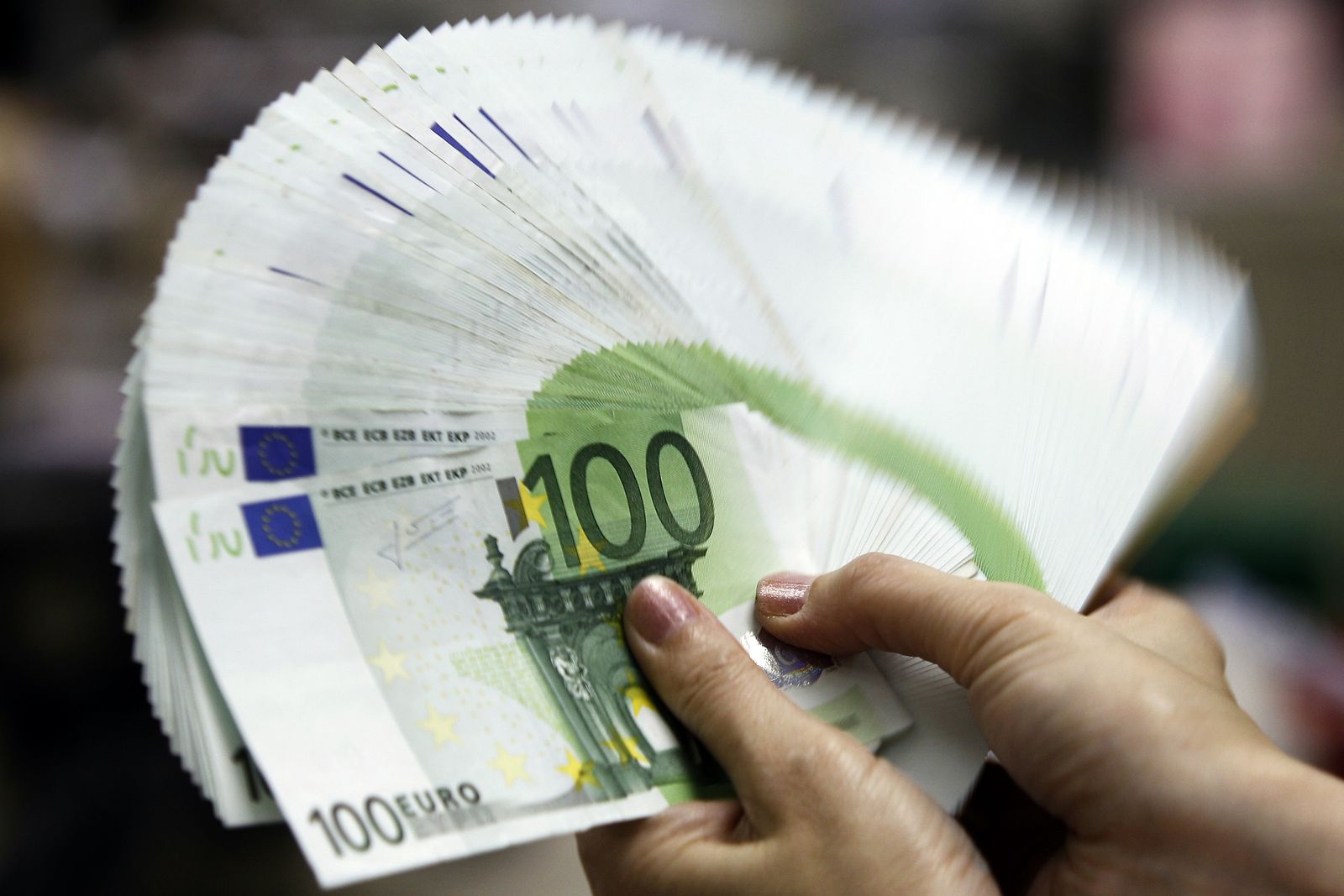 The euro needs saving. Is Europe up to the task?