The deutsche mark is still around. Even almost nine full years after the introduction of euro notes and coins, German households still have an estimated 13 billion deutsche marks -- stashed in hiding places, in collections or under grandma's mattress. And, if opinion polls are to be believed, almost 50 percent of Germans would like to see the currency reintroduced as the country's official means of payment.

In fact, pollsters at the EU's Eurobarometer have determined that: "For many Germans, the deutsche mark was the symbol of economic security, stability and prosperity." Those are attributes that euroskeptics will never be able to associate Europe's single currency with.

From one perspective, they might be right. Hasn't the financial crisis in Europe gotten drastically worse in recent weeks? First it was Greece, and now Ireland too has had to draw on the €750 billion ($993 billion) euro rescue fund set up this year to prevent the euro zone from breaking apart.

A number of other euro-zone countries may be about to share the same fate. Financial markets are already betting that Portugal will need a bailout. And, if worse comes to worst, it could even happen to Spain, which would surely mean the end of the euro as we've known it.

But what would really happen if the euro collapsed? Would it really herald a return to the good, old days, to a Germany that uses the much-revered deutsche mark? Or could it actually be a harbinger of chaos and economic depression?

According to the first scenario, Germany and the other more stable euro-zone countries -- such as Austria and the Netherlands -- would jointly introduce a "hard-currency euro." A similar idea was recently floated by Hans-Olaf Henkel, the former president of the Federation of Germany Industry (BDI) on German public television. Henkel called for the establishment of two distinct euro blocs: a northern one "that doesn't want any inflation and is used to budget discipline" and a southern one that can go ahead and devalue its currency whenever it feels so inclined.

According to the second scenario, Germany actually would return to the deutsche mark. There would no longer be a shared-currency zone in Europe, and each former euro-zone country would decide its own monetary policy again.

But is that something anyone would really want? After all, Germany has reaped all sorts of benefits from the euro. A collapse of the common currency would have dramatic effects. Here is a list of possible consequences:

The Staggering Costs of a New Currency

All the preparations that go into adopting a new currency cost a lot of time and money. In fact, the high transaction costs alone would cause massive damage to the national economy. For example, huge amounts of new bank notes would have to be printed, and mountains of coins would have to be minted. Moreover, in terms of logistics, exchanging euros for new deutsche marks -- in whatever form they assume -- would require a massive amount of effort. And, what's more, the old euro bank notes and coins would also have to be destroyed.

Of course, these same obstacles had to be surmounted when Germany originally moved from the deutsche mark to the euro. But, back then, the euro zone had been a long time in the planning: The euro went into serial production already in 1999, and euro notes and coins didn't become an officially recognized means of payment until 2002. If the euro were now to collapse, Germany would have nowhere close to this amount of time -- or, even more importantly, calm.

And there would be other consequences as well. Merchants and restaurant owners, for example, would have to re-adjust all their prices back into deutsche marks. ATMs, computers and cash registers would have to be reprogrammed. That's all obviously possible -- but it would still be very expensive.

Without the Euro, German Exports Would Tank

Already six months back, leading German economist Peter Bofinger said: "Many Germans' eyes would start to glisten with emotion if the deutsche mark were to come back." But he also warned that "the economic consequences would be disastrous."

More than anything, the reintroduction of the deutsche mark would be a major blow to Germany's export-driven economy, according to Friedrich Heinemann, an expert on EU economics at the Mannheim-based Center for European Economic Research (ZEW). Since the deutsche mark would be attractive to investors, Heinemann explains, they would retreat into this "safe haven," which in turn would lead to significant and presumably uncontrolled appreciation of the currency on the foreign exchange markets.

This would make German goods dramatically more expensive abroad, which would result in a serious competitive disadvantage, especially since roughly 40 percent of German exports go to other euro-zone countries. Last summer, Gerhard Cromme, chairman of the supervisory board of German engineering giant Siemens, described the consequences in drastic terms: "Prices would shoot up so high that those of us in the industrial sector would no longer be able to sell anything out there in the world."

If German exports went into a slump, there would also be fatal consequences for the domestic labor market. Experts calculate that there would be severe job cuts in Germany if this were to happen. As ZEW expert Heinemann puts it: "A rise in unemployment would be unavoidable."

German companies would also have to assume billions in additional costs. For example, without the euro, they would have to hedge themselves against major currency fluctuations. Thanks to the common currency, this has not been necessary when exporting to countries within the euro zone.

What's more, a collapse of the euro or the re-introduction of the deutsche mark would throw financial markets into chaos. At the moment, all the big German banks have euro-denominated government bonds issued by other EU countries on their books. Were the common currency to disappear, these countries would be forced to repurchase these bonds in drachmas, lire or whatever currency they assumed. But this would present the banks with a serious problem: The enormous appreciation of the deutsche mark would mean that these currencies would be worth much less and, as Heinemann explains: "German banks would be threatened with enormous loan losses."

Europe Would Cede Influence to China and the US

A defeat of the euro would be a victory for the dollar, which would continue on for the time being as the unrivalled currency for all major international transactions. At the same time, a breakup of the euro zone would also cause damage at the political level. As Andreas Scheuerle, an economist with DekaBank, said last summer: "Europe would suffer a massive decline in importance vis-à-vis the United States and China."

Should this scenario really play out, the SWP's Schwarzer also warns of a "monstrous weakening of Europe." The political consequences would be downright devastating as well. In fact, Schwarzer even believes that an end to the euro zone could lead to significant tension between EU member states. In the end, she says, the entire European Union would be threatened.

In the light of these consequences, one possible benefit of reintroducing the deutsche mark, seems downright ridiculous: Vacationing in Italy, Spain and Portugal would be cheaper because, as the ZEW's Heinemann puts it: "The Germans' purchasing power abroad would increase." Nevertheless, it would only be a short-lived advantage given the feared turbulence on the German labor market and the resulting drop in incomes. What's more, Germans traveling to former euro zone member countries would have to resume exchanging their deutsche marks for foreign currency, for a fee -- an annoyance the euro had done away with.

The bottom line is that re-introducing the deutsche mark would have many more negative than positive effects. ZEW expert Heinemann also speaks of an "unimaginable scenario that would have unpopular consequences for everyone involved." And, for this reason, he thinks that chances are very slim that it will ever come to that. 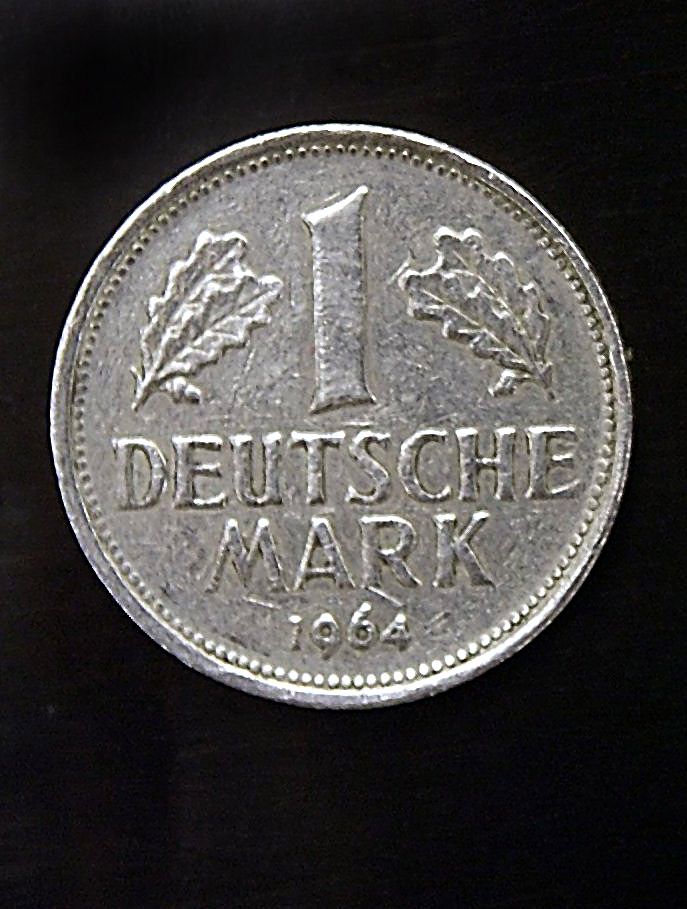