The final wake-up call came from Moody's. On Thursday evening, the US rating agency downgraded 16 Spanish banks in one fell swoop, some of them by three notches. On Monday, the agency had already downgraded 26 Italian banks -- including major institutions such as UniCredit and Intesa Sanpaolo. The outlook for all the institutions involved is negative, Moody's said.

These are drastic steps, but they are hardly excessive. The European sovereign debt crisis long ago also became a banking crisis. The fate of the affected countries can not be separated from that of their financial institutions: If a state goes bankrupt, its banks too will struggle to survive. On the other hand, the examples of Ireland and Spain show that a shaky banking system can quickly overwhelm national budgets.

Moody's justified its downgrades of Spanish banks with the argument that the ability of the government to support individual banks has worsened. On Friday, the Spanish central bank was also forced to admit that the proportion of bad loans on the books of Spanish banks has risen to an 18-year high. According to the central bank, the share of bad loans rose in March to 8.36 percent, compared to 8.15 percent in the previous month.

Reports began trickling in earlier this week that savers in Greece were withdrawing hundreds of millions of euros from their bank accounts -- the German news agency DPA reported that almost €900 million was withdrawn just on Monday alone. Since then Europe has been seized by the fear of a worst-case scenario in Greek's banking system: a so-called bank run, as customers who have lost confidence in their banks rush to take out their savings.

Such a run would be the final stage in the loss of confidence in the banks. For months now, wealthy individuals in crisis-hit countries have already been moving billions of euros abroad out of fears about the stability of the financial systems in their own countries. Until recently, however, there had been few signs of abnormal behavior in terms of ordinary savers withdrawing cash.

The reason a bank run is so feared is because it could land every bank in the world in trouble -- even the healthiest ones. The banking system depends on the fact that banks only hold a small portion of customer deposits in cash that is ready to pay out. The rest is invested or passed on to other customers as loans.

Now, rumors are circulating that in Spain, too, people have begun to clear out their accounts at certain banks. The newspaper El Mundo reported that customers had withdrawn over €1 billion from the beleaguered major savings bank Bankia last week. The government in Madrid has denied the report, but the situation remains tense. On Friday, the Spanish newspaper Expansion reported that the US investment bank Goldman Sachs has now been tasked with providing an independent assessment of the problem bank.

Some financial experts are now calling for rapid intervention by the European Central Bank (ECB) in order to prevent mass panic. "Once a bank run begins, it is very hard to stop without a credible deposit guarantee," Tristan Cooper, sovereign debt analyst at Fidelity Worldwide Investment, told the news agency Dow Jones. "Given the fragile fiscal position of Spain, the European Central Bank is under increasing pressure to step in to calm depositors' nerves."

But the ECB's options are limited. It has already provided Europe's banks with extremely cheap money in the form of three-year loans within the scope of its Long Term Refinancing Operations (LTROs). At that time, the banks borrowed a total of around €1 trillion in two auctions in December 2011 and February 2012. The ECB could provide another cash injection now. But some banks in crisis-hit countries are clearly running out of assets to give to the ECB as collateral for the loans. Eligible assets mainly include government bonds, though under certain conditions corporate loans can also be submitted.

On Wednesday, the ECB confirmed that a number of Greek banks have now been cut off from its refinancing operations. They apparently lack sufficient capital to use as collateral. Now those institutions will have to be kept alive through emergency loans from the Greek central bank in Athens.

Not all experts regard cheap money from ECB as a good solution. Hans-Werner Sinn, head of Germany's influential Ifo Institute for Economic Research, says that the ECB's actions have intensified the capital flight from the crisis-hit countries. "The cheap loans have downright put private capital to flight," he wrote in a recent opinion piece for financial daily Handelsblatt. "The purpose of the ECB measures was to build trust again and restore the inter-bank market. In that respect, they obviously weren't particularly successful." 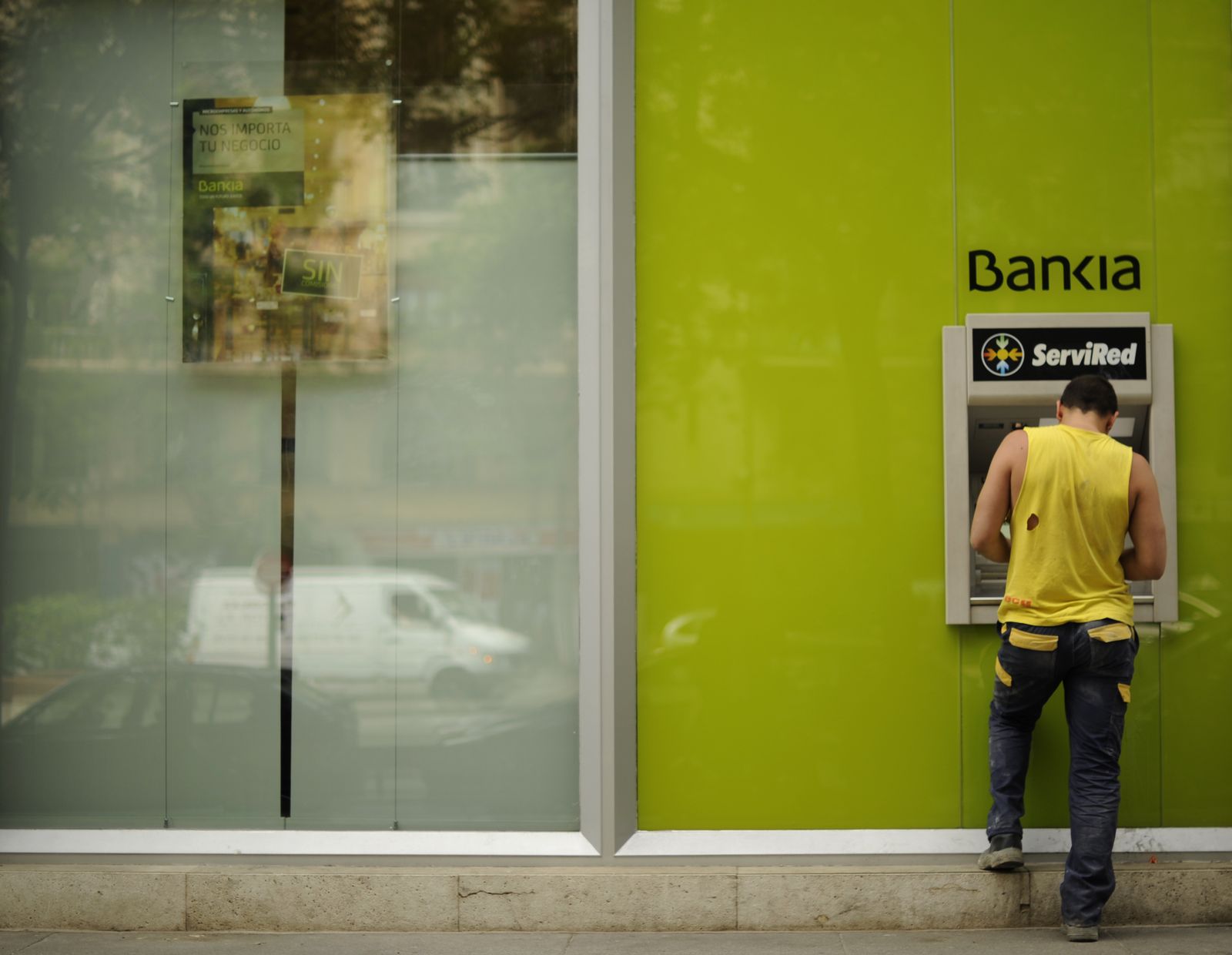