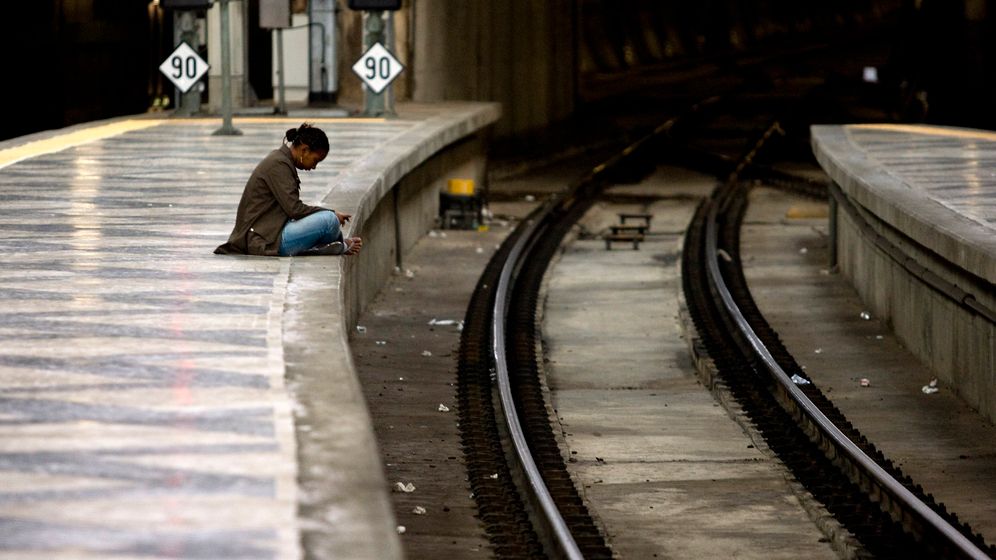 "Fear defeats more people than any other one thing in the world," wrote the American philosopher Ralph Waldo Emerson. The current crisis in Greece shows that the fear of failure can also bring countries to their knees. Greece's precarious financial situation has brought the state to the brink of bankruptcy in record time.

Portugal could be next. The country is under pressure due to fears that it could be sucked into the Greek maelstrom. In the past few days, the government in Lisbon has experienced the power of international markets. On Wednesday, the rating agency Standard & Poor's announced it would downgrade Portugal's credit rating to A- and warned that further downgrades were possible.

The devaluation was partly based on technical reasons. As a result of the Greek crisis, nervousness spread on the bond markets. This increased the interest premiums on Portuguese government bonds. Standard & Poor's reacted by giving the country a lower rating. But this only accelerates the downward spiral: Investors become even more nervous, the interest rates on Portugal's bonds rise rapidly and new downgrades become more likely.

This panic mechanism has been influencing the bond markets for months, significantly exacerbating the debt problem in countries such as Portugal. In the case of Portugal, however, the fears are hardly justified. Economically and financially, the country is far better off than Greece:

Government Effective Despite Minority in Parliament

Indeed, the crisis that Portugal is facing is mainly a political one. "Early elections and postponed reforms have seriously shaken confidence in the government's ability to act," says Pedro Tadeu of the newspaper Diário de Notícias. In addition, Prime Minister José Socrates of the Socialist Party (PS) is head of a minority government, meaning that the opposition can block its reforms at any time.

Currently, however, the government and the largest opposition party, the conservative PSD, are demonstrating unity and determination. On Wednesday, Socrates and opposition leader Pedro Passos Coelho stood side by side at an appearance in the Sao Bento Palace in Lisbon, the seat of the Portuguese parliament, and promised decisive action against the "unjustified speculative attacks."

To achieve that end, Socrates' "Program for Stability and Growth" (PEC) will be changed. Austerity measures that were originally planned for the coming years will now be introduced in 2010. Tax increases are also planned. The tax rate on incomes of more than €150,000 will be increased to 45 percent, which will bring the state an extra €1.3 billion by 2012, according to the business newspaper Jornal de Negocios. In addition, the government plans to introduce a stock market tax and new highway tolls, and cut back unemployment benefits, before the end of 2010.

Support from the Opposition

The chances of Socrates' savings package being implemented are good. Opposition leader Passos Coelho, who has only been in office for a few weeks, said his party would support the legislation in parliament. He is generally regarded as more cooperative than his predecessor, Manuela Ferreira Leite, who for a long time refused to cooperate with Socrates' savings plans. In February, she even supported a regional finance bill, against the will of the government, that allows the autonomous regions of Madeira and the Azores to accumulate up to €400 million in new debt over the next four years.

On March 25, however, the PSD finally approved Socrates' austerity package. After the rating agency Fitch downgraded Portugal's credit rating, the PSD supported the goals of the program indirectly by abstaining in a parliamentary vote.

Socrates and Passos Coelho want to avoid such wrangling this time around. The government's new savings efforts are expected to be approved by parliament in the next few days. The legislation is considered certain to pass, given that the PS and PSD between them have an almost two-thirds majority in the Portuguese parliament.

Socrates is getting less support from the unions, however, as the government wants to freeze civil servants' salaries. There are plans to reduce personnel costs by 10 percent by 2013, which would save the state about €100 million a year. Taxes will also be increased. The only workers who will be exempt are those who earn no more than €518 a month, according to the television station RTP. According to the mass-circulation daily Correio da Manha, Socrates' austerity program "will crush the middle class."

Trade unions have therefore let the prime minister feel their power. On Tuesday, Portuguese railway workers went on strike, as did ferry and bus workers. The industrial action led to numerous traffic jams in Lisbon's metropolitan area as commuters were forced to travel to work by car. "The protests will grow," threatened Manuel Carvalho da Silva, the head of the largest union in the country, the CGTP.

Observers do not expect many political consequences, however. Angry riots like those in Greece are rather unusual in Portugal.

So the political situation is comparably stable. But the question remains: Is Socrates' savings plan realistic? Will he be able to save enough money quickly with his plan? Ultimately, Portugal wants to cuts its record deficit of 9.4 percent of gross domestic product to 2.8 percent by 2013. To do so, the country will need to find savings of €13.5 billion.

"It's ambitious," said Francesco Franco, an economics professor at the New University of Lisbon. "But not impossible." Socrates actually has one decisive advantage: He can sell off valuable state holdings to raise money. It would admittedly be a one-time effect, but it would guarantee that the country could quickly eliminate debts.

Debt Reform Is Only the Beginning

The government has said it wants to sell its holdings in 17 firms, including its shares in the energy firm Galp and Portuguese national airline TAP. The sale of these shares is expected to raise a total of €1.2 billion by the end of 2010.

Socrates wants to save further money by delaying previously planned major infrastructure projects. The planned high-speed railway line between Spain and Portugal, for example, is to be delayed by two years. It is also hoped that the economic upswing will increase tax revenues and decrease unemployment and bring further money into the government's coffers.

So the government has good chances of regaining control of its debt problems. But one still can't say that the country has been economically reformed. Ever since it joined the euro zone in 1999, Portugal, like Spain and Greece, has had a growing structural problem. "Triggered by the commitment by Portugal to join the euro, a sharp drop in interest rates and expectations of faster growth both led to a decrease in private saving and an increase in investment," MIT economist Oliver Blanchard wrote in his classic analysis, "The Difficult Case of Portugal."

For years, this meant that wages grew faster than the economy and consumption also increased. But the growth was deceptive: It was largely driven by an increase in imports. At the same time, Portuguese productivity sank.

"Portugal lived beyond its means for decades," says Ricardo Reis, an economics professor at New York's Columbia University. "The crisis has caused this imbalance to become unbearable." He says that as the country embarks on its austerity course, it must also quickly increase its productivity.

The Portuguese constitution prohibits making cuts to public sector wages, so other solutions need to be found. The bloated public sector needs to be shrunk, competition needs to be boosted and it needs to be made easier for people to set up companies. "Otherwise consumption will collapse in three to five years and the quality of life will decline," says Reis.