If the progress of the last 60 years had to be depicted in only four figures, this is what they would be: In 1960, global agriculture produced an average of 200 kilograms (around 400 pounds) of grain for each person on the planet. Today, it has risen to 400 kilograms. At the same time, the global population has risen from 3 to 7 billion.

These statistics reveal a miracle of sorts: Though the number of people on the planet has doubled in the past six decades, the amount of food per capita has also increased. The percentage of people around the world who are currently suffering from hunger, 11 percent, marks a record low. Never before in the history of humankind has our collective abundance been so high.

Thousands of scientists across the planet are working to turn the extraordinary into reality. They are pursuing new ideas and methods to conquer hunger once and for all in the 21st century. Whether or not they will succeed remains to be seen. Indeed, they face a tremendous challenge.

The global population continues to rise. By the middle of the century, it could reach 10 billion people, according to forecasts. The United Nations (UN) has calculated that between 2050 and 2070, twice as much food will have to be produced than now. Yet the conditions for this are worse than they were during the Green Revolution several decades ago.

The fact is, in order to avoid exacerbating climate change, the amount of cultivated land should not increase. No new piece of rainforest should be cleared to make way for new fields, according to the UN's plan. Every additional calorie must, therefore, be created on existing fields and pastures. It may sound counterintuitive, but according to the UN, in order to produce food sustainably in the long term, more intensive agriculture will be needed.

New technologies may offer a way out of this dilemma, helping farmers to bridge the gap between high yields and environmentally friendly processes. Three scientists provide examples for how this could be achieved:

Donald Ort doesn't aspire to give plants new abilities, but rather to train them using abilities they already have, namely photosynthesis. Plants derive their energy from light and CO2. The only problem is: They aren't terribly efficient at doing so.

Normally, plants use about 5 percent of available sunlight, Ort says. The rest is useless for photosynthesis -- at least it has been so far. "We assume that as much as 20 percent of the light can be used. This is an enormous potential and could more than double the plants' yields."

How Does the Procedure Work?

Researchers are experimenting with the plant enzyme rubisco. It extracts CO2 from the air for photosynthesis, though its method for doing so is anything but perfect. One out of four times, rubisco binds with oxygen instead of CO2. This not only makes photosynthesis impossible, but also creates a toxin in cells that requires a great deal of energy to break down -- energy that a plant could otherwise use to grow.

"Altering rubisco so that it only removes CO2 from the air is the holy grail of my field of research," Ort says. A number of research teams are working on this very issue, yet despite their efforts -- and state-of-the-art genetic engineering -- developing the ideal rubisco molecule remains elusive.

How Far Along Is the Technology?

Ort and his colleagues have developed an interim solution. Rather than improve rubisco, they have implanted a more energy-efficient mechanism for processing toxins into tobacco plants. They were inspired by a mechanism from the intestinal bacteria E.coli. The genetically modified tobacco produces 45 percent more biomass than regular tobacco, thanks to its more economical method for breaking down toxins. 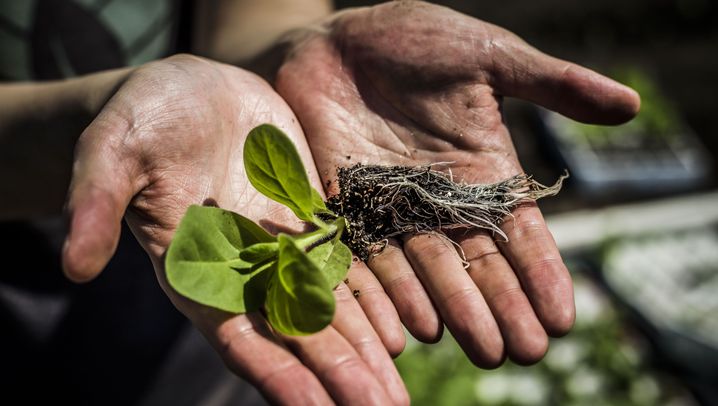 Ort says he has received various enquiries from tobacco manufacturers. But helping them isn't his principle concern. "We're currently testing how efficiently the mechanism works in important foods, such as potatoes," he says. "My concern is getting this technology to the people who really need it." If Ort succeeds, it would be a promising way to increase crop yields.

Even the most efficient plants are little help if they're destroyed by diseases. That's where Rebecca Bart comes in. She's investigating how viruses penetrate plants and is trying to find ways of blocking these mechanisms. One of her areas of focus is cassava plants, whose tubers are considered an important food in many developing countries.

"The plants grow in places where you wouldn't expect to see anything green and don't even require fertilizer," Bart says. Worldwide, nearly 300 million tons of cassava are harvested every year. The fact that it is so susceptible to viral infections is a serious issue.

How Is Bart Helping Plants?

One of the most dangerous diseases for cassava is Cassava Brown Streak Disease (CBSD). The virus destroys the edible tubers underground without affecting the plant itself. Given that it often goes undetected, it can destroy entire harvests -- resulting in an economic disaster for farmers.

Bart and her team have spent years researching how to modify the genes of plants to give them a "natural" defense mechanism against the virus. Their method, however, doesn't yet offer full protection. In the lab, researchers are trying to integrate disease resistance into a suitable strain of the cassava plant.

Will the Super Cassava Help All Farmers?

"We still have our work cut out for us," Bart says. "And not only when it comes to the technical hurdles, but also in terms of societal reservations toward genetically modified plants."

It's important to communicate openly about research and to work closely with farmers in Africa, Bart says. "This is the only way we can find out which plants are most beneficial locally." Bart's research is supported by the Bill and Melinda Gates Foundation and is subject to its Global Access Policy, which requires seeds that are developed by the foundation to be offered at a price that people in developing countries can afford.

Sustainable agriculture precludes the use of too much fertilizer, which can pollute soil and water. That's why Jean-Michel Ané is working to make artificial nitrogen-based fertilizers superfluous. A native of France, Ané focuses on plants that grow splendidly without fertilizer; he wants to transfer their abilities to conventional grains -- all without genetic engineering.

"Today, we feed half the world with synthetic fertilizers," Ané says. Production is based on the Haber-Bosch process, in which nitrogen is drawn from the atmosphere.

"This, however, requires fossil fuels, such as natural gas," the researcher explains. And they're expensive. Thirty percent of the cost of growing wheat is spent on fertilizer. Meanwhile, there are plants that naturally get by with much less artificial nutrient input. Take soybeans, for instance. Only 5 percent of the cost of growing soybeans is spent on fertilizer. This is possible because the plants live symbiotically with bacteria that draw nitrogen from the air.

The microorganisms live in nodules in the soybeans' roots and help to make the nitrogen usable for the plant. "It would be easiest if we could teach plants how to produce this enzyme directly in their cells," Ané says. Then they could fertilize themselves. However, he believes it will be decades before this is possible.

That's why scientists are currently focusing on other approaches. Ané is investigating an old strain of corn that has perfected self-fertilization. "These plants are extraordinary in every respect," he says. The indigenous population in Mexico cultivates the plants in extremely nutrient-poor soils at altitudes of 1,500 to 2,000 meters (6,562 feet) and doesn't fertilize them. Yet they still grow up to 6 meters high.

In search of a reason for the vast differences, the researchers noticed the stem of the exotic corn was covered in aerial roots from top to bottom. These continuously grow throughout the plant's life and form a viscous gel when it rains. The goo provides optimal conditions for bacteria that can extract nitrogen from the air and make it available to the plants.

How Far Along Is the Technology?

"The ancient corn's ability to extract nitrogen from the air can be reproduced in our varieties," Ané says. The researcher estimates that breeding would take five to 10 years. It's difficult to say today whether the plants will be able to survive entirely without fertilizer. "But we can at least reduce the amount," he says. 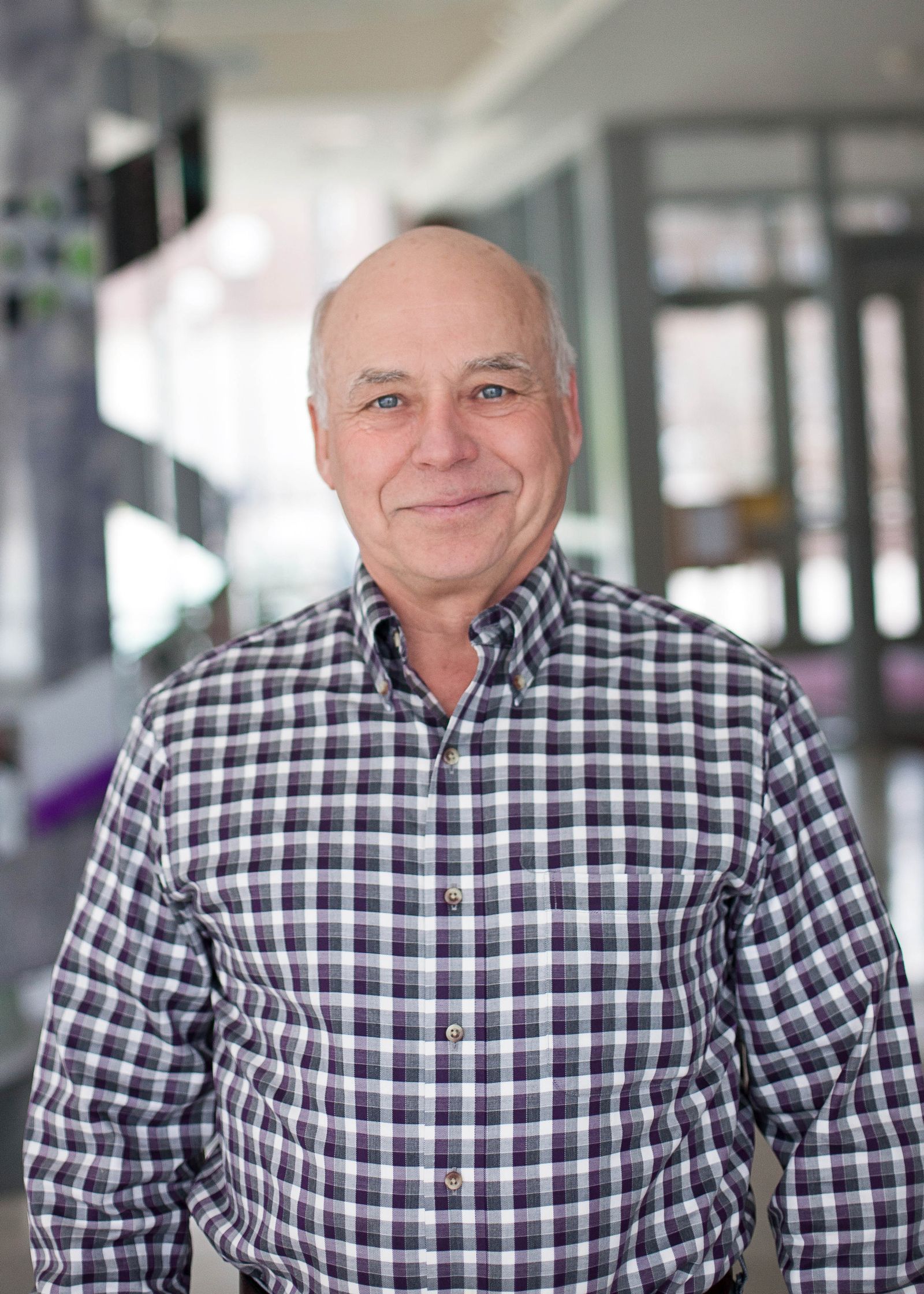 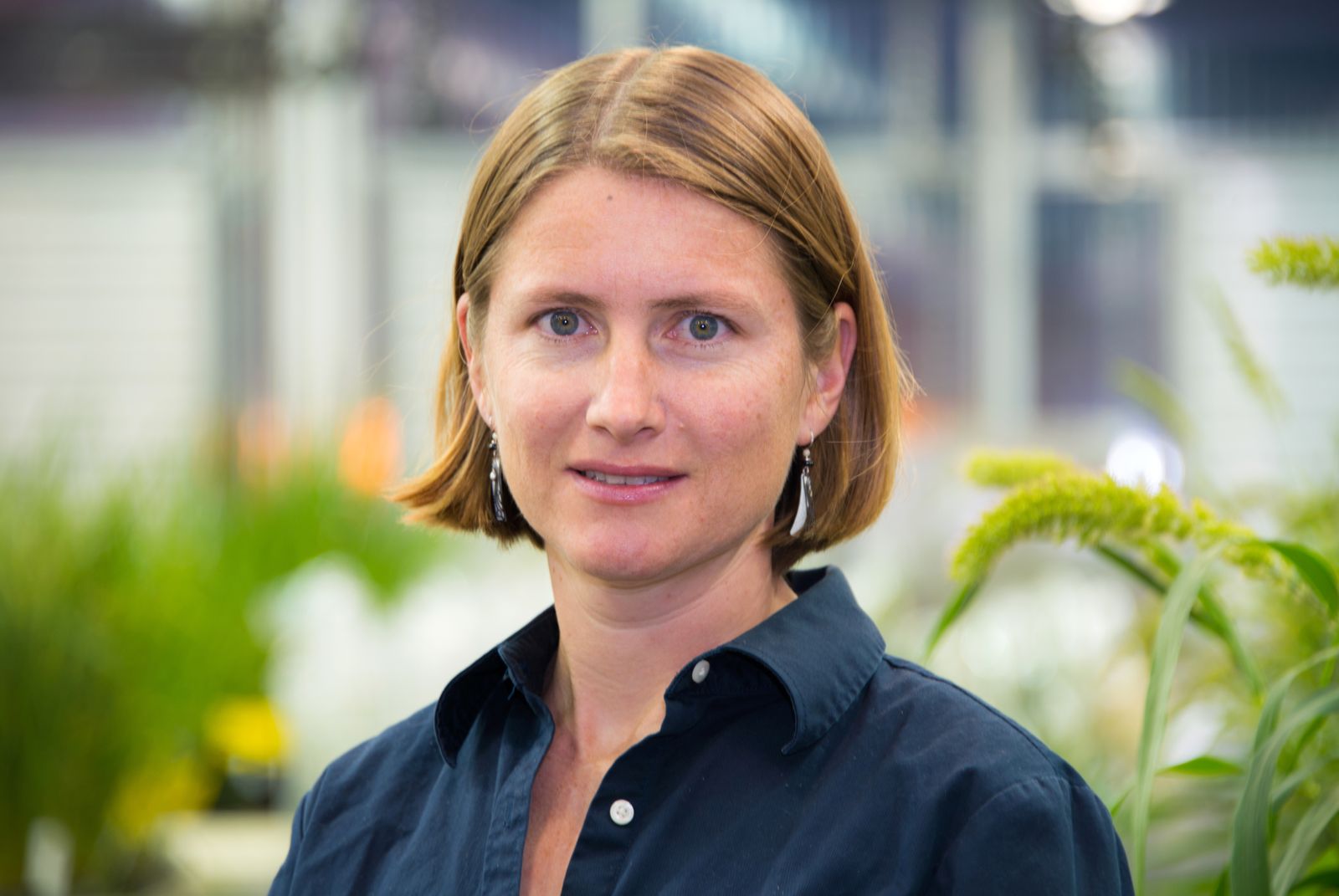 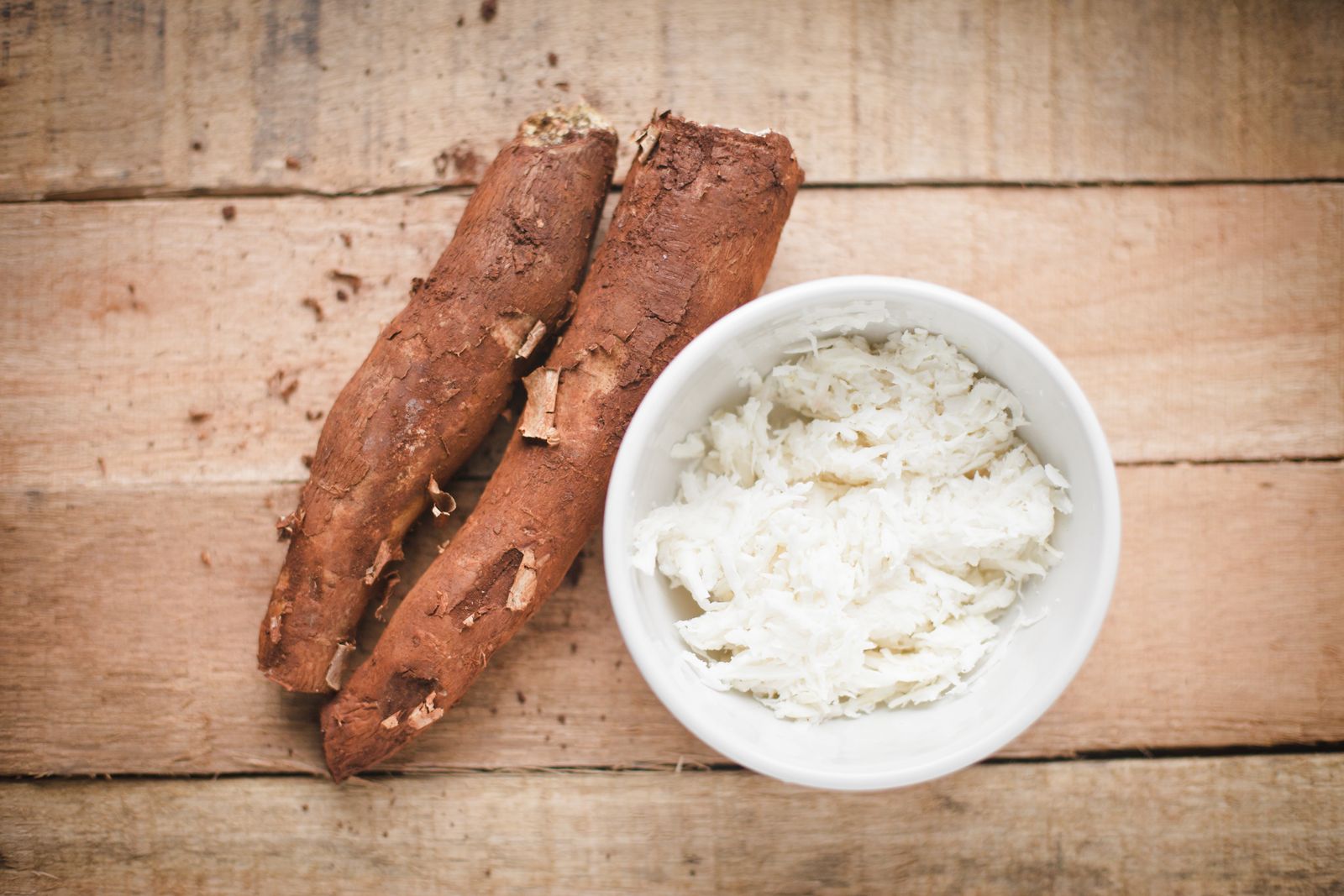 Cassava tuber and rice: Around 300 million tons of cassava are harvested each year. 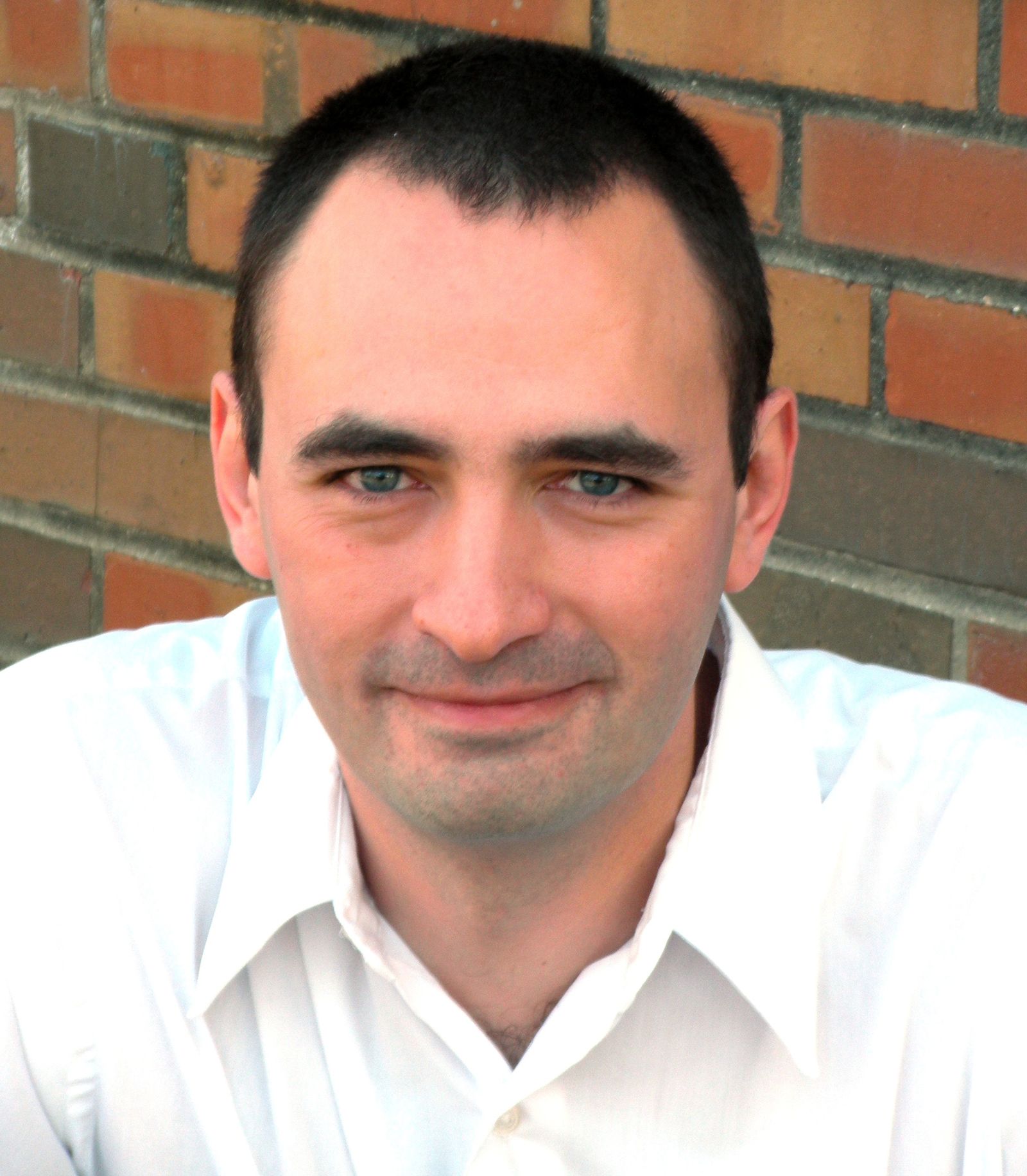 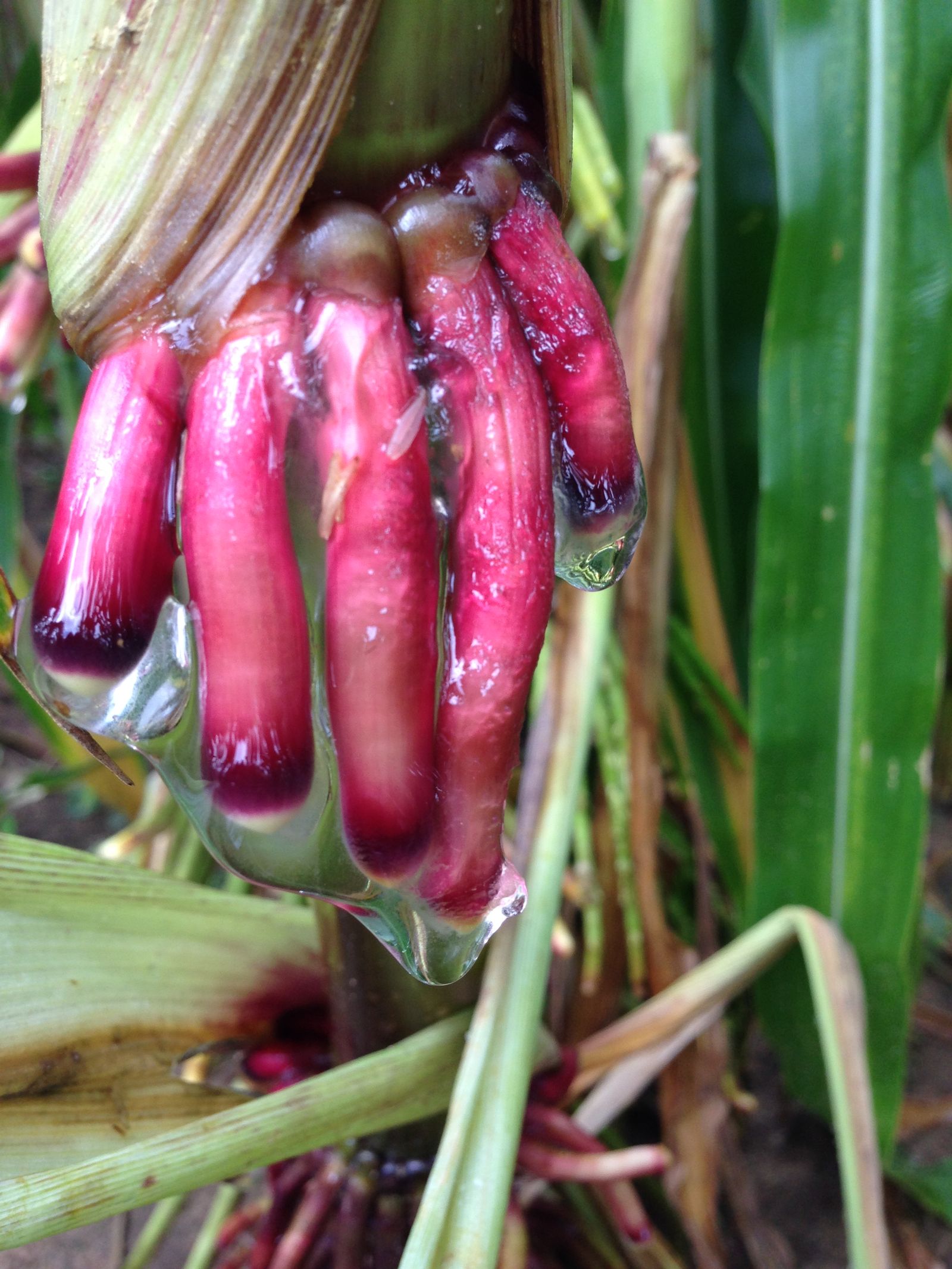