In the debate over the deployment of digital technologies to help combat the spread of novel coronavirus, a new European approach has been developed in the hopes of diffusing fears of far-reaching surveillance via so-called "tracking apps." In recent weeks, a team of around 130 people from 17 institutes, organizations and companies in Europe has developed a technology that is intended as an alternative to the tracking technologies used in some countries in Asia. These technologies are sometimes applied against the will of users and some of them can enable other users to identify those who have become infected with the virus.

But the project PEPP-PT, which stands for Pan-European Privacy Protecting Proximity Tracing), seeks to avoid those pitfalls. The plan calls for users to voluntarily download an app which will inform them if they have recently been in the proximity of someone who subsequently tested positive for coronavirus and who also uses the app. That is the extent of the information that will be supplied: You were near someone who was later confirmed to be a carrier of the virus.

The app will not identify who the infected person was nor will it provide information as to when or where exactly the contact took place. Rather than sucking up vast quantities of data, PEPP-PT is intended as a kind of digital measuring stick that warns users if they have come too close to an infected person. The principle is called "proximity tracing." Chris Boos, founder of the Frankfurt startup Arago, says: "We aren't collecting location data, movement profiles, contact information or identifiable end device characteristics." Boos joined co-initiators Thomas Wiegand, head of the Fraunhofer Heinrich Hertz Institute in Berlin, and Marcel Salathé, of the Digital Epidemiology Lab at the École Polytechnique Fédérale in Lausanne, in a conference call with DER SPIEGEL to discuss the concept.

"Each individual case can be the spark to relight the epidemic."

"We're not just another app," the PEPP-PT developers insist. Indeed, they aren't introducing an app at all, but essentially the technical foundation on the basis of which apps can be quickly and cheaply developed. The process is known as "reference implementation." The idea is to make available their source code, the entire technological backend and a rump version of the app. Using that as a starting point, countries or startups can then develop their own apps. The creators have chosen this approach to make it easier for health-care systems in poorer countries to take advantage of the technology without having to invest in expensive development. Still, the concept foresees an app-certification process to ensure some degree of consistency and to prevent abuse of the technology.

Spacing between people will be measured using Bluetooth Low Energy, meaning that all app users will have to enable Bluetooth. PEPP-PT generates temporary IDs so that users cannot be identified. Should one smartphone with a PEPP-PT app approach another such device, the two will exchange their IDs, which will then be encrypted and stored locally - and not in a cloud. Should a user be diagnosed with a coronavirus infection, they will be asked to send their list of encrypted IDs to a central server. That server will only see the IDs, and not the identities of the people behind them, but using the IDs, it can then send out warnings that they recently had contact with someone who has since been diagnosed with coronavirus. The system is also designed to work internationally – in cases where users have traveled through several different European countries.

The German military, says Wiegand, helped the developers with test runs of the app "to calibrate the algorithms for distance measuring." Such calibrations are necessary because the model of individual smartphones plays a role in distance measuring as does the location users carry their devices. "It took a lot of time to get it right," Wiegand says.

When PEPP-PT Will Be Used

At the moment, everybody essentially has to behave as though they are carriers of the virus and could infect others. Yet in reality, that is only true of a fraction of us. That is where this new project could be helpful. It is rooted in the epidemiological necessity of breaking chains of infection while at the same time respecting European data privacy rules and fundamental European values like privacy and individual responsibility, says EPFL researcher Salathé. "From a medical perspective, we don't have to know where the contact took place to prevent infection chains." Germany's federal commissioner for data protection and the Federal Office for Information Security also participated in project development as did the Robert Koch Institute (RKI) in Berlin, says Wiegand, who is also a member of the RKI's Scientific Committee.

We should not succumb to the illusion that this technology will be able to quickly reduce the number of coronavirus infections, says Salathé. The goal is broad deployment of the tool once something approaching normal life resumes and there is a threat of new infection chains. To prevent the reintroduction of strict quarantine measures, the focus will be on quickly discovering new infection hotspots and isolating them, as is currently being done in South Korea and Singapore – but doing so not with the hammer they are using but with a more precise scalpel.

Schoolchildren in Germany are still not back at school and normal daily life won't be resuming for some time yet. But once the number of new infections sinks to an acceptable level, it may be enough – thanks to digital infection-warning systems – to only quarantine individual school classes or even individual students rather than sending all of them home. "Each individual case can be the spark to relight the epidemic," Salathé warns. He is hoping that quarantining the few will make it unnecessary to impose strict limitations on all.

Why PEPP-PT Is Not a Silver Bullet

Still, the project depends heavily on cooperation from the population at large. They have to take an active role by downloading the app. No government will force them to do so and providers will not preinstall it on end devices. Furthermore, seniors, to whom the virus poses much greater risks, may not even own a smartphone. The same is true for younger children.

And if a user does receive a warning, they must respond appropriately. In Hong Kong, for example, the quarantine of those confirmed to have been infected with the virus is strictly monitored, in part using electronic tools. The PEPP-PT project, however, cannot perform such surveillance, nor is it designed to. "We are relying strongly on people's freewill and sense of responsibility," says Salathé. The new system is also unable to identify hotspots, like the Trompete club in Berlin or the après-ski bar Kitzloch in the Austrian resort of Ischgl. That will continue to be up to local health authorities. As such, it can only be one element in the larger response. The app, though, also limits the extent of personal responsibility in that only doctors and public health officials will be allowed to designate people as being infected in the PEPP-PT system. Otherwise, it would be open to abuse and could be used to spread inaccurate information.

The idea of proximity testing isn't new. A similar program called Ebolapp, designed to help slow the spread of the deadly Ebola virus, relies on Bluetooth and was tested last year in Liberia. And back in 2008, the Italian computer epidemiologist Ciro Cattuto from the Global Science Foundation in Turin, experimented with electronic disease-warning systems. Now, Cattuto is part of the PEPP-PT team.

The Cambridge researcher Eiko Yoneki tested a similar system in 2011 called Fluphone, designed to warn against the flu. But the project didn't find enough users to be useful, with not even 1 percent of Cambridge residents using the app, leading to the end of the project. Ideally, more than 60 percent of the population would have to install a PEPP-PT app, says Christophe Fraser of the Big Data Institute at Oxford, who is involved in the development of a British coronavirus app.

"Our system would also be helpful at a level of 30 percent," says EPFL researcher Salathé. He adds that the PEPP-PT development team is in contact with Fraser to ensure that the British and European systems will be compatible.

Thus far, according to Chris Boos, the initiators have been financing the project themselves – and, he says, the intention is to remain "completely independent from governments" in the future as well. They hope to establish an organization like the Red Cross and collect donations. Salathé received an initial donation of 3.5 million franks from the Botnar Foundation in Basel, Switzerland just last week. Now, they are looking for more developers and for new cooperation partners across Europe. And they are also hoping, of course, for user confidence. 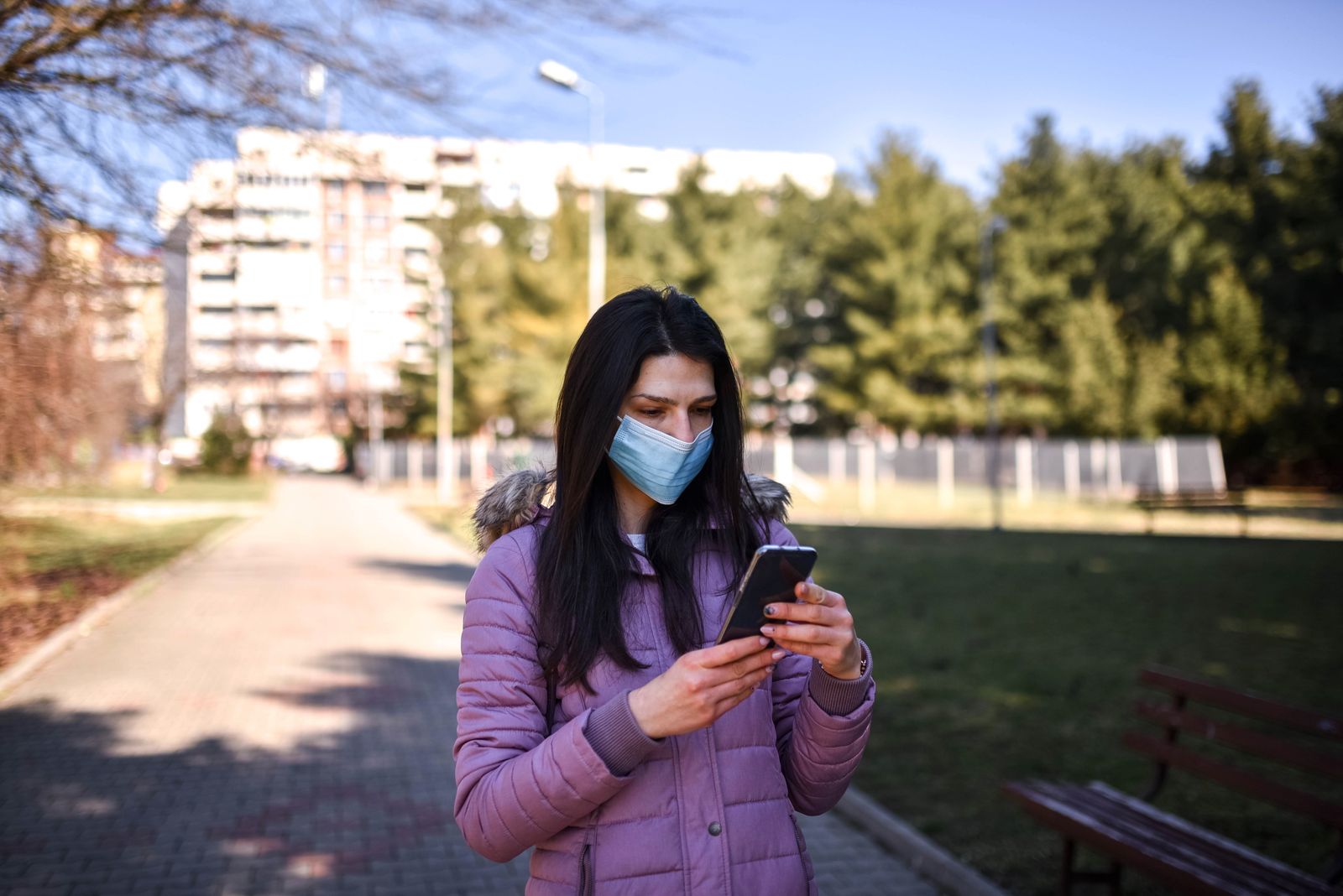 The new PEPP-PT project is designed to help users determine if they have come into contact with the coronavirus.