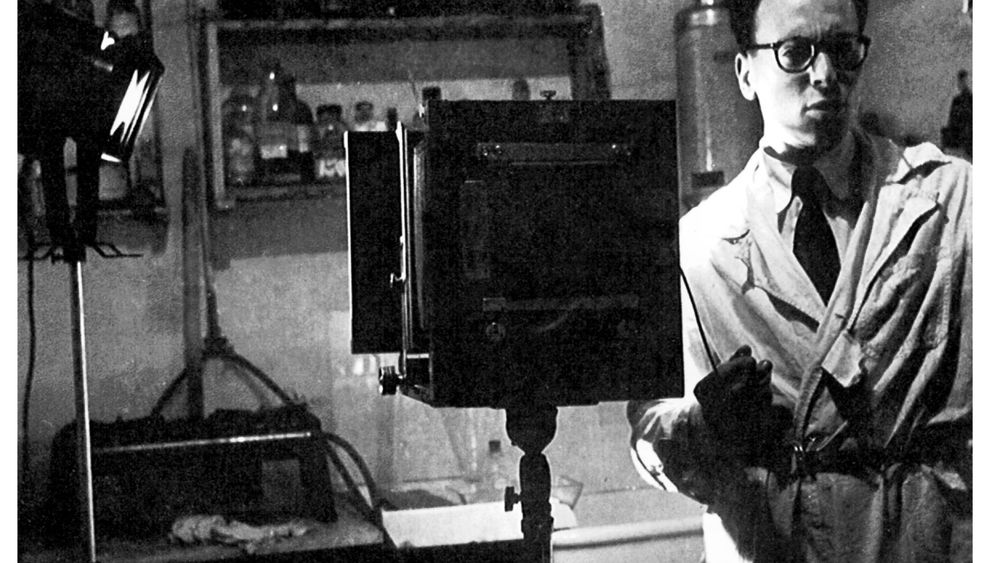 Life in the underground has left its mark on Adolfo Kaminsky. It's a summer day, and Kaminsky's daughter, Sarah, is wearing a light-pink flower in her hair as she leans out the kitchen window blowing cigarette smoke into the courtyard. Her father casts a skeptical, questioning look in her direction.

Back in the 1960s, a girlfriend left him because he disappeared every evening without explaining that he forged papers in his studio all night long. But now he's supposed to speak openly about his life as a forger, something he has always steadfastly refused to do. "Silence was always of the utmost importance," Kaminsky says. "One doesn't have the right to put other people's lives in danger."

Kaminsky forged his first passport at the tender age of 18. By the time he turned 20, he was working for secret agents; at 42, he was aiding revolutionaries. He has had too many aliases to remember. In fact, there were times when he'd change his name and address every three months. Though police around the world wanted to arrest him, they never tracked him down.

Today, at 85, Kaminsky's curly black hair has turned white, his bright eyes have faded and he has become very frail. He sits on the sofa in his Paris apartment three blocks from the Eiffel Tower. Since turning the page on his underground existence 40 years ago, Kaminsky has lived what he calls a "bonus life." On Wednesdays, he reads the latest edition of Le Canard enchaîné, a weekly satirical newspaper that shares his droll sense of humor and left-wing views.

Adolfo Kaminsky was a forger and counterfeiter for purely humanitarian reasons. During World War II, he produced amazingly authentic-looking blank passports that saved many Jews from certain death. Later, he provided left-wing underground organizations with stacks of fake identifications papers. His family was kept completely in the dark about these activities.

Even Sarah, Kaminsky's 32-year-old scriptwriter daughter, only had a vague idea about his previous life until she decided to learn more about him before he "disappears with his secrets," as she puts it. She went on to research and explore his underground past, meeting with his former associates in Algiers, Paris and New York. "I discovered my father had risked his own life to save others from death," she says. She then wrote a pointed, sober biography on Kaminsky's life, which has been published in French and German.

Adolfo Kaminsky had originally wanted to be an artist. "In 1944, when I forged my first passport," he says with a faltering voice, "I had no idea this would be the beginning of a long career as a forger."

Barely 18 at the time, he had already avoided being transported to Auschwitz by escaping from the deportation camp in the Paris suburb of Drancy twice. Luckily, an acquaintance from the French-Jewish organization Union Generale des Israelites de France (UGIF) provided him with false papers that didn't bear the big, red "Jew" stamp. The papers transformed Adolfo Kaminsky, an Argentine Jew, into Julien Adolphe Keller, a Frenchman from the Alsace region.

The man who helped Kaminsky was named Marc Hamon, codename "Penguin." Hamon worked for an underground cell called "La Sixième." Kaminsky wanted to join the organization, but the group was initially much less concerned with his artistic abilities than with his loyalty. "They tested me for three days to see if I was of the talkative type," Kaminsky recalls. Then, as now, he wasn't.

Since solvents couldn't completely remove the "Jew" stamp from a real passport, Kaminsky started producing identifications papers from scratch. In fact, he even made the cardboard, paper, watermark, stamp, ink and photographs he would attach to the fake passports with a hole-punch. He then treated the forgeries with a special dust that made them look old. According to Kaminsky, the final product was indistinguishable from documents issued by the government printing office. "There were never any problems with my papers," he says.

Kaminsky's studio in Paris' Rue des Saint-Pères would go on to become the biggest supplier of forged documents for northern France and Belgium, churning out 30 to 50 of them a day and occasionally as many as 500 a week. Kaminsky and his associates were perfectionists and workaholics. "Momentary distraction can prove fatal," he says. "Every ID card meant the difference between life and death." As he later told his daughter, he felt like he was working on "a production line at a fate factory."

In the summer of 1944, "Penguin" -- Kaminsky's associate from La Sixième -- ordered papers for 300 children, including food stamps, birth and baptism certificates, and ID cards. He needed a total of 900 documents, all within three days' time. After working through two nights without sleep, Kaminsky passed out from exhaustion, leaving his friends to produce the rest.

Kaminsky later discovered that "Penguin" and a group of children had been deported to Auschwitz. "Neither he nor the children ever returned," he recounts in his daughter's book. To this day, Kaminsky doesn't know what happened. Was "Penguin" picked up carrying the forged papers? Was something wrong with the papers? Did someone tip off the police?

Even on this summer day in his own living room, Kaminsky prefers not to say how this made him feel. Instead, he gives only vague and somewhat confused responses.

"My father can't articulate his pain," his daughter Sarah says. While researching her book, she repeatedly asked what effect his work and the death of the children and his friend had had. But instead of answering directly, he would recount strange anecdotes whose meaning his daughter first had to decipher. "I think my father felt extremely guilty about Penguin's death'" she says.

Finally, Kaminsky admits this is true. "Oui," he says, "his death really depressed me. But, sad as it sounds, it wasn't that rare. We were used to having loved ones disappear and be murdered." Kaminsky's own mother was killed by the Nazis when he was just 15, shortly after the Germans marched into Paris.

Even after the Allies liberated Paris, Kaminsky continued to work tirelessly in his studio -- as a photographer by day, as a forger by night. For a while, he supplied fake German ID cards to French intelligence agents tasked with going undercover in Germany to locate previously unknown concentration camps. It would be the only time in his life that Kaminsky earned money from his forgery work. "I always wanted to be free to turn orders down," he says.

In the mid-1950s, Kaminsky met American photographer Sarah Elisabeth Penn in Paris. When it came time for her to return to the States, he promised he'd follow and marry her. He never did. Instead of love, he chose to aid the most wanted man in France: French intellectual Francis Jeanson, a prominent supporter of Algeria's National Liberation Front (FLN) in its struggle to liberate Algeria from France. It wasn't until half a century later that Kaminsky's daughter explained to Penn why she had been stood up. Sarah says Penn responded: "I always knew he wasn't a bad person."

Later, he would work for independence movements in South America and Africa. Kaminsky had his fill of war. It wasn't always easy to distinguish between freedom fighters and terrorists, but his humanitarian ideals always trumped ideology. For example, when he was commissioned to build a bomb, he sent a dud. "All I wanted was to end persecution and enable everyone to live in freedom," he explains.

In the 1960s, during the Algerian war of independence, Kaminsky and his associates thought they could destabilize the French economy by flooding the country with counterfeit money. Kaminsky produced about a cubic meter of hundred-franc notes worth an estimated 100 million French francs. But on March 18, 1962, before the money could be put into circulation, a ceasefire was declared in Algeria. When Kaminsky heard the good news on the radio, he and his associates burnt the money in a "fire of joy," as he puts it. "We never dreamt of keeping the banknotes," Kaminsky says. "Money inevitably causes problems."

Kaminsky finally ended his career as a forger in the early 1970s, partly because the police were on his tracks. He met his current wife in Algeria and has had three children with her: Atahualpa, 36; Rocé, 34, now a well-known hip-hop singer in France; and Sarah, 32. His "bonus life" began.

Kaminsky has received several awards for his work during World War II. "I'm proud of my father," Sarah says, stroking his white beard. But Kaminsky prefers to be thought of as a "zéro," a nobody, rather than a "héro."

Then he grows silent again.