Ever since the Finnish Republic was founded over a century ago, its Swedish minority, which accounts for some 5 percent of the population, has been regarded as a firm part of Finnish society.

But now, members of the nationalist True Finns party, along with the country's ruling conservatives, are seeking to put an end to laws making the learning of Swedish in public schools obligatory. Finnish nationalists have gathered 50,000 signatures for a petition seeking to end mandatory Swedish lessons. That means that the Finnish parliament will have to debate the issue.

The constitution states that Finland is a bilingual country and permits Swedish to be used as an official language, meaning that Finland Swedes can communicate with government authorities in their own language.

Prominent Swedes include former President Carl Gustaf Emil Mannerheim, who led Finland through the Winter War against the Soviet Union, the composer Jean Sibelius and Nokia founder Fredrik Idestam. The minority has its own party, the Swedish People's Party of Finland.

Fight for a Pure Finnish Identity

In a survey, 97 of the 200 MPs said they favored voluntary Swedish lessons in future, with 96 saying they wanted Swedish to remain a compulsory subject.

The fight for a pure Finnish identity is being waged mainly by the youth organisations of the far-right True Finns party and the conservative ruling party of Prime Minister Jyrki Katainen.

Europe Minister Alexander Stubb criticized "language fundamentalists on both sides" and said Swedish was an important part of Finland's cultural legacy. Before its independence, Finland was part of Sweden for some 500 years.

The atmostphere has become so heated that prominent Swedish authors and politicians have been getting death threats and hate mail. 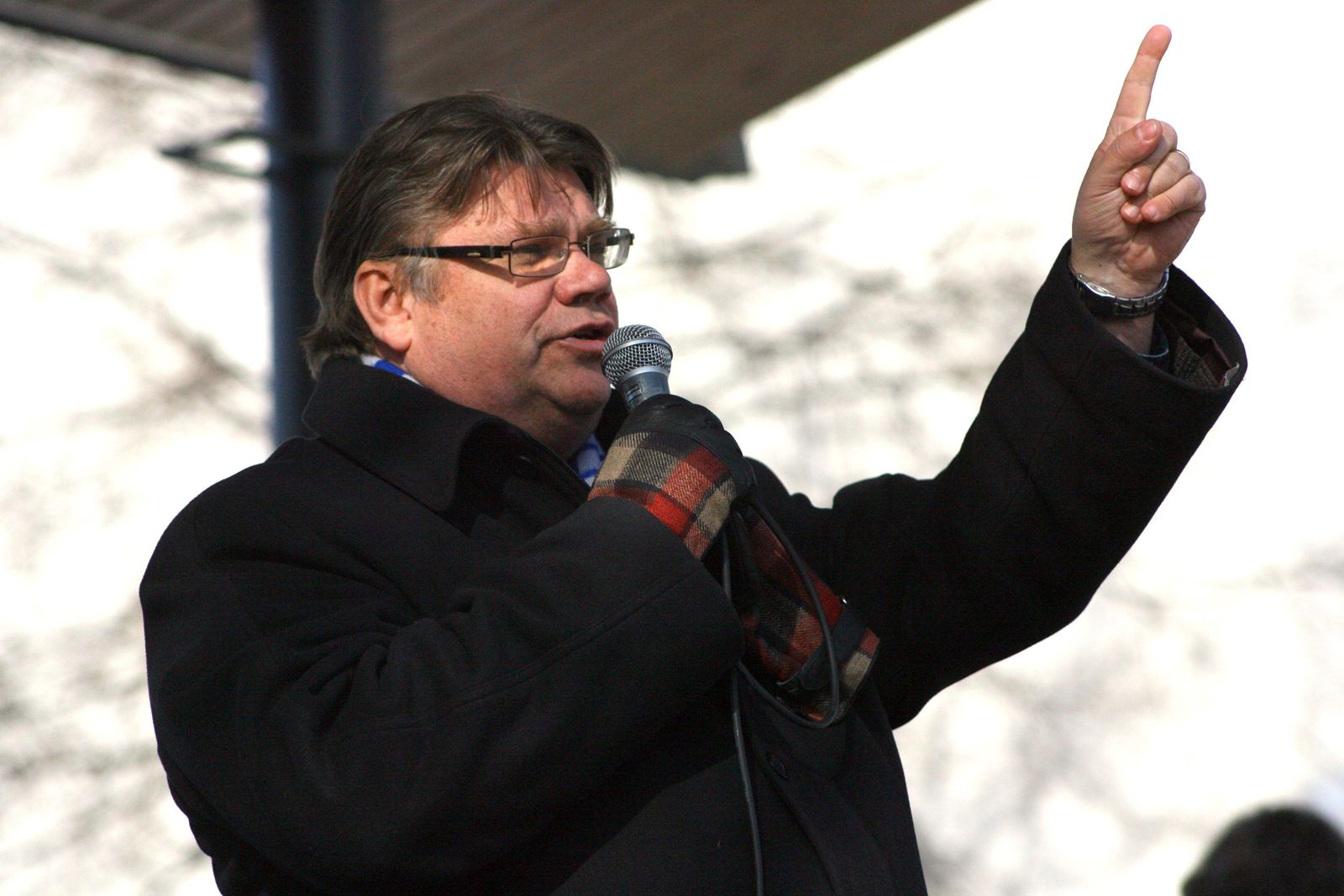 The leader of the far-right True Finns, Timo Soini.