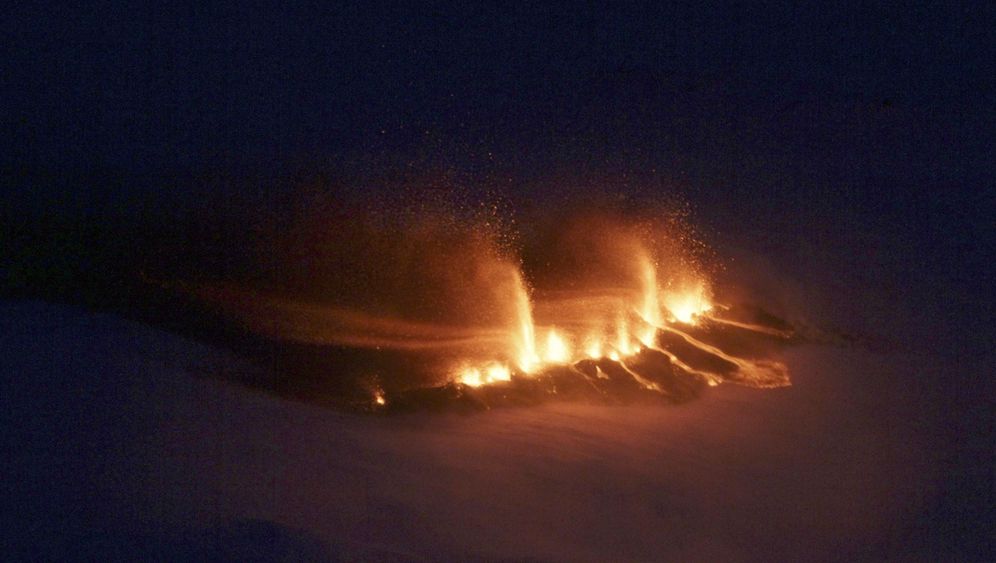 Authorities in Iceland warned Monday of increased seismic disturbances in the area surrounding the Eyjafjallajökull volcano, which erupted shortly before midnight on Saturday for the first time in nearly 200 years.

Geologists worry the volcano could cause other nearby volcanos to erupt -- including the much larger nearby Karla volcano, which is located beneath the Myrdalsjökull icecap and and could threaten to cause massive flooding if it blew.

Icelandic authorities took action on Sunday to temporarily evacuate up to 500 people living in the areas closest to the Eyjafjallajökull volcano. "We had to leave all our animals behind," 47-year-old farmer Eli Ragnarsdottir told Icelandic public broadcaster RUV, according to the Associated Press. There have been no reports of deaths or injuries in the eruption.

However, the eruption did cause plenty of disruption, with the cancellation of all domestic flights in Iceland and cancellations or rerouting of some international flights. Many trans-Atlantic flights between Europe and the United States and Canada pass over Iceland and had to be redirected as a result of the volcanic activity. Airborn volcanic ash is dangerous and can disrupt the operation of aircraft engines.

By 11 a.m. on Sunday, however, international flights had resumed at Iceland's Keflavik airport near Reykjavik, although delays of up to several hours were reported. But domestic flights remained cancelled.

Officials in Iceland have no idea how long the eruption will last. "It could be over tomorrow, but it could also last weeks or months," geophysicist Magnus Tumi Gudmundsson told reporters at a news conference.

"The volcano has been inflating since the beginning of the year, both rising and swelling," said Pall Einarsson, a geophysicist at the University of Iceland's Institute of Earth Science, according to the Associated Press. In recent months, scientists registered thousands of small earthquakes in the region, but they were unable to predict when the volcano would erupt. "Even though we were seeing increased seismic activity, it could have been months or years before we saw an eruption like this ... we couldn't say that there was an imminent risk for the area," Einarsson said.

Eyjafjallajökull last erupted in 1821 and remained active for two years. The "land of fire and ice" as Iceland is known as, is itself the product of volcanic activity -- and such eruptions are not uncommon. The country sits atop a particularly active volcanic stretch of the Atlantic Ocean's mid-oceanic ridge. Of the country's total 140 known volcanos, 30 remain active today.