The path to the right-wing outsiders leads straight through the hallowed halls of Christiansborg Palace, right on past the red and white national flag, the "Danebrog," as well as the portrait gallery of past politicians and finally right under the heavy chandeliers in the country's political control center. This, it seems, is the place where the Danish People's Party feels most at home.

The neo-Baroque palace is home to the royal reception rooms of Queen Margrethe, the Supreme Court, parliament and the Danish government. The space is also kept free for the People's Party because Prime Minister Lars Lokke Rasmussen doesn't have his own majority with his Liberal party and the conservatives. Whether or not the center-right minority government is re-elected in national elections on Thursday and can continue to govern will hinge largely on the People's Party's performance at the ballot box.

At the moment, People's Party chief Pia Kjaersgaard, who has become something of a cult figure, is being shielded from the press. Morten Messerschmidt, 30, a rising star in the party, spoke to SPIEGEL at Christiansborg.

'We Are Proud of Our Policies'

Messerschmidt is a member of the European Parliament and one of the party's strategic thinkers. He combats the political stigma of being defined as right-wing or xenophobic. "We are conservative," he says. "We are the only party that stands for national identity and tradition."

Messerschmidt speaks quickly, as if he wants to forestall any objections. "We are proud of our policies, and there is no greater success than having your policies get adopted by others," the alert young politician says. And that, he says, is why he believes in his party's re-election prospects.

For weeks now, however, Social Democratic challenger Helle Thorning-Schmidt, 44, with her three-partner, left of center "Red Block" has been two to four percentage points ahead of the "Blue Block" comprising of the Liberal party, the conservatives and the right-wing populists.

Thursday's vote will be the first indicator of the national standing of a right-wing populist party in Europe since the massacre in Norway. In July, Anders Behring Breivik murdered 77 people in Oslo and on the island of Utøya. It will also be a test of one of Europe's most influential right-wing populist parties. In the manifesto he wrote before embarking on his murder spree, Breivik even referenced the anti-immigrant Danish nationalists. "He also had contact to Socialists," Messerschmidt retorts, unblinking.

For 10 years now, the People's Party has backed the minority government in Copenhagen -- causing a sustained shift in the country's political climate. So far, the nationalists have succeeded in pushing through legislation to tighten at least 20 laws pertaining to immigrants and asylum seekers. Traditionally liberal Denmark is now the country with the most conservative legislation for foreigners in Europe -- an achievement that makes the People's Party proud.

Its members are fond of fomenting fears of "Eastern European criminal gangs" and refer to the Muslim religion as a scourge, saying, "Islam is a fascist ideology." The party flatly rejects the European Union and has called for a "strengthening of Danishness." One party strategist recently demanded that proof of "blood ties" to Denmark should be a prerequisite for Danish citizenship. The statement was quickly retracted.

Rhetoric like that attracted up to 13.9 percent of the vote in 2007 elections for the Danish People's Party. The degree to which right-wing populist sentiment has become acceptable to society in Denmark is underscored by the discovery only a few weeks ago of a far-right underground movement.

A Secret Network of Extremists

The "secret lodge" with the name ORG, has formed the "backbone of the extreme right in Denmark" for more than 20 years, the journalists' initiative Redox concluded, reporting that the group was linked to racist associations, extremist football fans and neo-Nazis.

The secret network also reportedly conducts ceremonies reminiscent of the Ku Klux Klan and espouses its teachings of a "utopia of an ethnically homogenous society" at a private school attended by around 200 pupils. It also operates martial arts and shooting clubs and maintains a black list of politicians deemed to be "traitors to their country."

A number of founding members and leading representatives were previously members of the Danish People's Party. Their names have been listed in a 109-page document compiled by Redox. Meanwhile, the Danish government's secret service, PET, has confirmed that it is aware of the lodge.

Public opinion researchers are predicting the right-wing populists will fall to 12 percent support on Thursday, not much of a drop at all. Still, the Social Democratic party's deputy chairman, Nick Haekkerup, is pleased, noting "it would be the first election ever in which the right lost."

Over the years, the Denmark's right-wing populists have developed a steady base -- one that is easily reached with messages that are skeptical of the EU or anti-immigrant. In Norway, where local elections took place on Monday, it had been predicted that the right-wing populist Progress Party, of which Behring Breivik had once been a member, would suffer only moderate losses of 3 percentage points. In the end, the party was the biggest loser, slumping 6 points. But it nevertheless held on to 11.4 percent of the vote.

In Denmark, the Social Democrats believe there will be a "mood for change" in the country. Many Danes have grown tired of the country's right-wing image in the eyes of their European neighbors. That's a sentiment the Social Democratic challenger Thorning-Schmidt has sought to channel -- along with concerns about the economic crisis.

The country has seen an estimated 175,000 jobs lost in the crisis, it will have a budget shortfall of 85 billion crowns next year and a budget deficit of 4.6 percent instead of the budget surplus seen in 2008.

"After 10 years with a liberal-conservative government, Denmark is at a standstill," says Thorning-Schmidt. Now she only needs to convince the voters of that. 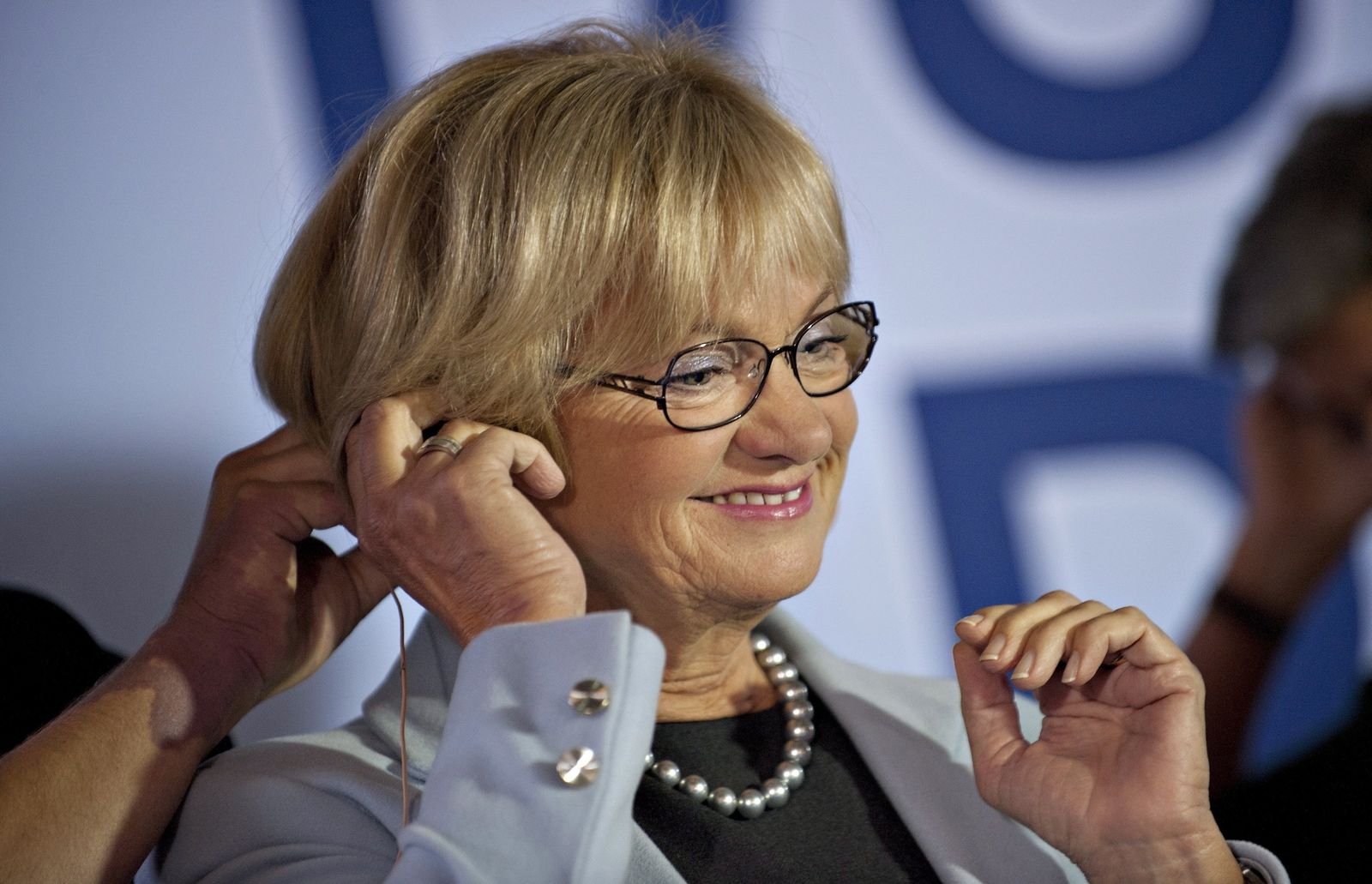