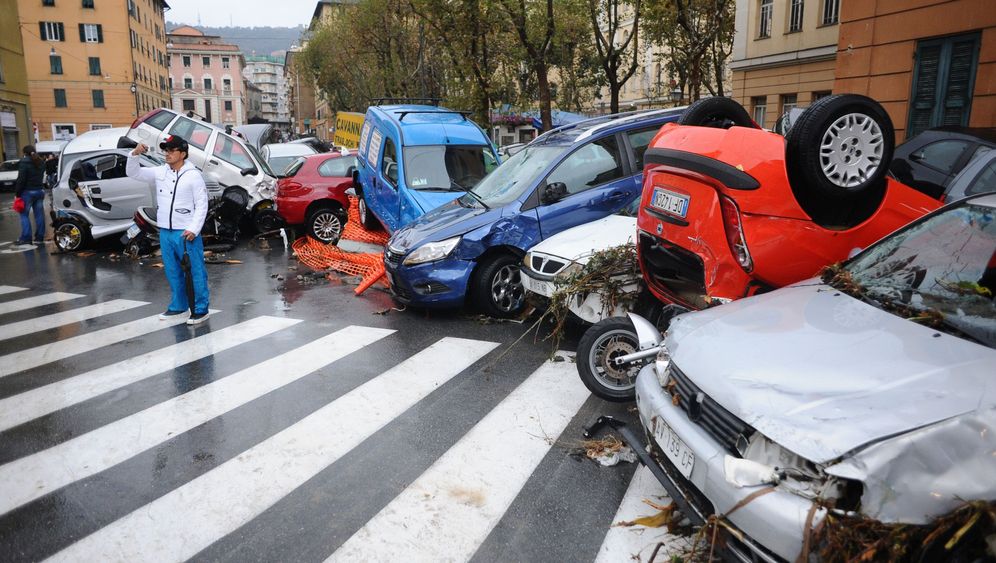 It has been a wet and deadly November in Italy so far. And on Monday, it would appear that the floods which crippled parts of the country late last week could continue into this week.

Italian authorities on Sunday issued new flood safety warnings, with thousands having been evacuated in the face of rising waters in the Po River, Italy's longest. Most of the evacuations were ordered in low-lying areas near Turin and school was cancelled in the city on Monday.

The fresh warnings come after a weekend of mourning in Italy after six people were killed in Genoa on Friday following flash flooding in the city center. Torrential rains resulted in the high water, the worst in the city in over four decades, and two young girls were among those who lost their lives. The death toll rose on Monday after a man died on the island of Elba and another was killed by a falling tree in Naples. Two others were mission in southern Italy.

In Genoa, the deaths of the two young girls sparked outrage among locals who criticized Mayor Marta Vincenzi for not closing schools despite severe weather warnings. Investigations by the district attorney's office into potential negligent homicide are underway.

The girls and three other people drowned after the lobby of the apartment building they were sheltering in filled with water. Once floodwaters receded, rescuers found the body of another woman who had been crushed between cars swept up in the current.

It is the second disaster to hit the region since Oct. 27, when flooding left 10 people dead.

In Naples, a soccer match was postponed Sunday amid fears that some 65,000 fans could be trapped by floodwaters. Italy's western coastline has also been slammed by storms.

Three flood-related deaths were reported in France, including a 51-year-old German man reportedly drowned in the Herault river, bringing Europe's weekend death toll to seven. French authorities ordered autopsies for three male corpses recovered along France's southern coast, although they suspect the victims were carried by strong currents from Italy.

Officials say the extreme weather is expected to continue through this week.

Prime Minister Silvio Berlusconi pointed fingers at lax construction laws he says enabled buildings to be "erected where they shouldn't be." The legislation brought the minimum distance a new building could be built from a river from 10 meters to three, he complained.