Two-thirds of national Red Cross societies within the European Union have begun distributing food aid, according to the head of the aid groups' international organization -- a sign that the economic crisis in Europe is having an alarming effect on poverty.

Yves Daccord, Director-General of the International Committee of the Red Cross, said on a visit to New Delhi on Monday that the scope of food distribution had not been at its current level since the end of World War II.

Germany's relative economic strength has made it mostly immune to the rise in food need. In contrast, the Spanish Red Cross is supporting 3 million Spaniards with food aid. Daccord said the need in Spain was so great that the organization has begun soliciting donations for not just foreign, but domestic operations as well.

A document published by the International Federation of Red Cross and Red Crescent Socities provides more detail on the food need. Last year alone, the Spanish Red Cross provided 33 million kilograms (73 million pounds) of groceries to the needy. It also supported 21,500 people with water and electricity, or with financial aid in paying rent.

The organization's counterpart in Romania has been operating a donation-based food distribution program since 2009. Three million people live in absolute poverty, according to the aid group, a figure that constitutes 14 percent of the country's total population. The relative poverty rate in Romania is also shockingly high, at 40 percent. Last year, the Romanian Red Cross distributed more than 500,000 kilograms (1.1 million pounds) of food to more than 81,000 needy families.

The IFRC also noted a rise in poverty in previously middle-class families and individuals. In Italy, the group noted a rise in the homeless population to include single parents, "particularly separated and divorced men who end up impoverished or on the streets as they struggle to maintain themselves while keeping up child support and alimony payments." 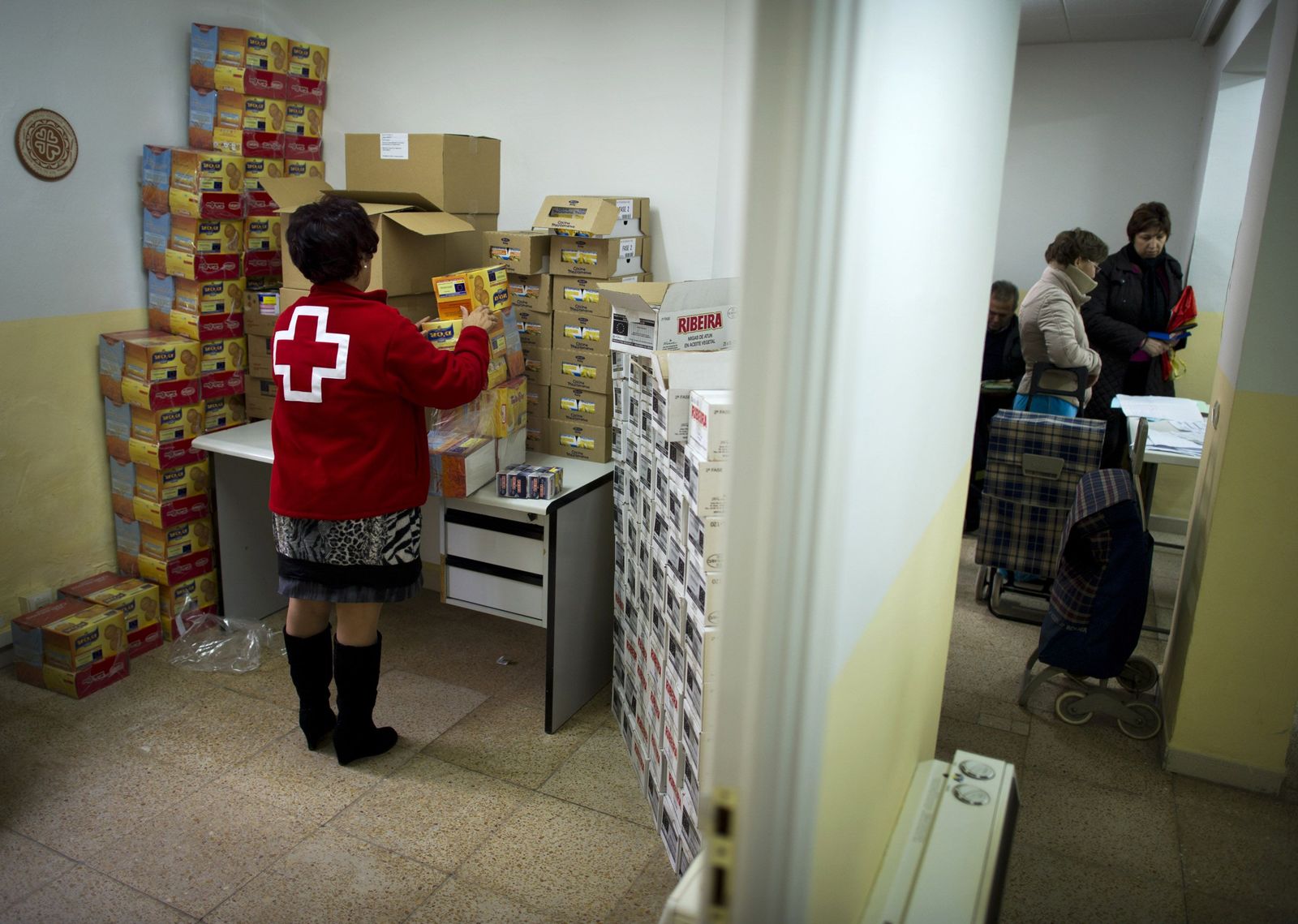