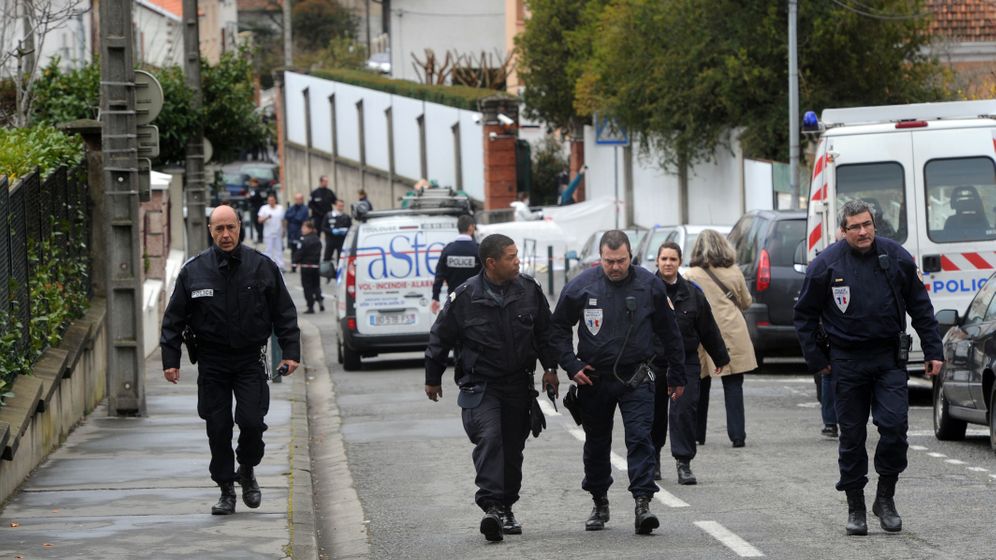 A gunman on a scooter has killed at least three children and an adult outside a Jewish school in Toulouse, police in the southwestern French city said on Monday.

Initial reports said a 30-year-old teacher and his two sons, aged three and six, were among the dead. The fourth victim was reportedly between eight and 10 years old.

At least two people were also injured in the attack outside the private Ozar Hatorah school around 8 a.m. before classes started. The alleged perpetrator was reportedly armed with two weapons and "shot at everything he could see" before escaping on a dark-colored scooter, local prosecutor Michel Valet told reporters.

The gunman allegedly shot a man outside the school before one of his weapons jammed. He then went into the school grounds and sprayed the area with bullets, Valet said.

Security measures have been tightened in all French Jewish schools and police are scouring Toulouse with a helicopter in search of the shooting suspect.

French President Nicolas Sarkozy, who is expected to visit the school on Monday morning, described the shootings as an "abominable drama" and a "frightening tragedy."

Police say the shooting was similar to the killings of three soldiers in two separate incidents in the same region last week. In both attacks, the perpetrator travelled on a motorbike and one of the two weapons used in the school shooting was reportedly similar to that used in last week's attacks on soldiers. President Sarkozy, however, said it was too early to establish whether there was a link between the killings.

Speaking shortly after Monday's attack, the grand rabbi of France, Gilles Bernheim said he was "horrified" and "stunned." He will visit the school later.

Israel also expressed its shock at the shootings. "We trust the French authorities to shed full light on this crime and to bring those responsible to justice," said Yigal Palmor, spokesman for the Israeli Foreign Ministry.