When Angela Merkel and Emmanuel Macron talk about their relationship, it's easy to get the impression that they are a pair of lovers. "There's a bit of magic in every new beginning," warbled the German chancellor during Macron's visit to Berlin. The French president, for his part, wasn't at a loss for ardor when he went before the press with Merkel at the end of the last EU summit. "When France and Germany speak with one voice, Europe makes headway," he gushed.

It's hardly surprising that Brussels no longer speaks of two people when the pair comes up in conversation. "Mercron" or "Emmangela" is how the two are now referred to in the European Union capital, names that reflect the hope that Merkel and Macron, the German chancellor and French president, will re-start the German-French EU motor and finally bring the bloc forward. And the current situation is propitious: The election of Donald Trump in the United States and the ongoing political disaster unfolding in Britain has recently reminded many Europeans of just how important the EU really is.

On Thursday in Paris, on the eve of Bastille Day, the two leaders, along with members of their cabinets, are set to introduce the first concrete initiatives, hoping to demonstrate the vigor of their partnership. The problem, though, is that as soon as the proposals become too concrete, the problems begin to become visible. Particularly when it comes to reforming the eurozone, there are hurdles aplenty.

That became apparent last Tuesday when a working group of Finance Ministry experts from the two countries met to discuss the project in Paris. Both sides currently have limitations on their flexibility. The representatives from the new French government first have to work their way into their new positions while the Germans don't feel they have completely free rein because of the upcoming parliamentary elections in September.

The result was just a repetition of what the two sides have been saying for years. Whereas Germany continues to insist on a recipe of strict austerity and increased competitiveness for Southern Europe's debt-ridden countries, France is demanding that the focus on austerity be abandoned. The French position is hardly surprising given that France is among those countries that frequently falls afoul of Stability and Growth Pact rules. Plus, Germany's trade surplus and Berlin's demand that the European Central Bank should operate free of political considerations continue to be viewed with skepticism in Paris, despite the leadership change.

Macron has proposed creating the position of eurozone finance minister and establishing an investment budget for the currency union. But the way things stand now, the meeting this week will not reach a decision on the ideas, even if Merkel broadly approves of them. Too many details remain unclarified. What exactly would a eurozone finance minister be responsible for? And how would such a position be compatible with the rights of eurozone members to control their own national budgets?

The Germans want other large eurozone member states to be brought into the discussions, in part because Franco-German solos have not always been welcomed in the past by the rest of the currency union. But the Berlin demand also has the advantage that it delays the debates over Macron's proposals until after Germany's Sept. 24 general election. The Thursday meeting in Paris, though, is at least expected to produce a roadmap for further talks on the deepening of eurozone cooperation.

Slightly more concrete details are expected for another joint project. The two sides intend to present a new plan for uniform corporate tax rates in Europe. European officials have long been frustrated by the practice followed by many European companies of moving their profits to those countries with the lowest tax rates while their home countries are left with nothing.

Germany and France would now like to consolidate the assessment criteria used for calculating corporate tax. To do so, however, they must reach agreement on a huge number of benchmarks, such as rules governing the valuation and write-off of machines, to name one example. Achieving consensus is likely to take months of detail-oriented work, which has been assigned to a joint working group of experts.

The two sides would also like to involve the European Investment Bank (EIB) in joint projects. With the bank's help, Emmangela would like to establish a new credit program for mid- and small-sized companies to support them in the process of digitalization. The plan calls for the EIB to establish a guarantee covering 80 percent of the loans issued by commercial banks, with both Germany and France making 75 million euros available. The resulting 150 million euros is expected to be enough to cover what is expected to be a low number of defaults. In total, the program would be able to secure a credit volume of up to 2.5 billion euros with internal calculations estimating that up to 30,000 companies in Germany and France would benefit. The new instrument is seen as a kind of pilot project that other countries could join later on.

The most detailed element of future Franco-German relations is military cooperation. German Defense Minister Ursula von der Leyen and her French counterpart have made significant progress - despite the recent revolving door at the French Defense Ministry. The convergence is taking place as part of so-called "Permanent Structured Cooperation" or PESCO, which refers to the process whereby those EU countries who wish to work more closely together can do so.

The hope is to test out the process for the first time on military issues, an area where the 28 EU member states waste millions each year due to a lack of coordination, particularly when it comes to purchasing new weapons systems. Brexit combined with the election of Donald Trump in the U.S. have acted as a catalyst when it comes to European defense cooperation.

The last significant hurdle is to be removed in Paris on Thursday. France had long been insisting that a key priority of military cooperation should be the battlefield effectiveness of the resulting force whereas the Germans are eager to include as many countries as possible. Now, both wishes are to be fulfilled: The cooperation, European Council President Donald Tusk said in June, is to be "ambitious and inclusive."

Those interested in joining PESCO must commit themselves to five clearly outlined admission criteria, such as improved coordination of military procurement and constant defense spending increases. The plan also calls for more countries to participate in financing the EU Battlegroups. Formed a decade ago, there has been little appetite for actually deploying them in part because those countries supplying troops to the Battlegroups have thus far had to bear the costs on their own.

With such undertakings, Europe aims to become a more effective global player, as EU heads of state and government formulated it following their June summit. "We are working toward a European army that can integrate independent national militaries in such a way that they can participate in joint missions," says German Defense Minister von der Leyen. "The security situation requires us to have a strong and operational defense union." The German government expects that 20 or more EU countries will ultimately participate. Spain, Italy and the Netherlands have already reviewed the plans and the hope is that EU leaders will grant their approval in December.

The Paris meeting on Thursday is also set to provide details on the provision of support for African militaries that have joined together to fight terrorism in the Sahel. Already, the German military supports the EU mission in Mali with around 150 soldiers, but the plan calls for additional assistance to be provided to the new G5 Sahel, an alliance including Chad, Mali, Mauritania, Niger and Burkina Faso.

Germany has already begun delivering computers for the alliance's headquarters in Mauritania with the plan calling for additional support training troops in Niger and elsewhere. "We are expanding," say government sources. The African terror mission already has Macron's support. Paris has long been complaining that France is left alone when it comes to dangerous missions in Africa. Help from Berlin is most welcome. 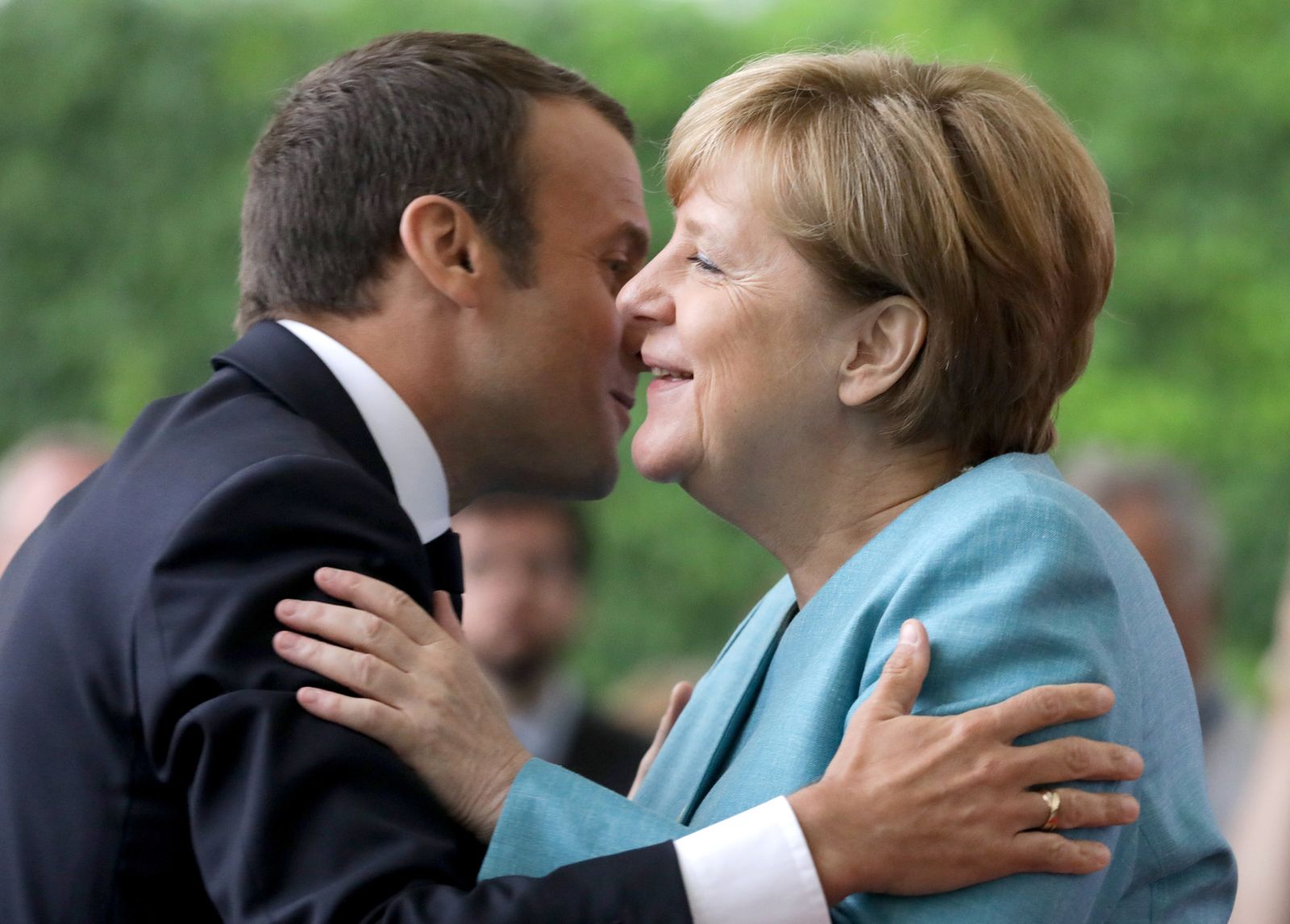