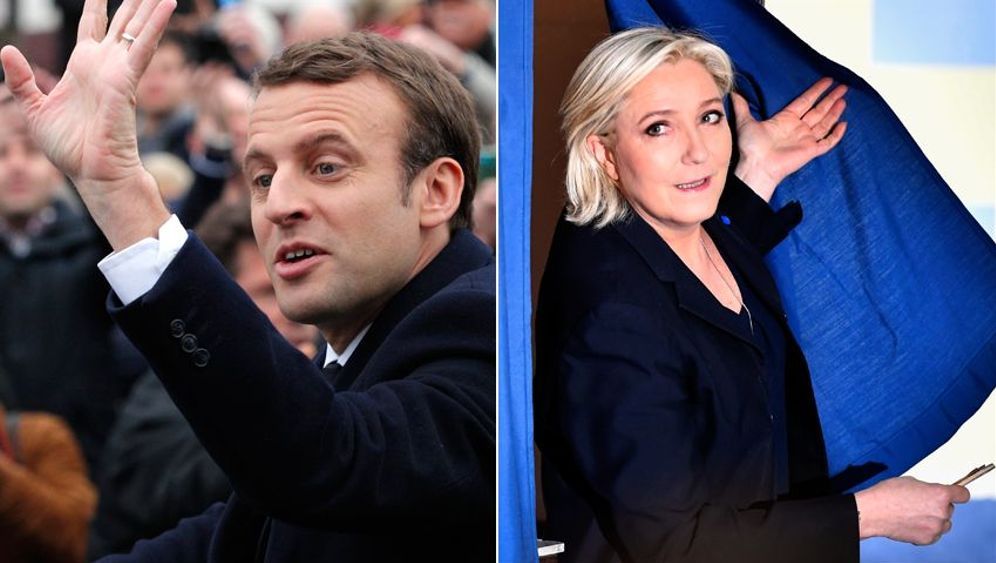 The pollsters, at least, are likely relieved by the results of the first round of the French presidential election. They managed to predict -- one is tempted to say, for once -- the outcome of the vote: The runoff will see Emmanuel Macron going up against Marine Le Pen.

Yet despite months of surveys forecasting a Le Pen victory in the first round, Macron actually emerged on top. According to preliminary results on Monday morning, the right-wing populist Le Pen managed 21.4 percent against Macron's 23.9 percent. It was a narrow victory, but a victory nonetheless.

As predictable as it turned out to be, though, it wasn't all that long ago that the mere thought of Macron, the 39-year-old former economy minister, emerging victorious seemed absurd. At the beginning of his campaign, he was mercilessly mocked. His movement En Marche, which hundreds of thousands of people joined within mere months of its founding, is barely one year old.

"In one year, we have changed the political landscape of our country," said a visibly moved Macron on Sunday night. And he is right. He managed to achieve the unprecedented.

Now, when voters go to the polls for the second round of voting on May 7, he is going to have to be what he has always said he doesn't want to be: A savior. At least for all of those who want to continue living in an open, European country that maintains close relations with its neighbors. One that doesn't just tolerate minorities, but which grants them the same rights as everyone else.

Macron and Le Pen, after all, have two visions for France's societal and political future that could hardly be more different. Emmanuel Macron stands for everything that Le Pen would like to get rid of. In his speeches, he invokes an energetic, future-oriented country that sees globalization as an opportunity -- and not as a threat.

Le Pen, on the other hand, would like to turn away from Europe and close the country's borders once again after decades of openness. On Sunday evening after the election results rolled in, Le Pen said from the podium that France on May 7 will be going up against corporate interests, embodied by Macron who once worked for Rothschild. Her campaign slogan is "In the Name of the People," and she claims to be the people's only legitimate representative.

Now, it is up to a divided France to decide, and those divisions were on full display in the first round of voting on Sunday. The country's established parties both failed to make it into the runoff for the first time in almost 60 years, and the first time ever in the Fifth Republic. In a country that has been dominated for decades by a traditional right-left political structure, voters are very clearly ready for something new.

The candidates themselves, of course, bear some of the blame. Conservative François Fillon had excellent chances to win before he became embroiled in scandal and the victim of his own hubris. He came in third place, with 19.9 percent of the vote. Benoit Hamon of the Socialists, meanwhile, never really had a chance, with fellow party member François Hollande having so thoroughly disgusted French voters during his last five years as president. Hamon's result of 6.3 percent is nothing short of a disaster for himself and for the party. 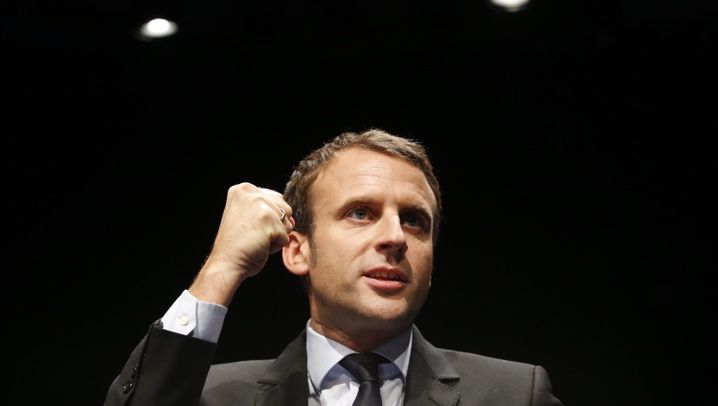 In this unprecedented situation, it would be inadvisable to look to past voting patterns for guidance. Traditionally, when the Front National has made it into the final round of the election, voters have tended to rally around its opponent -- which appears to be happening this year as well. Polls taken prior to yesterday's voting have suggested that Macron would easily win in a runoff against Le Pen.

Turn-Out Will Be Key

And there is cause for concern in the Le Pen camp. She had long been considered the only candidate who would definitely make it into the second round, but despite her extensive campaigning and despite her years-long effort to professionalize her party and leave behind the radical tinge left behind by her father, who started the party, she still only managed five percentage points more than in the first round of voting five years ago.

Furthermore, it is no doubt a source of annoyance for her that Emmanual Macron, a young politician who has never before run for office and who likewise claims to be against the system -- just from the opposite end of the spectrum -- managed to defeat her in the first round.

But there is reason for caution for Macron as well. In the new situation in which France finds itself, only one thing is certain: There are very few certainties.

And if only a fraction of those who believe that Macron's victory is a given end up staying home on May 7, then Le Pen has a shot at becoming France's next president. Because there is one certainty that has survived: Front National supporters will turn out in force. 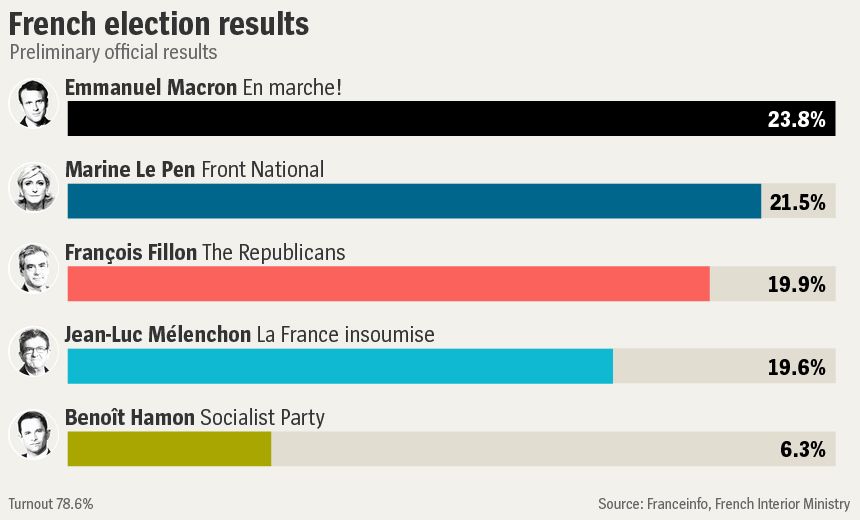