SPIEGEL: Minister Steinmeier, do you understand why people might currently be afraid of a war breaking out with Russia?

Steinmeier: We all sense that the events of the last few months could lead to a break, to a crossroad for Europe. I understand why that might scare people -- nobody could have foreseen how quickly we've slid into the worst crisis since the end of the Cold War. Those who can remember the fall of the Berlin Wall know what we've accomplished over the past 25 years. The gains we've made almost everywhere in Europe in terms of peace, freedom and prosperity are now at risk. That's why it's important we take every measure to prevent things from getting worse.

SPIEGEL: For a long time, a military escalation between Western and Eastern Europe was considered out of the question. Is that certainty still valid?

Steinmeier: I don't even want to think about military escalation between the West and the East. One thing, however, is clear: If the wrong decisions are made now, they could nullify decades of work furthering the freedom and security of Europe. Nobody of sound mind can seriously want that. Because we would pay the price for it in Europe -- all of us, without exception.

SPIEGEL: Is the Russian leadership playing with fire?

Steinmeier: It is, in any case, playing a dangerous game with potentially dramatic consequences, for Russia in particular. The financial markets are already reaching their verdict: Moscow stocks and bonds have fallen sharply. The outlook for growth has disappeared. Many Russians are openly cheering their leadership on while simultaneously withdrawing as-yet unknown amounts of capital out of Russia. And this doesn't even take into consideration the investments that Russia so urgently needs from outside the country for its modernization. This nationalist exuberance could lead to a swift hangover.

SPIEGEL: Why is the situation in East Ukraine so opaque and chaotic?

Steinmeier: In 1991, Ukraine inherited a difficult legacy with its independence. It's on the border between East and West, with regions that have completely different histories, with a plethora of unresolved ethnic, religious, social and economic conflicts. It doesn't surprise me that when the pressure in the pot rises, it would erupt. Now there are people on location there during this crisis who aren't revealing their true motives or deeds to us, and others who are playing with loaded dice.

SPIEGEL: Do have a notion of what Vladimir Putin is planning on the short and long term?

Steinmeier: It's anyone's guess whether the Kremlin has a master plan or if the Russian leadership is making decisions as it goes. But it seems clear to me that when President Viktor Yanukovych fled in a panic from Kiev on Feb. 21, it set off a dynamic whose consequences we must now deal with. That this course of action has -- at least in the short term -- wide popular approval, complicates matters.

SPIEGEL: Would the German government and NATO be well-advised to revisit their strategic defense planning and armaments priorities?

Steinmeier: There is no military solution to the conflict in the Ukraine. Even if it can sometimes be frustrating, I am firmly convinced that only tenacious diplomatic work can bring us any closer to a solution. That's why I'm arguing -- with all of my strength -- that the OSCE should get the chance to fulfill its mission as part of the Geneva Agreement. Of course, that doesn't preclude us members of NATO from incorporating the latest developments into our communal planning. That's a matter of course. That was already the task of the foreign ministers at the most recent NATO Council. And now that will be implemented.

SPIEGEL: Do you think it's more likely that Europe or the United States will come out of this conflict geopolitically strengthened?

Steinmeier: I don't have a crystal ball, unfortunately. But I caution against looking for winners and losers in the middle of the crisis based on concepts from the 19th and early 20th century. Spheres of influence, geopolitical regions, hegemony, aspirations to dominance … those aren't part of our foreign policy -- though we would also be well advised to take into account other people thinking along those lines. Whoever thinks war allows for lasting victories these days should take a look at European history books and learn their lesson. 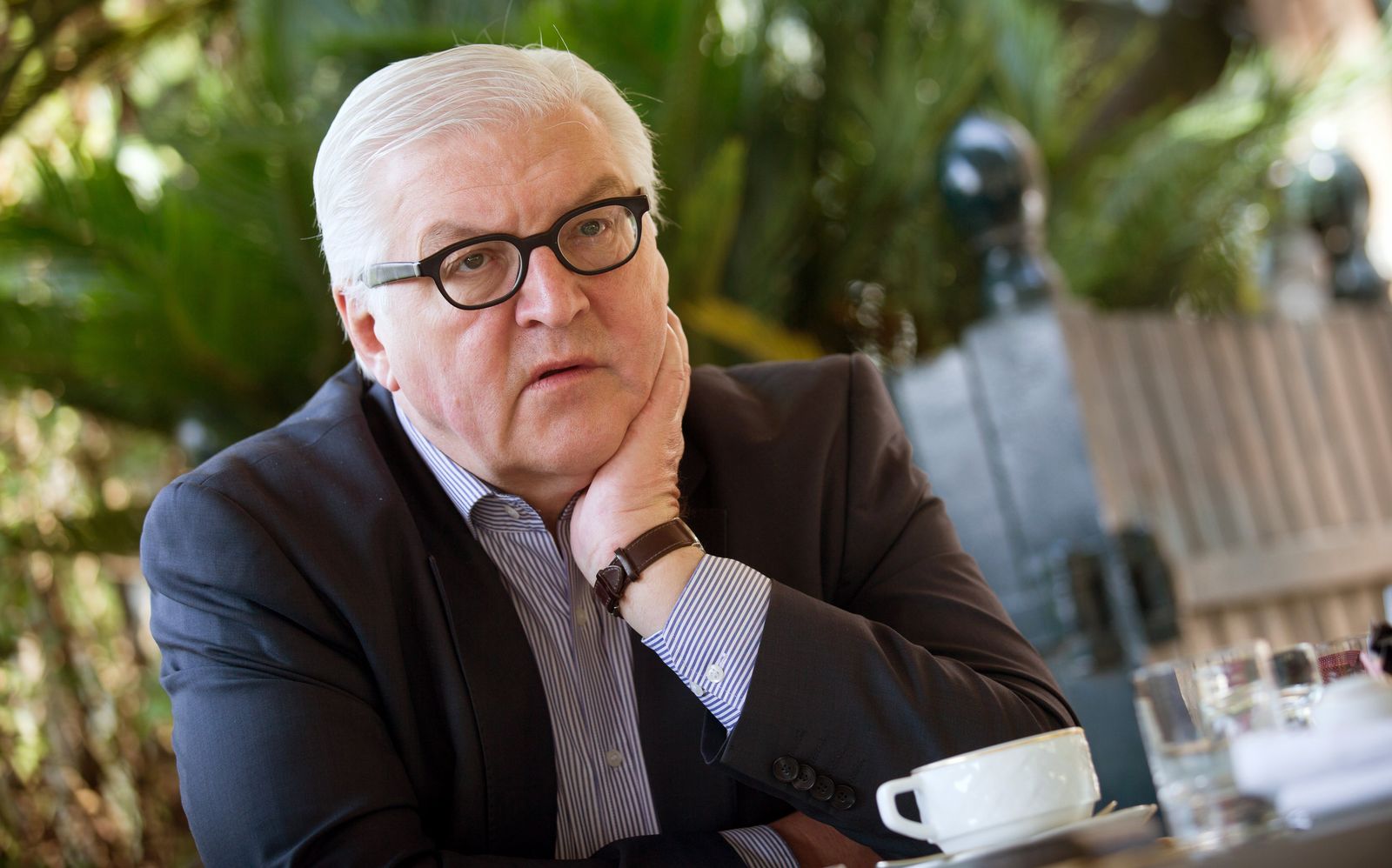 Foreign Minister Frank-Walter Steinmeier: "I don't have a crystal ball."