It was important to German Foreign Minister Heiko Maas that the European Union act strongly. What Belarusian dictator Alexander Lukashenko has done "is so unacceptable" that the EU "cannot be satisfied with just small sanctions steps,” Maas said at a meeting with his EU counterparts. He said that if Lukashenko doesn’t bend – by, for example, releasing more than 400 political prisoners – he will be threatened with "the beginning of a large and long spiral of sanctions.”

The EU has shown strong determination in the wake of Lukashenko’s move to intercept a Ryanair plane last Sunday and arrest Roman Protasevich, the Belarusian journalist who was onboard. This week, EU leaders moved with unusual speed to begin the process of imposing sanctions on the regime.

But now the EU has to back up its words with actions – and that could prove tricky. Eighty-eight individuals and seven organizations have already been placed on the EU’s Belarus sanctions list, including Lukashenko himself. According to diplomats, EU High Representative for Foreign Affairs Josep Borrell has been working for some time on a fourth sanctions list, which could be agreed on by EU foreign ministers on June 21.

But even that, Brussels officials concede, is unlikely to impress Lukashenko. And that is prompting EU member states to discuss even more drastic sanctions now. Maas said "the economic structure and payment transactions” in Belarus also need to be targeted. Borrell has also spoken of measures against entire sectors of the economy, which would represent a significant escalation over sanctions currently in place. It would replace precision strikes with more blanket measures.

It’s still unclear which economic sectors could be included. Petroleum products would be an option – Germany alone bought up Belarus’ entire crude oil exports in 2019 at a value of almost 600 million euros. Belarus is also one of the world’s largest producers of potassium fertilizers. "It would hurt Lukashenko a lot if we could get something done here,” says Luxembourg Foreign Minister Jean Asselborn.

But sanctions could also result in economic damage to companies in the EU. Brussels also wants to avoid sanctions that hit the Belarusian population directly.

That’s also a reason that EU funding continues to flow to Belarus. The European Commission says it provided 34 million euros in aid in 2019 and around 37 million in 2020, the year of Lukashenko’s election fraud. Parts of the funding were stopped after the elections in August, but not those funds that "directly benefit the Belarusian population or are in the offensive interest of the EU” in terms of civil society or independent media, said a European Commission spokeswoman.

More than 40 percent of Belarusian exports already go to the country, and Minsk gets 57 percent of its total exports from Vladimir Putin’s empire. EU sanctions could exacerbate that dependency. Lithuanian Foreign Minister Gabrielius Landsbergis has even warned of the possible annexation of Belarus. "It’s Crimea, just on a bigger scale.”

Related Article
Lukashenko's Revenge: How Far Will the Belarusian Dictator Go in Hunting Down the Opposition?

But Sergey Lagodinsky says that is no excuse. "Lukashenko has long been in Putin's arms," says Lagodinsky, who is a German member of the European Parliament with the Green Party. "The EU negotiated with Lukashenko as a dictator, but it can no longer do so with Lukashenko as a terrorist,” he says. In addition to stopping the imports of potassium fertilizer, he says, the EU should consider cutting Belarus off from the international payment system SWIFT.

Will such steps be taken? So far, the EU states are sticking to the hard line agreed at the summit. "But no one is going to swear to anything until the concrete proposals for sanctions are presented,” says one diplomat. 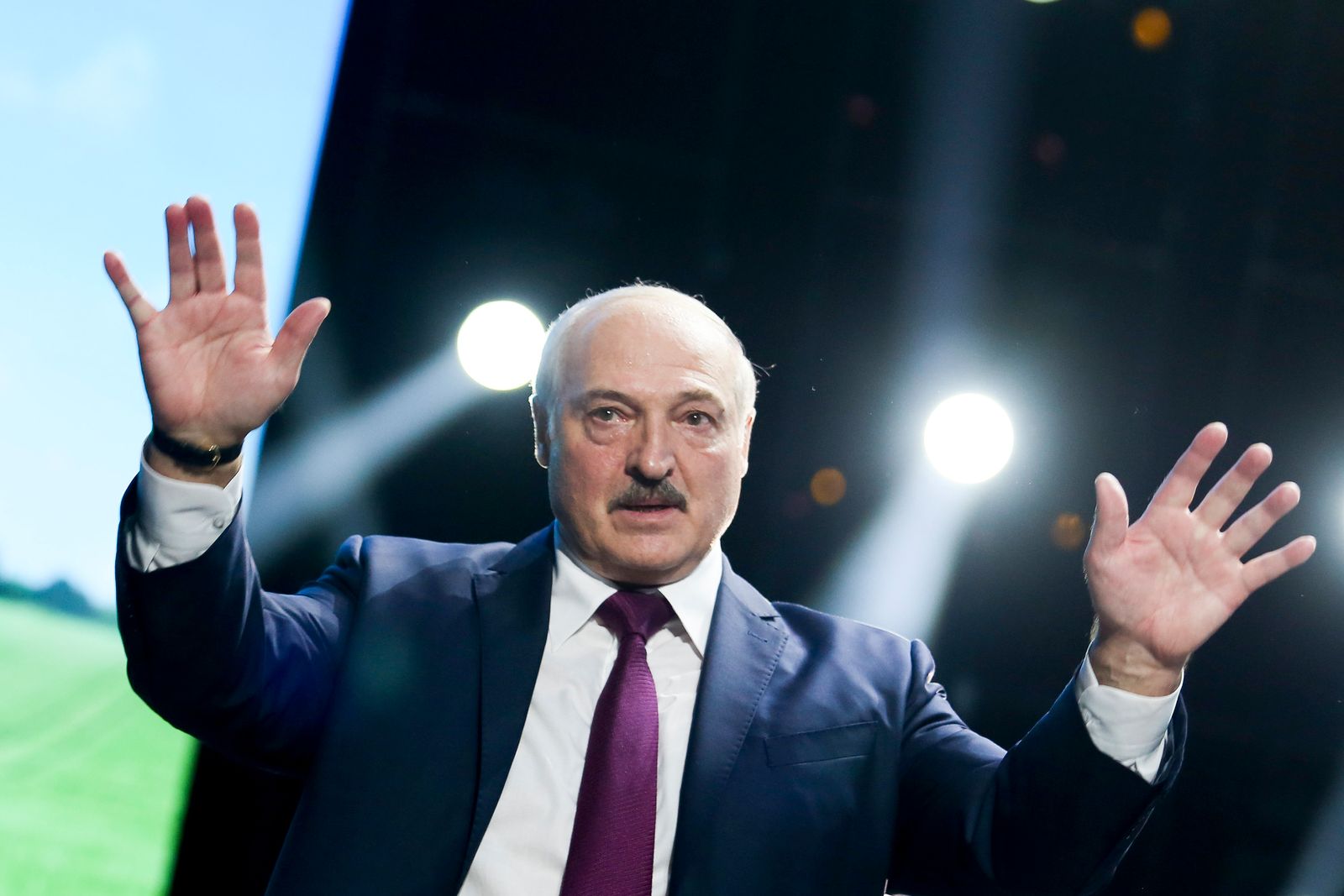