There are many in France who would argue that President Nicolas Sarkozy has never truly embodied the spirit of "Frenchness." He is, say some, too spontaneously proactive and not committed to the kind of intellectually-hued complexe de supériorité that has often characterized his country's leaders. Indeed, at home he has long been called "Sarko l'Américain."

Now, faced with an uphill re-election battle against Socialist challenger Francois Hollande and well behind in the polls, Sarkozy would seem to be doing his nickname justice and taking a page out of campaign playbooks from across the Atlantic. On Tuesday, the French president made immigration a key element of his campaign and, like several US candidates before him, vowed to redouble efforts to find a solution to the Israeli-Palestinian conflict.

Speaking on the French television station France 2, Sarkozy on Tuesday evening said that the annual number of immigrants allowed into France should be nearly halved, from the current 180,000 to 100,000. There are, he said, simply "too many foreigners" in France and it is no longer possible to provide shelter, work and education to them all.

The incumbent also said that he would make 2012 a "year of peace" in the Middle East, adding that the conflict there has gone on for too long.

Pulling Out the Stops

Sarkozy's latest proposals come as he continues to lag behind Hollande in the polls. A new survey released on Wednesday found that, were Sarkozy to go head-to-head against Hollande in the second round of elections, he would receive 46 percent to his challenger's 54 percent. With only six weeks to go before the first round on April 22, the incumbent is pulling out all the stops.

The focus on immigration is hardly a new one for Sarkozy. In 2010, in the face of falling public approval ratings and a scandal surrounding French tycoon Liliane Bettencourt, Sarkozy spent the summer having Sinti and Roma rounded up across the country and sent back to Romania and Bulgaria -- a move that earned him significant opprobrium across Europe.

Still, the concrete policy proposals represent a welcome change from the vitriol that has characterized the campaign thus far. Sarkozy began his official re-election bid on Feb. 16 by saying that Hollande lies "from morning to night." The president is also fond of asking: "Can you think of a single thing that Francois Hollande has achieved in 30 years in politics?"

Hollande, for his part, has blasted Sarkozy for being a "president of the rich" who has an "awful legacy." He says his conservative competitor is "a cross between Silvio Berlusconi and Vladimir Putin" -- a comparison he did not intend to be complimentary.

During his television appearance on Tuesday evening, Sarko l'Américain also admitted several mistakes that he made during his first term in office. Specifically, he cited the vacation he took directly after his election victory in 2007 on the yacht of his rich businessman friend Vincent Bolloré and his attempt to install his son Jean in a leadership position of the Parisian business quarter La Défense.

The interview, it would seem, has not led Hollande to tone down his anti-Sarkozy rhetoric. On the contrary. The Socialist candidate had one word for the president's proposal to cut immigration levels: "Dumb." 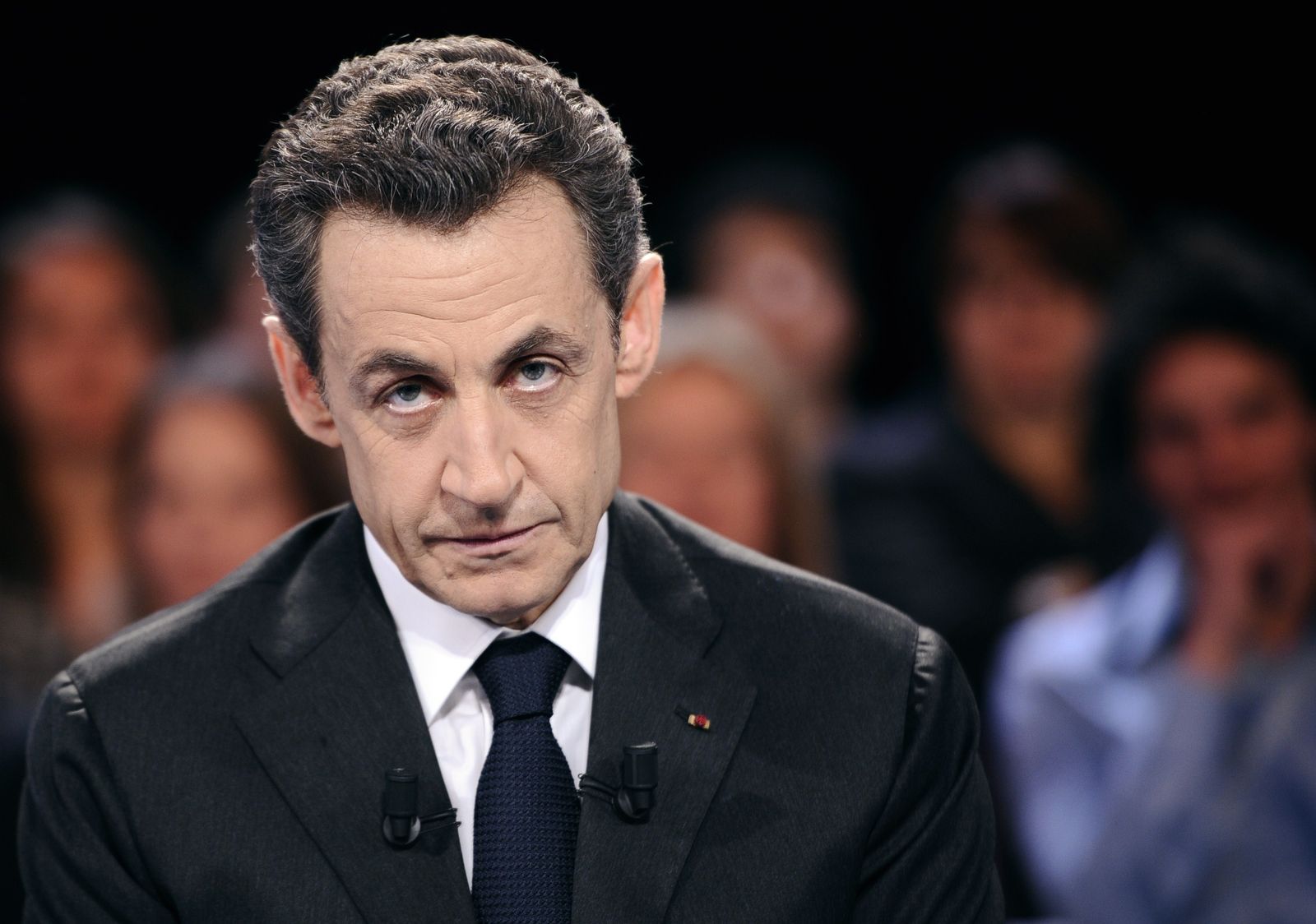 French President Nicolas Sarkozy thinks there are too many foreigners in France.