Marine Le Pen shed tears of joy after her triumph in European Parliament elections on Sunday. When she arrived after midnight at a Parisian night club for the victory celebration with her fellow party members, the head of the far-right Front National (FN) embraced fans and family before letting the champagne flow. Marine's father Jean-Marie, who was re-elected to the EU body for the seventh time, was also on hand to congratulate his daughter. "It was a historic victory," he said.

By Monday morning, the emotional evening had already been forgotten and strategists were once again busy at work at the party's headquarters in Nanterre. Until Sunday's election, the Front National had occupied but three seats in European Parliament -- one each for Marine, her father and his political companion Bruno Gollnisch -- and had led a largely unnoticed existence on the political fringes in Brussels. Now, though, the party's caucus will grow by 21 representatives.

After pulling in a triumphant 25 percent of the vote, the Front National will now have the largest number of seats of any French political party in the European Parliament. Marine Le Pen has every intention of using the party's presence at parliament's headquarters in Strasbourg and Brussels for political gain. Some within the far-right in France are already considering their political futures -- all the way up to the presidential palace in Paris.

The first step in the "long march," as Marine Le Pen has termed it, is the creation of a party group in the European Parliament comprised of skeptics of the euro common currency, EU opponents and the far-right or right-wing populists. Doing so would provide the parties with greater access to money and key posts and would also raise their profile. To create a group, at least 25 members of parliament from seven different EU member states must join together in a bloc. Given the divergent ideologies on Europe's right wing, that won't be an easy task.

The only true support Le Pen can count on is from the Austrian right-wing Freedom Party. Right-wing populist parties in Belgium and the Netherlands failed to deliver on Sunday, managing only disappointing results. Meanwhile, radical political forces in Denmark and Britain have said they will not join an alliance with the Front National.

Despite Le Pen's triumph -- which the front pages of France's newspapers described as a "Big Bang," a "repudiation" and even an "earthquake" -- right-wing populists will remain a minority among the 751 members of the European Parliament. "They won't have enough influence to determine policy direction," FN expert Joel Gombin told French news station BFM. "On the contrary," the sociologist said. "The relatively good showing of the euro opponents will force existing EU parties to increase their cooperation."

That, though, is of little consequence for Le Pen and the Front National. This election cycle clearly demonstrated that the party's anti-EU message, and its criticism of an EU that takes power away from member states, is attractive to both workers and young voters.

To be sure, the French far right's success is also the product of French voters' frustration with the country's economic malaise and a growing disillusionment with established political parties. Indeed, the Socialists and the conservative UMP are increasingly perceived as being muddled, unreliable or even corrupt. To capitalize, Marine Le Pen has refashioned Front National's ideology from the ground up, and now appears to many in France as a modern and dynamic force.

Conquering France One Step at a Time

Thus, Sunday's success is seen as but a stage victory among Front National's leaders. They have set their sights on more than EU institutions in Brussels; they also want power back home. "Conquer France first, then destroy Europe," Louis Alliot, deputy head of the party as well as Marine Le Pen's companion, said of the strategy.

With 4.5 million votes, the party didn't fare as well on Sunday as it did during the 2012 presidential election, when it attracted 6.5 million French voters. Still, the party did manage to attract around 11 percent of all eligible voters, which has sparked hopes among FN supporters for the 2017 presidential campaign.

In order to position Marine Le Pen as a realistic alternative to the mainstream parties, the far-right is focusing on conquering the country one step at a time. Next year's regional elections could prove decisive. Of the 21 regional administrative bodies where elections are to be held, 20 are currently led by the Socialists.

If the left fares as poorly in those elections as it did on Sunday -- the Socialists managed just 14 percent -- the FN could profit from its continued decline. Marine Le Pen could also stand a real chance in a match-up against President François Hollande. Current polls show that, with a public approval rating of just 11 percent, Hollande is the most unpopular president of France in decades.

But is Le Pen's shot at the presidential palace little more than wishful thinking? "In the past, the Front National has only had bastions of support in certain areas," says political scientist Gombin. "But with this election, FN has become a national party. Next to the traditional left and right, it has now risen to become France's third political force." 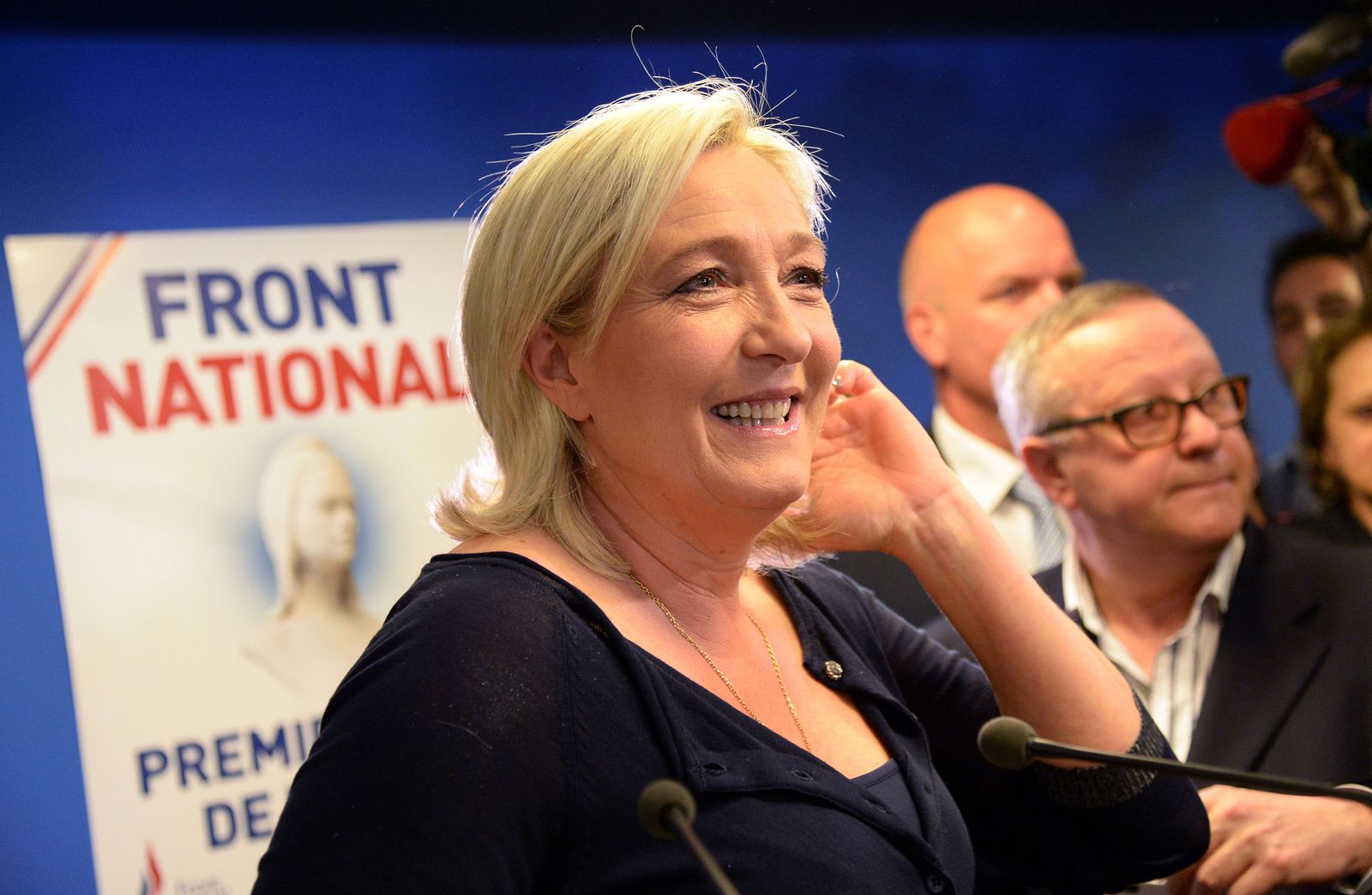 With its triumph in Sunday's European election, Marine Le Pen's far-right Front National is hoping to move from the margins to the mainstream.