For months, European Union nations have been wrangling over how to create a common banking supervisory authority. But they now appear to be close to resolving their dispute.

Germany and France have agreed to a compromise on plans for the European Central Bank to be the bloc's banking watchdog, German daily Süddeutsche Zeitung reported on Wednesday, ahead of a finance ministers' meeting about the subject. EU leaders want to sign a deal on bank supervision at a summit on Thursday and Friday.

According to the Süddeutsche, German and French officials agreed that the ECB should supervise all banks deemed system-relevant, in addition to those being propped up with public money. The other banks would remain under the supervision of national authorities, but the ECB would have the right to give directions and to assume responsibility for monitoring particular banks in justified cases.

German business daily Handelsblatt reported that the ECB may supervise between 60 and 150 banks in Europe. Those include banks with total assets that exceed €30 billion, or with assets that are greater than 20 percent of their country's gross domestic product.

France and Germany had been mired in disagreement on parts of the plan, leaving little time left for the EU to meet its pledge to complete the framework for a banking union by the end of the year.

France had wanted an EU banking watchdog that covered all banks in Europe, while Germany only wanted to submit the biggest banks to common supervision.

The compromise follows a proposal submitted this week by Cyprus, which holds the rotating EU presidency. Under the proposal, only Deutsche Bank, Commerzbank, central cooperative bank DZ Bank, all the big state-owned regional banks and a few other savings and cooperative banks would come under the ECB's supervision in Germany.

Berlin had resisted a reform that would have made the ECB responsible for monitoring all its savings and cooperative banks.

EU leaders hope setting up a single banking authority and later establishing a resolution fund for distressed banks will stop them from pulling their countries into crisis. They also plan to create a way of coordinating national deposit guarantee schemes.

Most countries support the idea of supervision, which is the first pillar of a full banking union, but they disagree on how to structure it and on the extent to which bank risks are to be shared. The latter point is of particular concern to financially strong Germany, which fears it may end up shoring up foreign banks.

All 27 countries in the European Union must give their approval for the project to go ahead, but only euro zone banks will fall under the banking union to start with.

Süddeutsche quoted a senior EU diplomat who said that the Franco-German compromise had boosted the chances of an agreement among EU finance ministers on Wednesday. 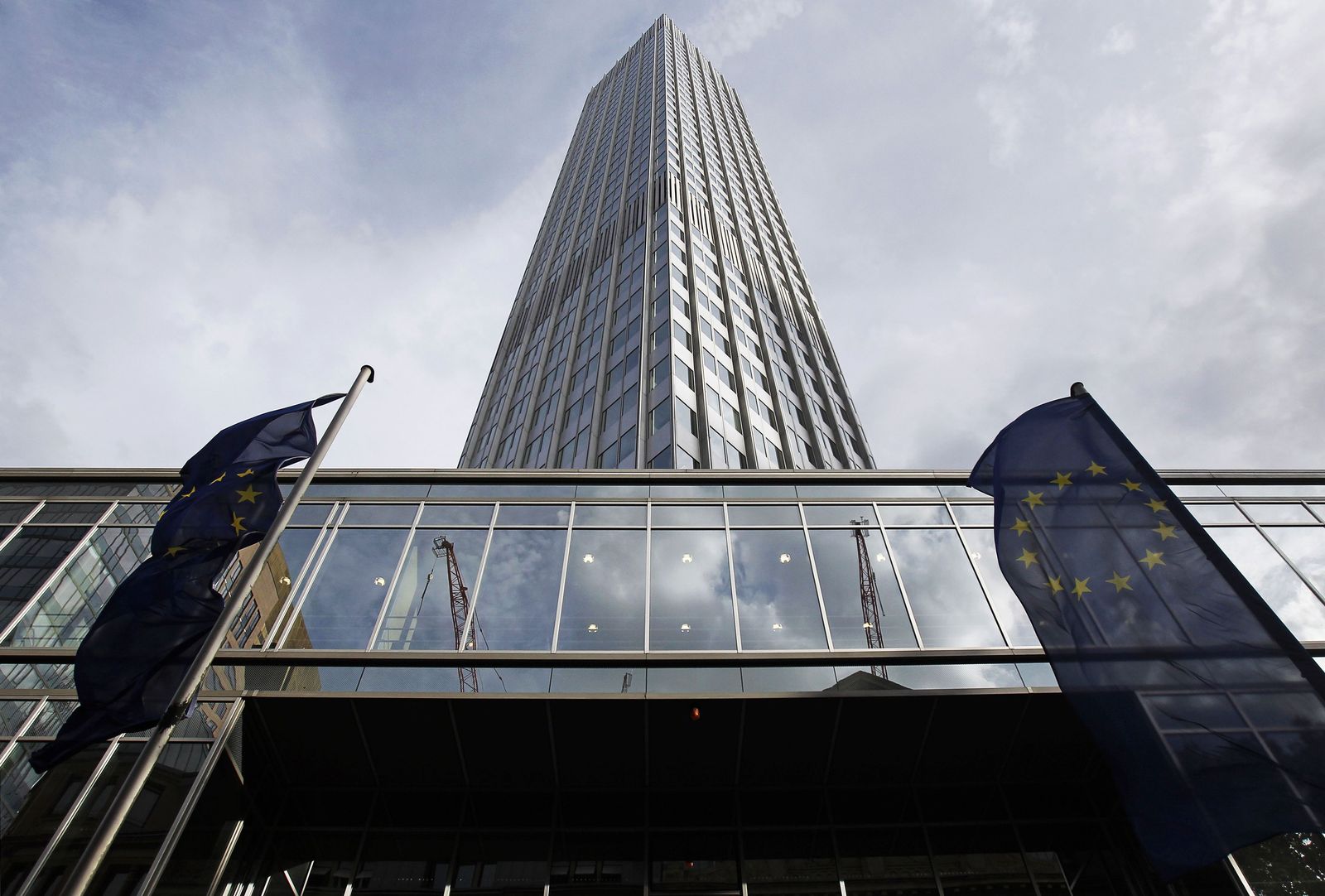 The European Central Bank in Frankfurt is to become Europe's banking watchdog -- but only for the biggest banks, according to a French-German compromise.