French President Nicolas Sarkozy is considering proposing the creation of a European security council that would include Russia at a two-day summit meeting with German Chancellor Angela Merkel and Russian President Dmitry Medvedev which begins Monday.

Such a move would bring Medvedev closer to his goal of a new European security architecture. But both the Kremlin and Berlin are worried that the energetic Frenchman may damage the rapprochement between Russia and the EU if he pushes ahead too forcefully.

The Europeans haven't forgotten how Sarkozy surprised the continent with his lightning diplomacy before, when he visited Moscow in 2008 at the end of the war between Russia and Georgia and made rash concessions to the Russians in peace talks.

The three-way summit in the French seaside resort of Deauville, the first in four years, is a cause of concern to other European states, which are feeling excluded. In Washington, the meeting is awakening memories of the alliance between Gerhard Schröder, Vladimir Putin and Jacques Chirac, the then leaders of Germany, Russia and France who opposed the Iraq war in 2003.

A European security council would devalue the NATO-Russia Council which is dominated by the Americans. The French government believes Russia's cooperation regarding sanctions against Iran in the dispute over Tehran's nuclear program shows that the country has changed and that it wants to "anchor itself in the West." The "language of confrontation" has been overcome, Paris believes.

Sarkozy appears to want to seize on the outcome of a meeting between Merkel and Medvedev in Germany in July which called for the creation of a new foreign minister-level security forum between the EU and Russia. The French president is envisaging a "technical, human and security partnership" with Russia -- led by the French, of course, not by the Germans.

This week's three-way summit is intended to improve economic and security co-operation between the EU and Russia and to deepen ties between Russia and NATO. Merkel played down expectations that the meeting would produce concrete results, saying it would be a "brainstorming summit."

"We will talk about how to improve cooperation between Russia and NATO because the Cold War era is well and truly over," the German leader said. 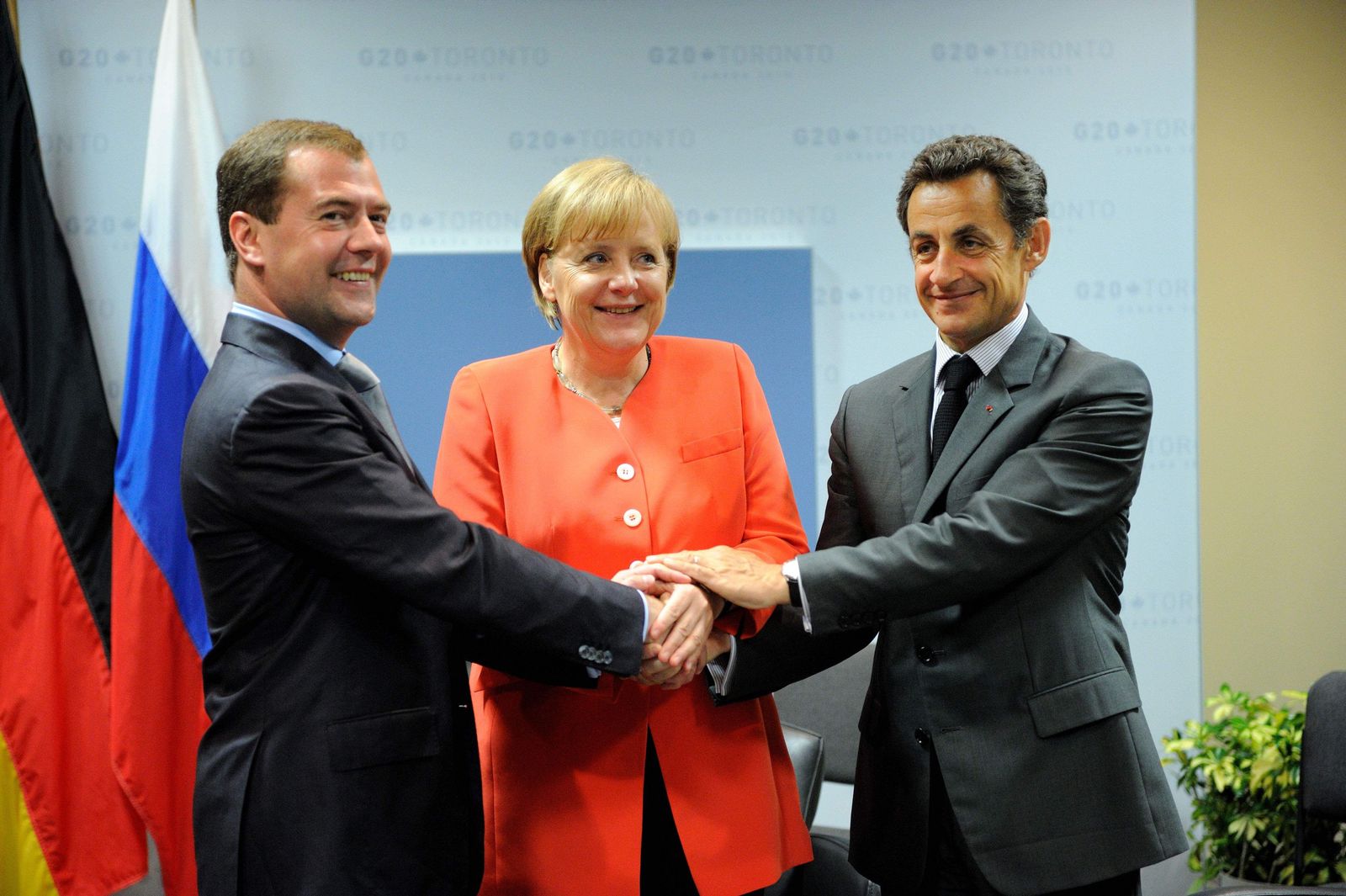