Sunday's elections showed how this much-maligned Europe is becoming more politically integrated. In former times, Germans called it a "Super Sunday" when three regional elections were being held on the same day. On Sunday, though, the term applied to votes held simultaneously in France, Greece and the northern German state of Schleswig-Holstein. The outcome of the French presidential election has the potential to determine the future of the entire continent. And the Greek vote could well decide what will happen to the euro. And Schleswig-Holstein will shape the fate of Philipp Rösler, the leader of the ailing pro-business FDP, Chancellor Angela Merkel's ailing junior coalition partner.

From Germany's point of view, the impact of the victory of Socialist François Hollande in the French presidential election shouldn't be exaggerated. The hyperactive Nicolas Sarkozy made grand promises when he entered into office but didn't deliver much. At the moment, Germany is calling the shots in Europe while France is fighting to prevent its own economic decline. The French election wasn't a vote against Germany but a vote for France. The French want a president who can negotiate on equal terms with Angela Merkel. That's perfectly understandable.

Hollande promised the French he will do this. Of course he will be a difficult negotiating partner for Angela Merkel, but he will learn that she can be difficult too. He wants economic stimulus programs, she wants budget discipline. If they're clever, they'll reach a compromise that will allow both of them to save face in front of their respective domestic audiences. In the long run, neither can possibly have an interest in blocking the other.

There Will be Some Awkward Moments With Hollande

It's clear that there is no alternative to austerity. Angela Merkel's most important allies, the ratings agencies, would immediately and mercilessly punish countries that run up excessive new debts. For Merkel, Hollande's election victory isn't good news, but it is bearable. She backed Sarkozy in the campaign, and there will be some embarrassing moments when she meets Hollande the first few times. But that will be it.

Everything is tied together: Europe, the euro crisis, those are the dominant issues, for German voters as well. Most Germans think Merkel has a grip on the euro crisis. Many of them appear unperturbed by the fact that her government doesn't seem able to agree on or implement any significant domestic policies.

Indeed, Merkel is riding high in opinion polls. That is helping her party, the conservative Christian Democratic Union. In Sunday's vote in Schleswig-Holstein, the CDU managed to stay above the 30 percent level. The rival Social Democrats (SPD) and Greens made gains, but they're not really stronger. That means Merkel and her CDU can hope to remain the strongest political force after the 2013 general election, and to win a third term, as head of a coalition with the FDP, or the SPD, as junior partner.

FDP Will Become Inflated by Its Newfound Success

But will 2013 really be that easy for Merkel? She faces two risks. The biggest at present is the FDP. The party is making discreet overtures to the SPD and Greens about possibly governing together in the future, which heralds a possible shift in the balance of power in German politics. It could make sense for the FDP to wrest themselves free of the captive embrace of the CDU, their natural coalition partner for the last three decades. Merkel should be alarmed at the fact that this new coalition model is now being talked about quite openly.

The FDP could abandon their role as kingmakers to the CDU and start preventing CDU-led coalitions in future. The CDU for its part could start to woo the Greens as possible partners, but neither the CDU nor the Greens are ready for that.

The coming months will be torturous for Merkel's coalition. If the FDP follows up its surprisingly strong result in Schleswig-Holstein with a good showing in the North Rhine-Westphalia state election on May 13, it will become so inflated by its success that it will try to force Merkel to make concessions on important domestic issues -- and threaten the chancellor with a break of the coalition if she doesn't oblige.

The second big risk for Merkel is the economy. Voters like her because the economy is doing well. As long as wages keep rising and unemployment falls, the euro crisis will continue to seem far away. But if the economy slows down, many will start to ask whether the government really has everything under control. That will be the opposition's hour. It always has been -- in Germany, in France, in Europe. François Hollande has proven that once again. 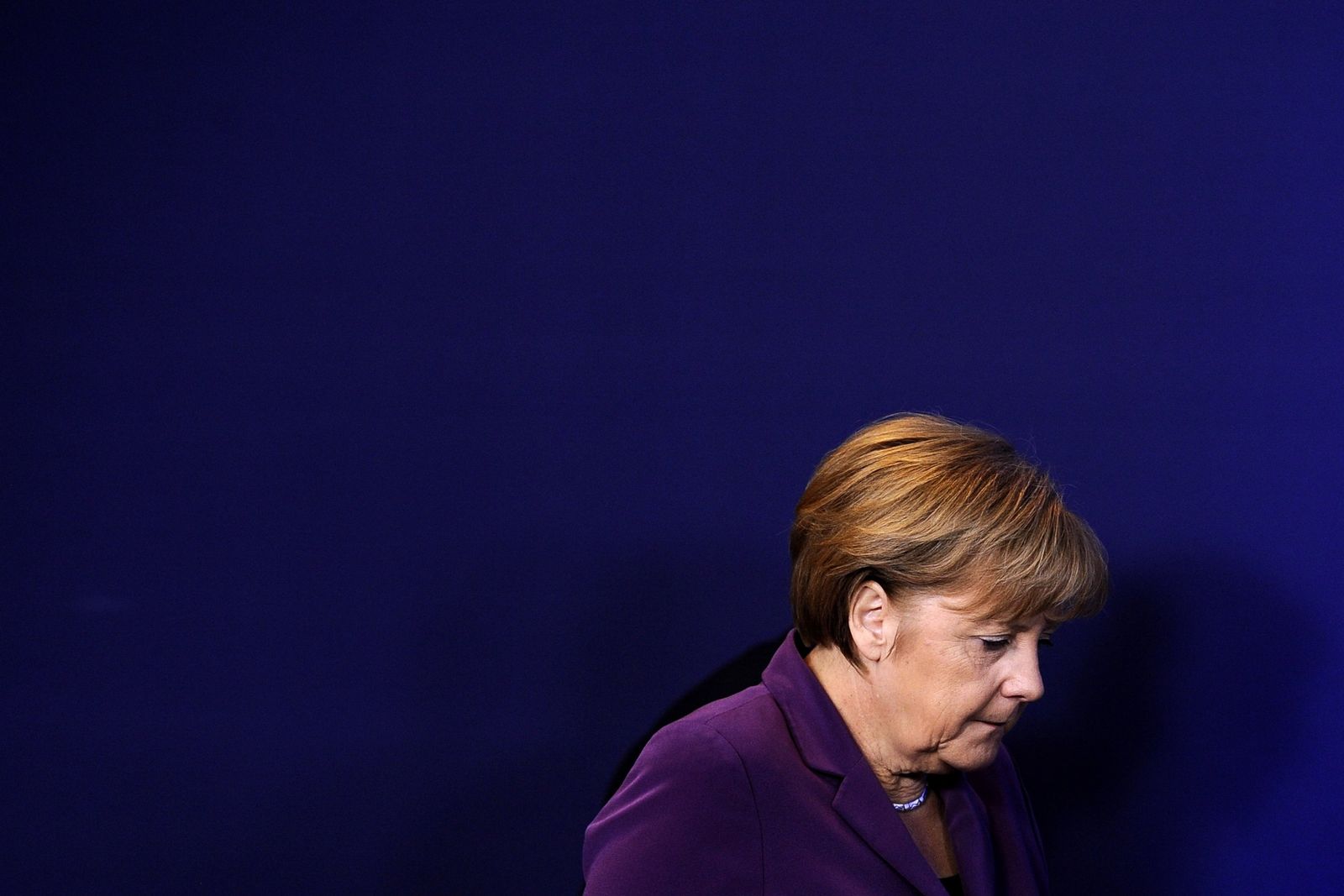