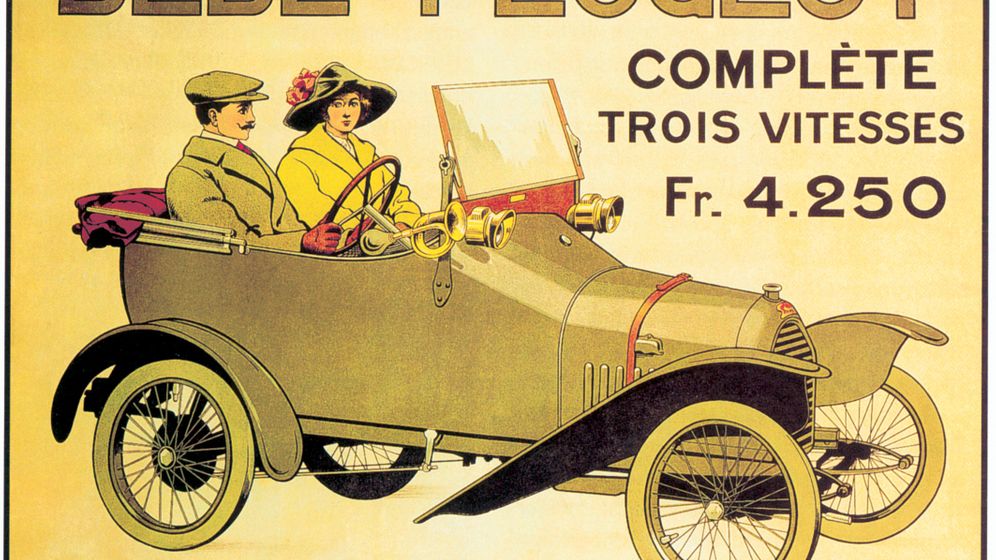 Well-meaning people can often be particularly dangerous. Take French President François Hollande and Minister of Industrial Renewal Arnaud Montebourg, for example. They want to rush to the aid of French automaker PSA, which has driven itself into a crisis with its Peugeot and Citroën brands. Representatives of the CGT trade union, such as Jean-Pierre Mercier, also want to help. "We will fight for our jobs and the livelihoods of our families," says Mercier.

The French government and the unions want to prevent Peugeot from closing its plant in Aulnay-sous-Blois, outside Paris, and slashing 8,000 jobs. But if politicians and labor leaders are successful, they will only make things worse. Perhaps they'll manage to save a few thousand jobs in France in the short term. But, by doing so, they will put the company's future into even greater jeopardy.

The company, which has been making cars since 1890, is fighting to survive. Sales have plummeted, and plants are not operating at anywhere close to capacity. PSA is currently losing €140 million ($173 million) a month.

For the 3,000 Peugeot workers in Aulnay-sous-Bois, their work ended temporarily at 10:30 p.m. on July 26. The plant was closed for five weeks, as it is every year for the summer vacation. But, this time, things were a little different. The commencement of the annual vacation period had a bitter aftertaste. Workers had just learned that the plant was to be permanently shut down in 2014.

President Hollande reacted immediately, saying that PSA's downsizing plans were "unacceptable" and had to be renegotiated. Minister Montebourg said that he had little faith in company management and speculated that perhaps the car company was merely playing the "imaginary invalid." He also said that he had a "real problem" with the company's strategy and the behavior of its main shareholder, the Peugeot family, which owns more than a quarter of its shares and received a substantial dividend last year.

Both CEO Philippe Varin and Supervisory Board Chairman Thierry Peugeot were called on the carpet, and the Peugeot family was forced to hear Montebourg deliver a lecture on patriotism. The company, the minister said, doesn't just belong to its shareholders, but also to "the history of France, a territory, a national idea."

The French state owns a share of Renault, the country's second-largest automaker, but not of Peugeot. Nevertheless, the government behaves as if Peugeot actually were a state-owned company. In this respect, it is demonstrating how matter-of-factly French politicians intervene in the management of major corporations.

Missing Out on Globalization

For the government, the fight over the Aulnay plant is not a question of the fate of a single factory. The president's credibility is at stake, especially after he made a campaign promise to help French industry get back on its feet. But now the Aulnay case is underscoring the sad shape of French industry.

France is still one of the world's strongest industrialized countries. Carmakers Peugeot and Renault, pharmaceutical company Sanofi, train and power plant manufacturer Alstom and defense contractor Thales form an industrial core, and yet it is one that has been deteriorating in many areas for years. France has lost some of its international competitiveness.

Hollande's predecessor, Nicolas Sarkozy, said that France would no longer be a great nation "the day we don't build trains, airplanes, automobiles and ships."

Nevertheless, Sarkozy was unable to stop the dismantling of factories in France. The number of jobs in the auto industry declined by more than half between 1980 and 2010. This was not an inevitable development, as evidenced by the situation in neighboring Germany, where VW, Daimler, BMW and the like employ more people now than they did three decades ago.

A search for the causes of France's malaise quickly ends at management's door. The erstwhile charm of the Peugeot and Citroën brands has all but disappeared. The Citroën DS, which was known for its hydro-pneumatic, self-leveling suspension, and the 2 CV -- known as "the duck" in Germany, where it was almost as popular as the VW Beetle -- are now only memories.

The current leadership at Peugeot has failed to spot trends. With no SUVs in its product line, Peugeot can hardly benefit from the boom in their sales. Instead, the company has invested a lot of money in hybrid models with diesel and electric motors, which are not selling because of their high price.

Executives at other auto companies have made similar mistakes, but the mistakes alone weren't enough to plunge a company into such a deep crisis. There is another reason for Peugeot's decline: The automaker has largely missed out on the opportunities offered by globalization. Peugeot and Citroën sell more than half of their cars in Europe, where the market is shrinking. PSA is shrinking along with it.

Volkswagen, on the other hand, established a presence in China and North America early on, and the Wolfsburg-based carmaker is now benefiting from growth in those markets. Indeed, VW only sells only about a third of its cars in Europe.

Too Much Government Interference

It's no coincidence that Peugeot is so heavily dependent on Europe, but it's also a consequence of French industrial policy. Paris is generous to its domestic companies, and the government -- whether it's conservative or Socialist -- is quick to support them with subsidies. In return, however, it expects French companies to remain loyal to the French market.

In 2009, Sarkozy provided both Peugeot and Renault with €3 billion in low-interest government loans. In return, both companies had to agree to not close any domestic plants or move production abroad for five years.

When Renault weighed outsourcing the production of its subcompact car, the Clio, to Turkey in 2010, the company incurred the wrath of the president. Sarkozy made it clear that this would be "unacceptable," and pointed out that the government wasn't in the business of pumping so much money into the auto industry so that it could turn around and move its factories abroad. In response, Renault dropped its Turkey plans.

Over the years, this approach to industrial policy has been like a stay-at-home bonus for French corporations, and assistance has been extended to those that have complied with the government's wishes and stayed in France.

Peugeot was also weakened by the success of French trade unions, which secured high wage increases -- with the government's support. Between 2000 and 2010, unit labor costs in the French auto industry went up by 8 percent, compared with only 1.6 percent in Germany.

Since Peugeot -- unlike its German competitors Audi, BMW and Mercedes-Benz -- does not make any luxury cars, the French were unable to raise prices to keep pace with cost increases. This initially meant declining profits, but now French carmakers are actually losing money.

When Helping Is Hurting

Ironically, the victims of these two developments -- focusing on production in France and high wage increases -- are those whose cause is being championed by governments and labor representatives: the autoworkers themselves.

Workers at the Aulnay plant had to look on as their company went into gradual decline. Aulnay was once one of the most modern plants in the country, annually producing more than 400,000 cars. Today, fewer than 140,000 vehicles roll off its assembly lines each year.

An auto plant that produces so few vehicles can hardly be profitable. If President Hollande and the unions compel Peugeot to keep the plant in operation, they will only accelerate the company's demise.

Peugeot needs capital to build and expand factories in China, India and Brazil. If the company continues to incur high losses with its French plants, it will lack the funds it needs to invest in growth markets.

The Peugeot case shows that it is high time for a change of course in French industrial policy. But none is in sight.

"We will fight to the death for our industrial base," says Industry Minister Montebourg 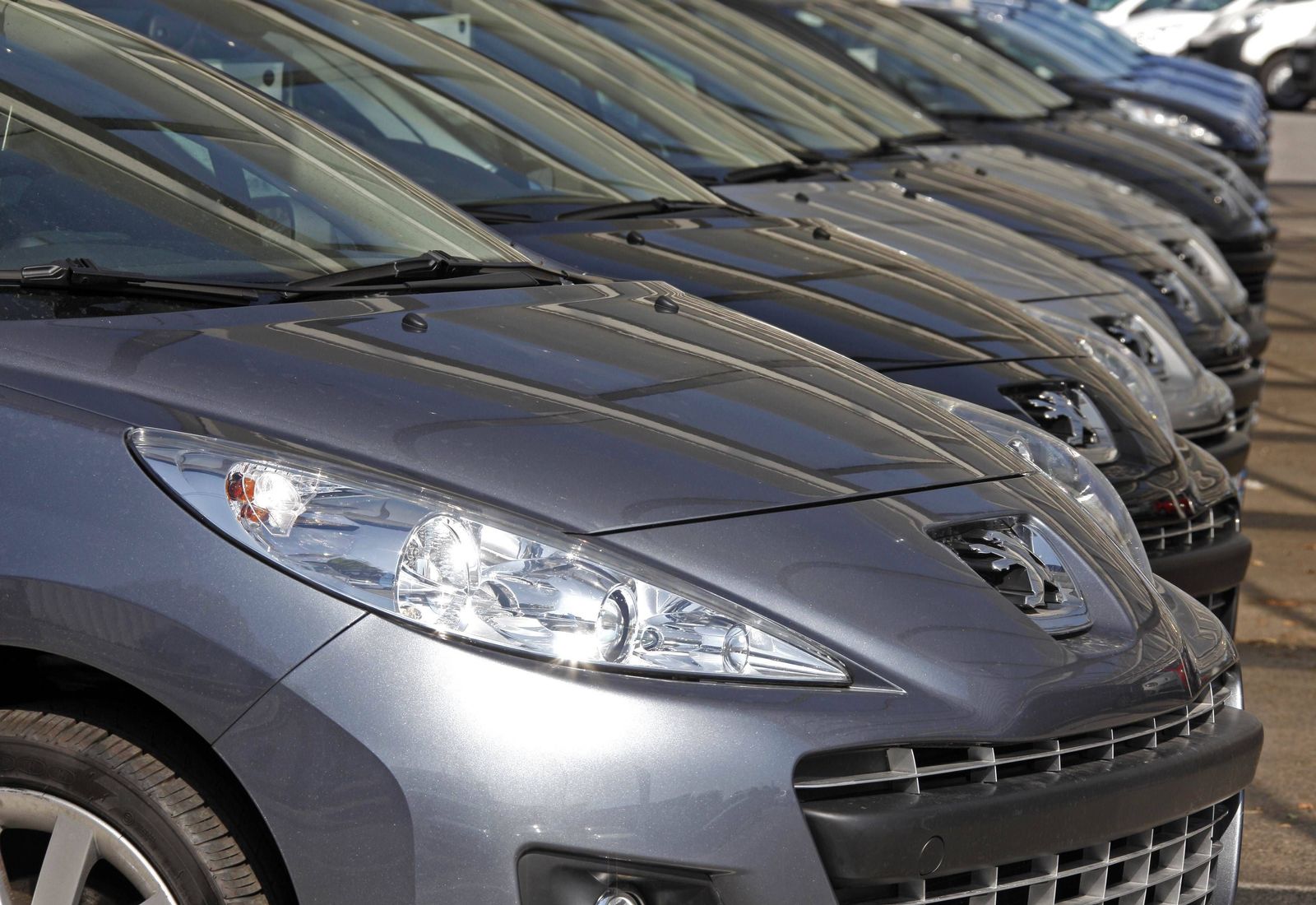 The current leadership at Peugeot has failed to spot trends. With no SUVs in its product line, Peugeot can hardly benefit from the boom in their sales.