French presidential candidate François Hollande has not allowed himself to be provoked by the German chancellor's refusal to meet with him ahead of elections in France. In an interview with SPIEGEL to be published on Monday, Hollande said: "I understand that Mrs. Merkel supports Mr. Sarkozy. After all, they're within the same conservative family of parties." At the same time, the center-left Socialist Party candidate said he isn't necessarily convinced that this support actually benefits the president.

After news emerged last week that Merkel and other conservative leaders in Europe planned to shun Hollande, the first thing the French asked themselves, the challenger to conservative President Nicolas Sarkozy said, was "why this intention existed" in the first place. Besides, he added, it isn't "foreign leaders who will make the decisions for the French people." Perhaps those who didn't want to meet with him "have done me a service without knowing it," Hollande said.

Hollande said he had "simply indicated (to Merkel) my availability in case the possibility to meet before the election could have been given to us." He added that he had not received any official refusal. "But I think it doesn't make sense to insist."

Hollande said confidently: "Now everyone knows my position on the fiscal pact, and they will have to take it into consideration after the election." If he becomes president, he added, "France will not pursue the same policies as under (current President) Nicolas Sarkozy.

Hollande told SPIEGEL that he wants to "renegotiate" the European fiscal pact. What is most important, he added, is that "the necessary budget discipline needs to be accompanied by growth."

Who seriously believes, he asked, "except perhaps a few people in Germany, that we can reduce our deficits if there is no growth?" He also said he is opposed to the European Court of Justice having the power to encroach on national fiscal sovereignty, as is currently stipulated in the fiscal pact.

His goals include "introducing euro bonds as a tool against speculation." He specified that he did not want euro bonds to mutualize the entire debt of the euro zone. This was possibly only in the long term, Hollande added. He said he preferred "project bonds" for targeted investment in growth projects.

When asked whether he would replace the "Merkozy" tandem by a "Merlande" combination in the event of an election win, the candidate responded coolly: "We're not quite at the point yet at which we combine our last names."

Visit SPIEGEL International on Monday to read the complete interview. 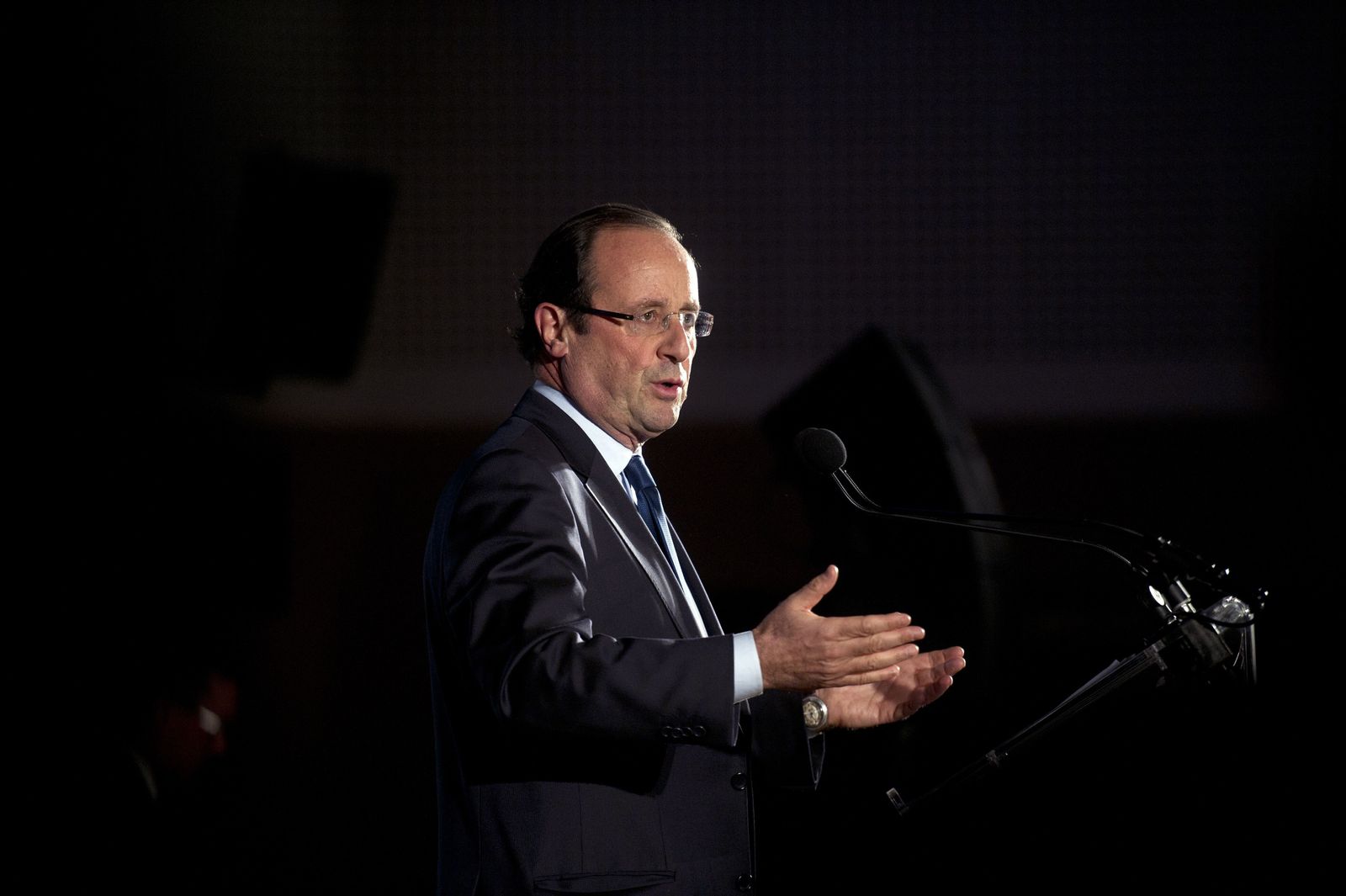