In April, it was Eyjafjallajökull. Now, there is a new threat from Iceland to European air travel: Grímsvötn.

Meltwater is currently gushing from a glacier above Iceland's most volatile volcano, suggesting significant sub-glacial seismic activity. On Monday geophysicists told reporters that the flood at the remote southeastern Vatnajökull glacier could be an indication that the Grímsvötn volcano underneath is about to erupt once again -- raising fears of a repeat of the immense ash clouds last spring which seriously disrupted both trans-Atlantic and European air travel.

So far, says Gunnar Gudmundson from the Icelandic Meteorological office, no underground tremors have been detected. Such tremors are often a reliable signal of an impending eruption. But scientists are monitoring the mountain closely for further tell-tale indications that it is about to blow its top.

The Grímsvötn volcano magma chamber lies buried under 650 feet of glacial ice and volcanic lakes. Movements of magma could be responsible for melting the ice above. Pressure then builds up under the ice until water is forced up to the surface of the glacier.

The resulting "glacial blasts" have been known to send huge clouds of ice, fine ash and dust into the skies. Grímsvötn last erupted in November 2004, spewing volcanic ash 40,000 feet into the atmosphere. The ash fell to earth as far away as Scandinavia and caused temporary disruption to local air travel.

Now, there are concerns of a repeat. In April, much of Europe's airspace was closed for five days after ash from Iceland's Eyjafjallajökull volcano sparked safety concerns. Some 100,000 flights were ultimately cancelled across Europe with the airline industry losing some $1.7 billion in revenues according to an estimate by the International Air Travel Association.

Of particular concern was the fact that volcanic ash has been known to turn to molten glass in extreme temperatures such as those found inside plane turbines. Prior to the chaos seen in April, the International Civil Aviation Organization (ICAO) had been following a policy of "no tolerance" for any concentration of volcanic ash.

In April, however, plane manufacturers revised guidelines and gave assurances that moderate ash levels did not, after all, present a safety risk. Much of Europe's airspace was opened soon afterwards.

In September, a gathering called the "Atlantic Conference on Eyjafjallajökull and Aviation" was held in Iceland to address the impact of the eruption on air travel and identify steps to reduce impact during future eruptions. It was agreed that "extensive improvements" are needed in modelling, measurement and forecasting of the concentrations of volcanic ash, and that "much more research is required by engine manufacturers."

Concerns were also raised at the conference about airlines putting pressure on pilots to fly in uncertain conditions and the official report concluded that "the authorities should have the ultimate decision."

Just how authorities might respond should Grímsvötn erupt remains to be seen. 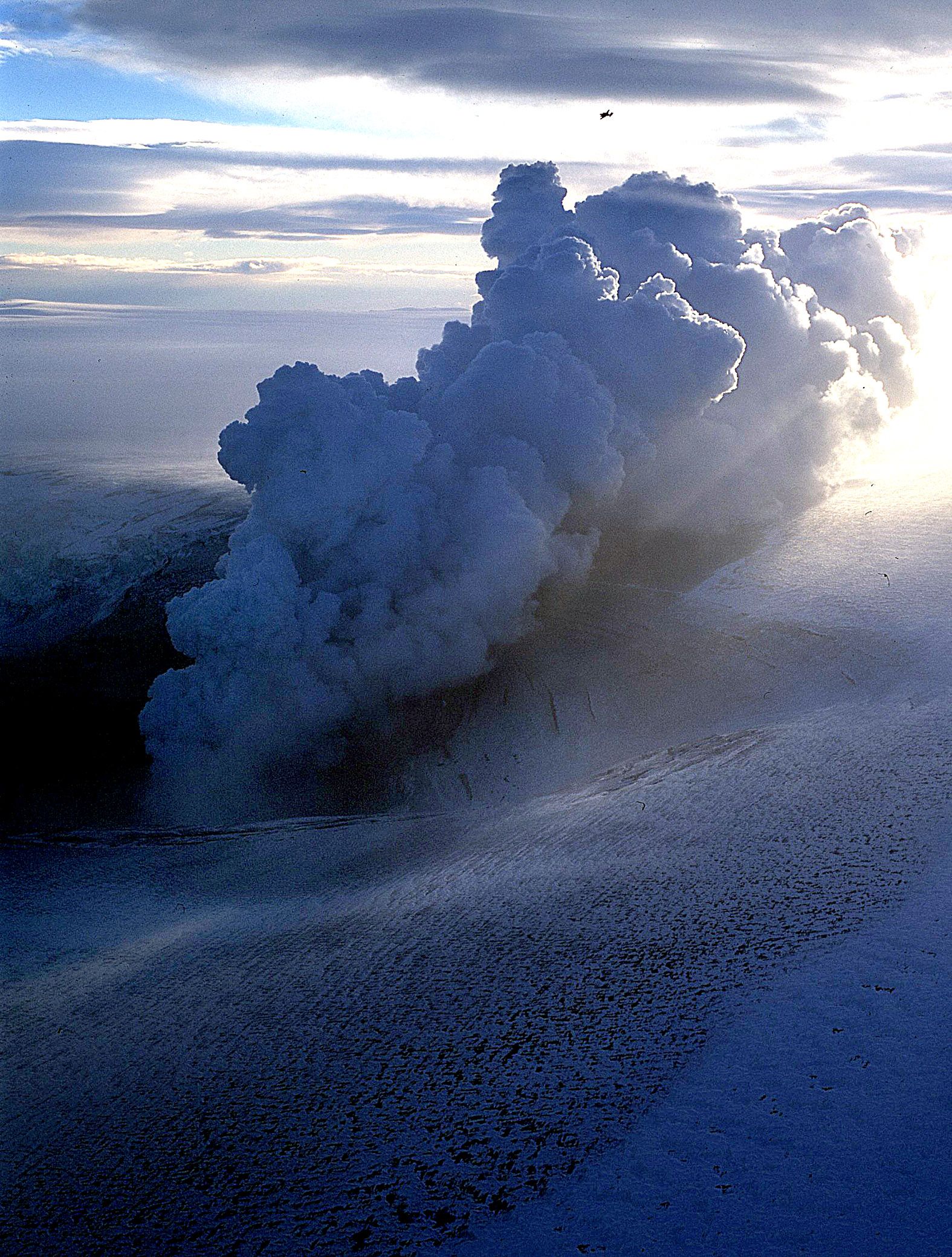 Grímsvötn erupting in November 2004. Experts are monitoring the volcano for signs of an impending "glacial blast."