No more tariffs. No more visas. Vastly more economic cooperation between Russia and the European Union. That's the vision presented by Russian Prime Minister Vladimir Putin in an editorial contribution to the German daily Süddeutsche Zeitung on Thursday.

"We propose the creation of a harmonious economic community stretching from Lisbon to Vladivostok," Putin writes. "In the future, we could even consider a free trade zone or even more advanced forms of economic integration. The result would be a unified continental market with a capacity worth trillions of euros."

The proposal comes as Putin travels to Germany on Thursday for a two-day visit, including a Friday meeting with German Chancellor Angela Merkel. On Wednesday, Russia and the EU reached an important agreement on the elimination of tariffs on raw materials such as wood. The deal was an important prerequisite for the EU dropping its opposition to Russian membership in the World Trade Organization. Moscow is hoping to become a member in 2011.

Putin, though, as his Thursday proposal makes clear, envisions more. "The current state of cooperation between Russia and the EU is not consistent with the challenges that we face," he writes. "To transform the situation, we need to take advantage of the advantages which already exist and the possibilities for progress in the EU and Russia."

A 'New Wave of Industrialization'

In addition to the establishment of closer economic ties between the EU and Russia, Putin also envisions close cooperation on industrial policy. "In my view, we need to address the question as to how we can trigger a new wave of industrialization across the European continent." In particular, Putin mentions ship, automobile and airplane construction, space technology, pharmaceuticals and medical technology and nuclear energy.

Putin also proposes much closer collaboration when it comes to energy. "In recent years, cooperation on energy issues between Russia and the EU has attracted much attention and, to be honest, has been much too politicized." He would like to see European and Russian firms working together "from exploration and exploitation of energy resources all the way to the delivery to consumers."

The offer is a sharp about-face from just five years ago when Gazprom first opened itself up to outside investment. But the vision is likely to take a hit this week. One of the topics on the agenda for the meeting between Putin and Merkel is the German energy giant E.on's intention to sell its 3.5 percent stake in Gazprom in order to concentrate on Asian and South American markets. E.on is the largest foreign stakeholder in the Russian natural gas company.

'Fifty Years into the Future'

Putin also proposed much closer cooperation when it comes to research and high-tech projects. "European science and education must secure its leadership position," he wrote. "That is affordable through a close partnership." An important step to achieving that partnership, he continues, is eliminating the visa requirement for travel between Russia and EU member states.

"The renewed principles of our cooperation could be anchored in the partnership agreement between the EU and Russia, an accord which is currently under negotiation. We should approach this treaty from a strategic perspective. We should try to think 20, 30, even 50 years into the future." 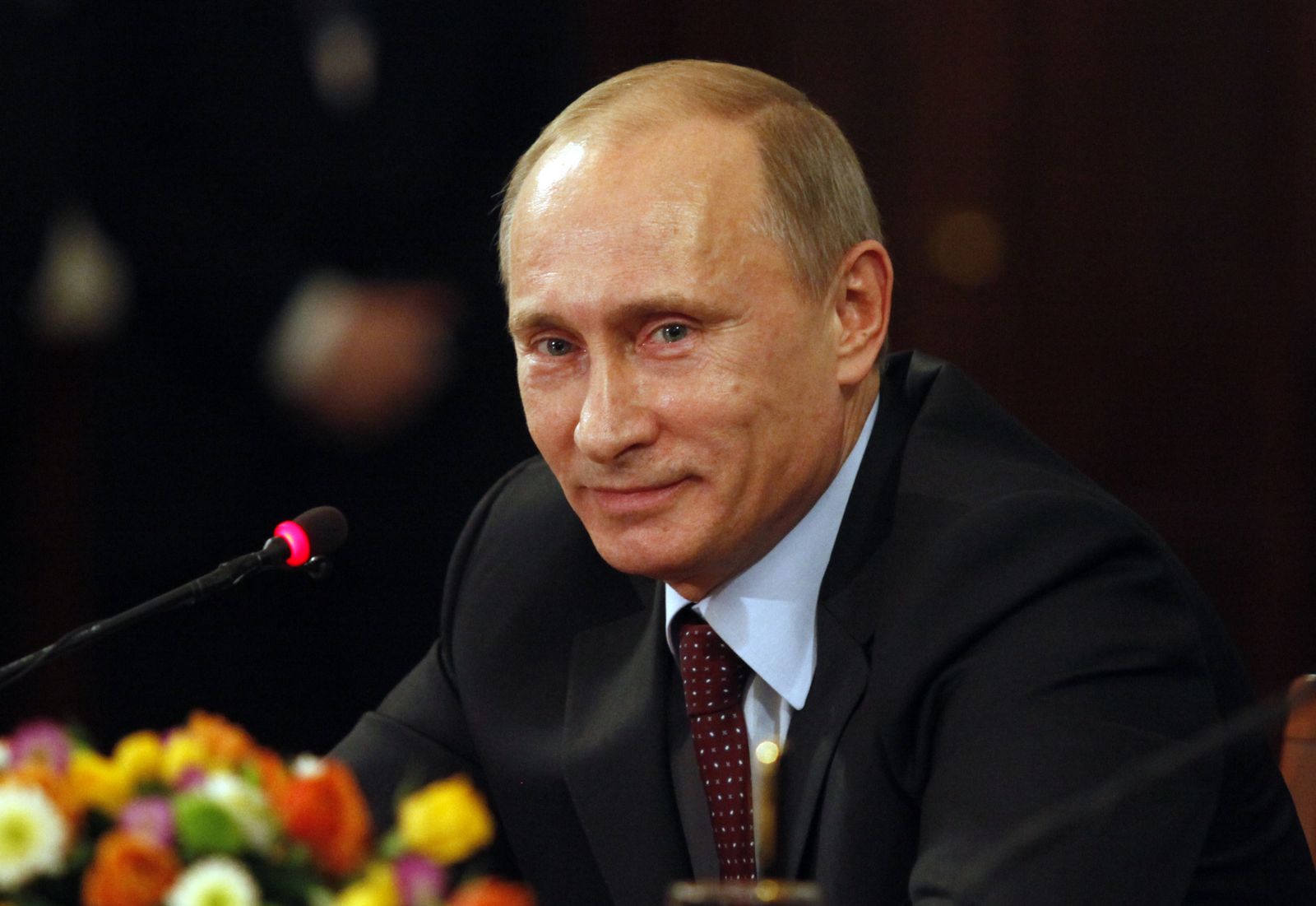 Russian Prime Minister Vladimir Putin would like to see much closer cooperation between the European Union and Russia.