If you missed Seattle, you won't want to miss Copenhagen. That, at least, is what Tadzio Müller, a political scientist and climate activist with Climate Justice Action -- a global network of activists and non-governmental organizations committed to combating climate change -- is telling people. The mass protest movement, he hopes, is turning green.

He won't have to wait long to see if he's right. In just two weeks, dozens of world leaders will gather in the Danish capital in an attempt to agree on a global deal to halt global warming. But with many politicians dragging their feet, pessimism that a binding agreement will be forged is growing.

Environmentalists would like to do what they can to turn up the pressure. And when it comes to demonstrations they plan to stage during the 11-day summit, optimism is as plentiful as CO2 emissions in the US. Leaders say they expect thousands, if not tens of thousands, to show up in support of what they call "fundamental" change in global emissions practices.

"We feel that right now in Copenhagen there is a real opportunity for things to come together a little bit like they did 10 years ago at the World Trade Organization protest in Seattle," Müller told SPIEGEL ONLINE.

Müller is based in Berlin, but plans to head to Copenhagen for the summit. And he's not the only one. Environmental activists are riding in on buses that run on cooking oil, hosting their own conference and taking to the streets. Their demands include an end to the use of fossil fuels and compensation to developing nations for climate protection measures, but they're under no illusion that their wish list will be granted by the world brass.

Instead, they hope to use the climate change summit as a launch pad for a unified, global climate change movement, the likes of which does not exist today -- much in the same way the WTO protest in Seattle in 1999 launched a new phase in the anti-globalization movement.

"We realize that the various forces pushing for what we call climate justice might be currently rather weak and not necessarily all working together," Müller says. "But we are hoping Copenhagen can be a bit of a coming out party for us, where we can see there is actually a global movement and we are actually much stronger than we thought."

To that end, Climate Justice Action and other groups are planning a number of activities to drive home their message. On Dec. 11, one group plans to take "direct action to confront corporations taking part" in the summit in an action called "Don't Buy the Lie." A number of groups are planning a worldwide protest for Dec. 12. And on Dec. 13th, another group hopes to blockade the Copenhagen harbor in protest against the way goods are produced, transported and consumed.

Perhaps most significant, however, Müller and his group plan to storm the conference on Dec. 16 and "disrupt the sessions and use the space to talk about our agenda," as the Climate Justice Action Web site describes it. The hope is that official delegations participating in the summit will join the protest, called "Reclaim Power."

The actions are reminiscent of similar tactics used during the WTO protest in Seattle, when protestors were successfully able to prevent delegates from reaching the convention center where meetings were being held. A riot quickly ensued, ultimately resulting in 600 arrests and numerous injuries -- and in a new model for anti-globalization protests that has been repeated numerous times since then. Indeed, some see climate change as being a new focus for the kind of demonstrations that have grown out of the anti-globalization movement.

Despite Müller's protestations that he wishes to avoid violence, the Danish authorities are assuming the worst -- and outfitting the police with far-reaching new powers. In October, the Danish Ministry of Justice proposed a new law that would increase the penalties for police obstruction and vandalism. The law, branded by some activists as the "hoodlum" law, would increase the penalty for obstructing police to 40 days in jail. Currently, only a fine is called for. Police would also be able to detain potentially dangerous protesters for up to 12 hours instead of the current six. Penalties for vandalism would also increase by 50 percent.

In addition to the new law, Danish police in August released a statement detailing rules and regulations for demonstrations at the climate conference that allow them to break up gatherings "when it is feared that they may constitute a danger to the public order."

Despite accusations that the new measures are "punitive" and "hostile," the Ministry of Justice says they are simply trying to avert a risk to public order and safety. "The new rules will in no way affect peaceful demonstrators," the Ministry said in a statement.

The bill is quickly making its way through the Danish Parliament. The third and final reading of the law takes place on Thursday and activists expect the law to pass.

Climate activists and NGOs are concerned about the Danish measures. In a letter printed in the Guardian in November, seven groups said the law was "deeply worrying" and called on the Danish government to uphold the right to legitimate protest. Their main concern, climate advocates say, is that these new measures may scare people away from participating in demonstrations, even if they have no intention of being disruptive.

"We can't let this moment slip by unnoticed. The idea of these leaders trying to take themselves off to a more G-8 style summit where they are out of the way of people expressing their views is upsetting to us," Nick Dearden, director of the Jubilee Debt Campaign, told SPIEGEL ONLINE. His group focuses on debt in the developing world, but will also be making an appearance in Copenhagen. "It isn't purely for the Danish officials to make the decisions," he insists.

Changes in the Way We Live

Despite the harsher penalties, groups are moving ahead with their protest plans. And unlike Climate Justice Action, most planned events don't seem likely to attract much police attention. The Jubilee Debt Campaign, for example, will be driving an old-fashioned London bus -- which runs on cooking oil -- through northern Europe to Copenhagen to join demonstrations.

Similarly, a coalition of activist groups is holding a parallel conference, entitled Klimaforum, which will include films, workshops, theater, art, public speakers and, organizers hope, around 10,000 visitors a day.

No matter how disparate the activities, however, the goals remain largely the same. "We need," says Niels Fastrup of Klimaforum, "to make more fundamental changes in the way we live." 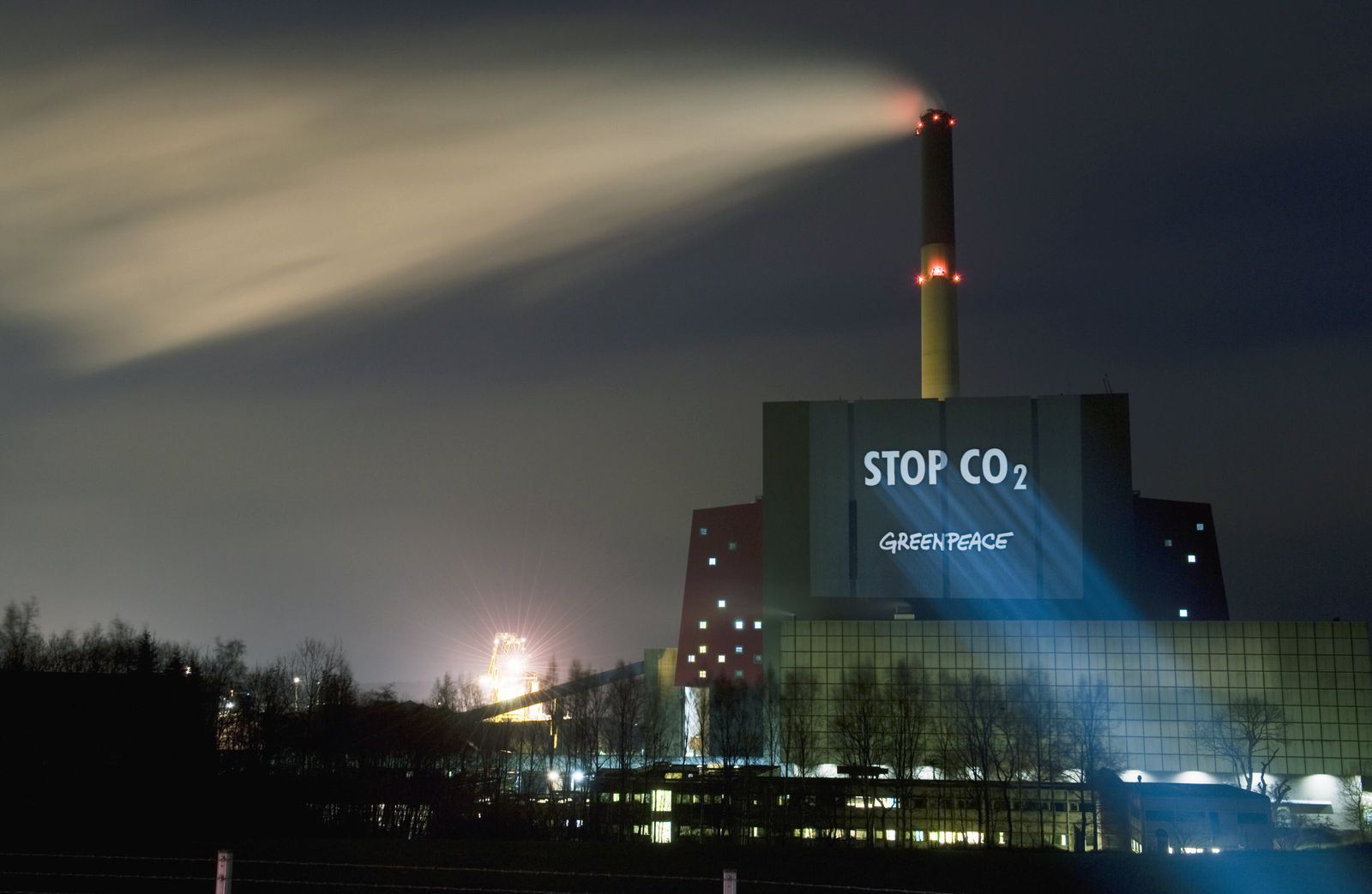 A number of groups are planning to hold demonstrations and protests in Copenhagen during next month's climate summit.