Fabrice Leggeri knows his borders. He headed a unit within the French Interior Ministry that dealt with cross-border traffic, and he helped draft the communique to the European Commission that recommended creating Frontex, the European Union's external border agency. Since Leggeri took up his position as the head of Frontex in January 2015, Europe's migrant crisis has taken on a whole new dimension. Millions of refugees fleeing war and poverty have flocked to the Continent, and their arrival has tested the very limits of one of the EU's greatest achievements: its open borders. Leggeri knows the stakes are high: If his agency can't manage to secure Europe's outer borders, Schengen could collapse.

SPIEGEL: Mr. Leggeri, Turkey is seen as playing a crucial role in handling the refugee crisis. Is the government there doing enough to limit the influx of migrants to Europe?

Leggeri: No. Taking care of 2 million Syrian refugees is, of course, a burden for Turkey. I appreciate that. But if Ankara is going to demand sweeping concessions, such as a relaxation of visa requirements for its citizens, we Europeans should be able to expect more in return in the form of more stringent border controls.

SPIEGEL: As the head of the EU border agency Frontex, what do you have in mind?

Leggeri: Turkey should make life more difficult for the human-traffickers. These are organized criminals we're talking about. The Turkish police have the responsibility and the opportunity to put them out of business. At the very least, we expect Turkey to provide us with information: How many refugees can we expect? And where are they going to arrive?

SPIEGEL: Once migrants are at sea, the Greek coast guard has no other choice but to bring them back to Greece.

Leggeri: People in need of protection must have access to a safe country. The Turkish coast guard should work with the Turkish police to prevent migrants and refugees from putting their lives in danger. But that's not what's happening. Frontex and the Greek coast guard rescued more than 100,000 refugees from rubber dinghies last year and brought them to Greece.

SPIEGEL: At the moment, the number of refugees is decreasing slightly compared to last autumn. Why?

Leggeri: This seems to be due to the winter weather. We won't be able to say whether cooperating with Turkey has already begun to show positive results for at least another few weeks. Despite the bad weather, between 2,000-3,000 people are arriving in Greece each day.

Refugees arriving in Greece by sea

SPIEGEL: The UN refugee agency estimates that a million refugees could try and reach the EU via Turkey this year. Is this realistic?

Leggeri: Yes. We should have no illusions: As long as the bloodshed in Syria continues, refugees will keep coming. Even if all we're able to do is keep the numbers stable, that would already be an achievement.

Leggeri: ... is still 1 million refugees a year. I'm familiar with the math.

SPIEGEL: Amnesty International reports that Turkey has sent hundreds of Syrian and Iraqi refugees back to their home countries.

Leggeri: I can't confirm those reports. One thing is clear: Turkey is a candidate country for EU accession. It is required to offer sanctuary to people in need of protection. It may not simply send them back into danger.

Frontex Executive Director Fabrice Leggeri: "We should have no illusions: As long as the bloodshed in Syria continues, refugees will keep coming."

SPIEGEL: The European Commission wants to make Frontex a proper border protection force with the authority to override the laws of individual Schengen states if necessary to secure the bloc's external borders. What do you think of this plan?

Leggeri: There's no way around it. In a sense, 10 years have been lost since Frontex was founded. Our agents still have no access to the Schengen Information System, for instance, and are thus sometimes unable to help the national authorities as they would like. If we can't protect our external borders, Schengen will fail.

SPIEGEL: In Brussels and Berlin, a discussion is currently taking place about the possibility of kicking Greece out of Schengen. What do you think about these considerations?

Leggeri: Frontex's role is to support the member states in order to ensure a more effective management of the EU's external borders. Our highest priority continues to be the EU-Turkish border. Greece recently requested more border guards to be stationed on the Greek side of the country's border with Macedonia. But the purpose would be to register migrants, not to close the border. 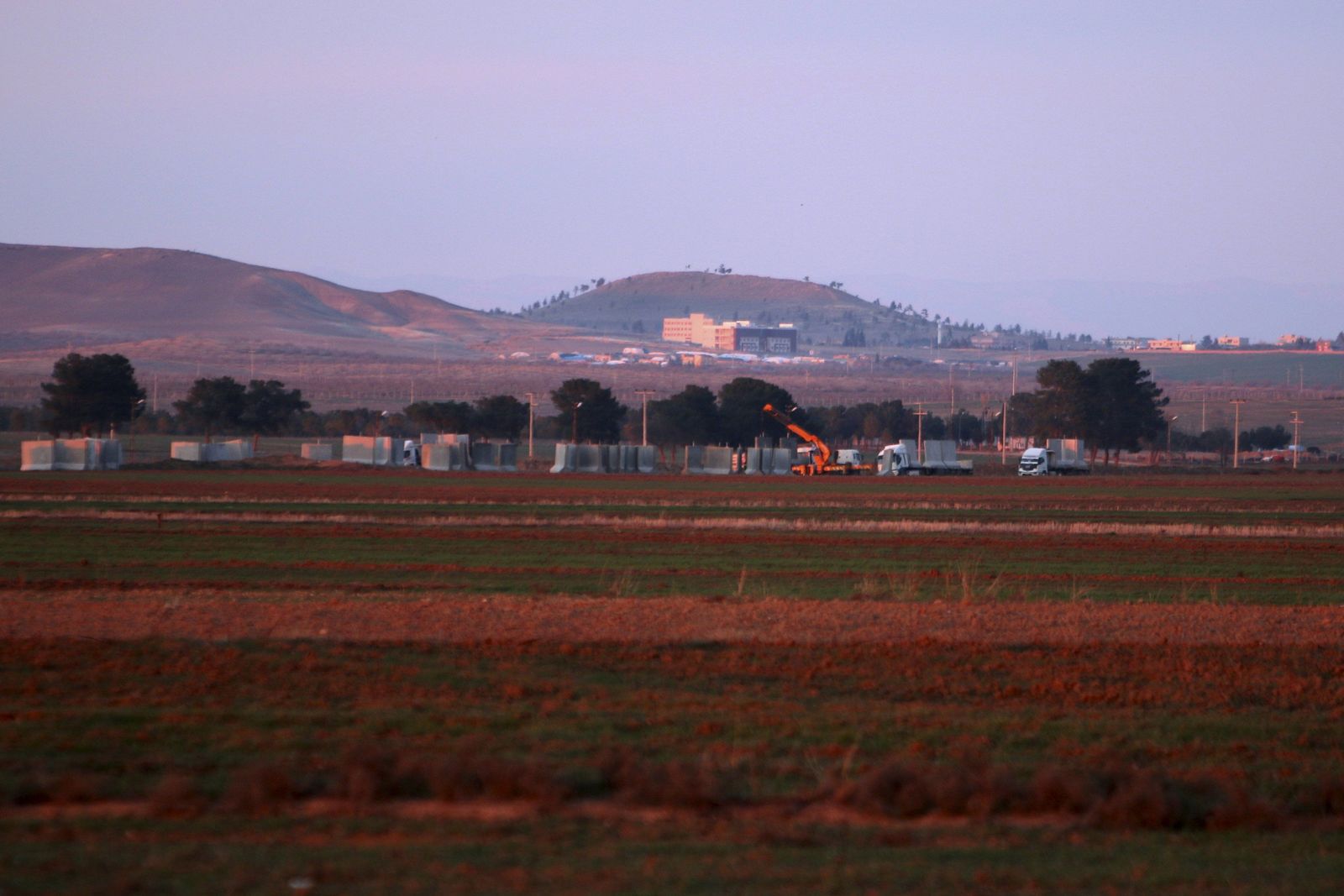 Vehicles carry concrete blocks used in construction of a fence along the Turkish-Syria border in the western countryside of Ras al-Ain, Syria. 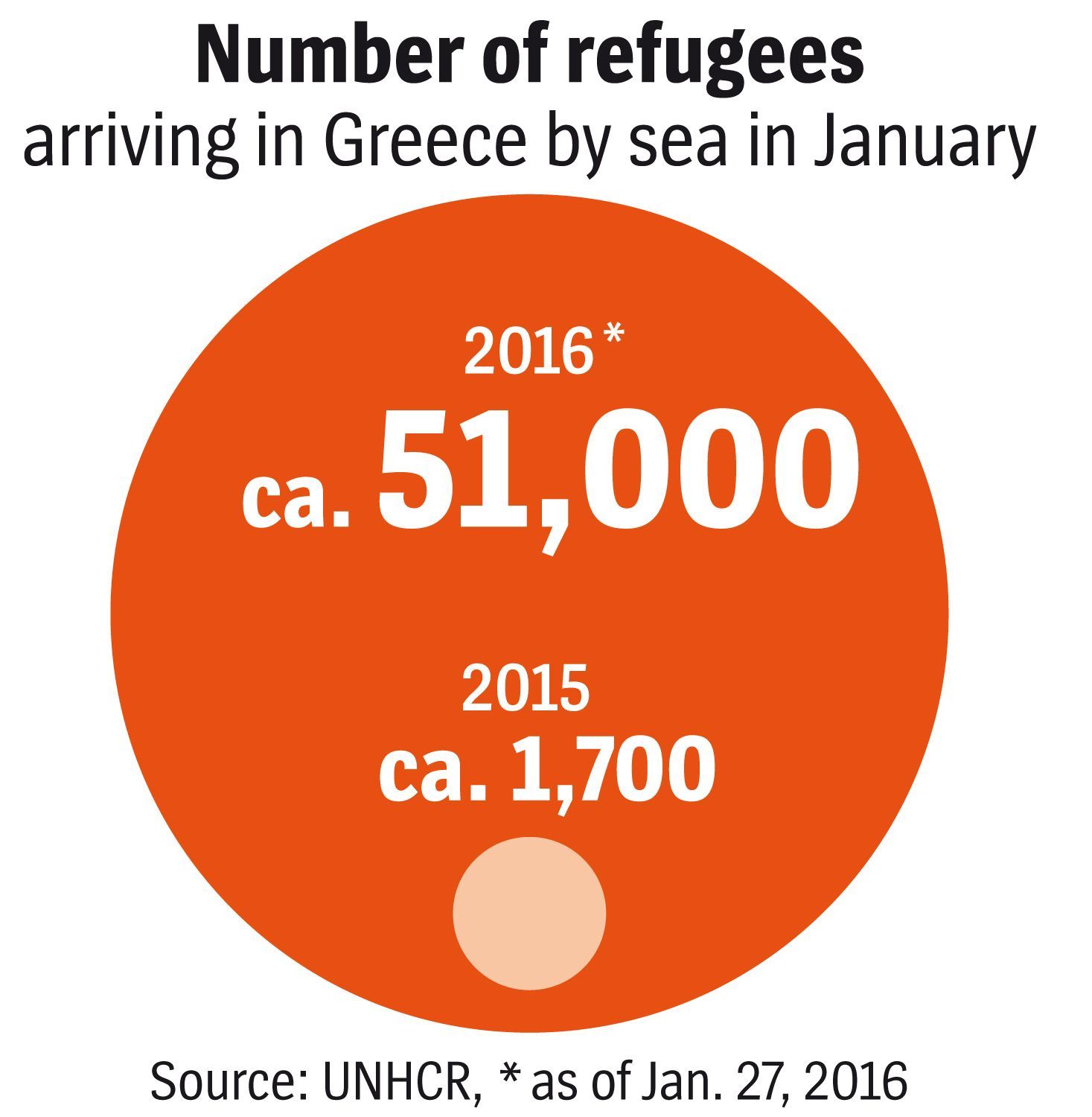 Refugees arriving in Greece by sea 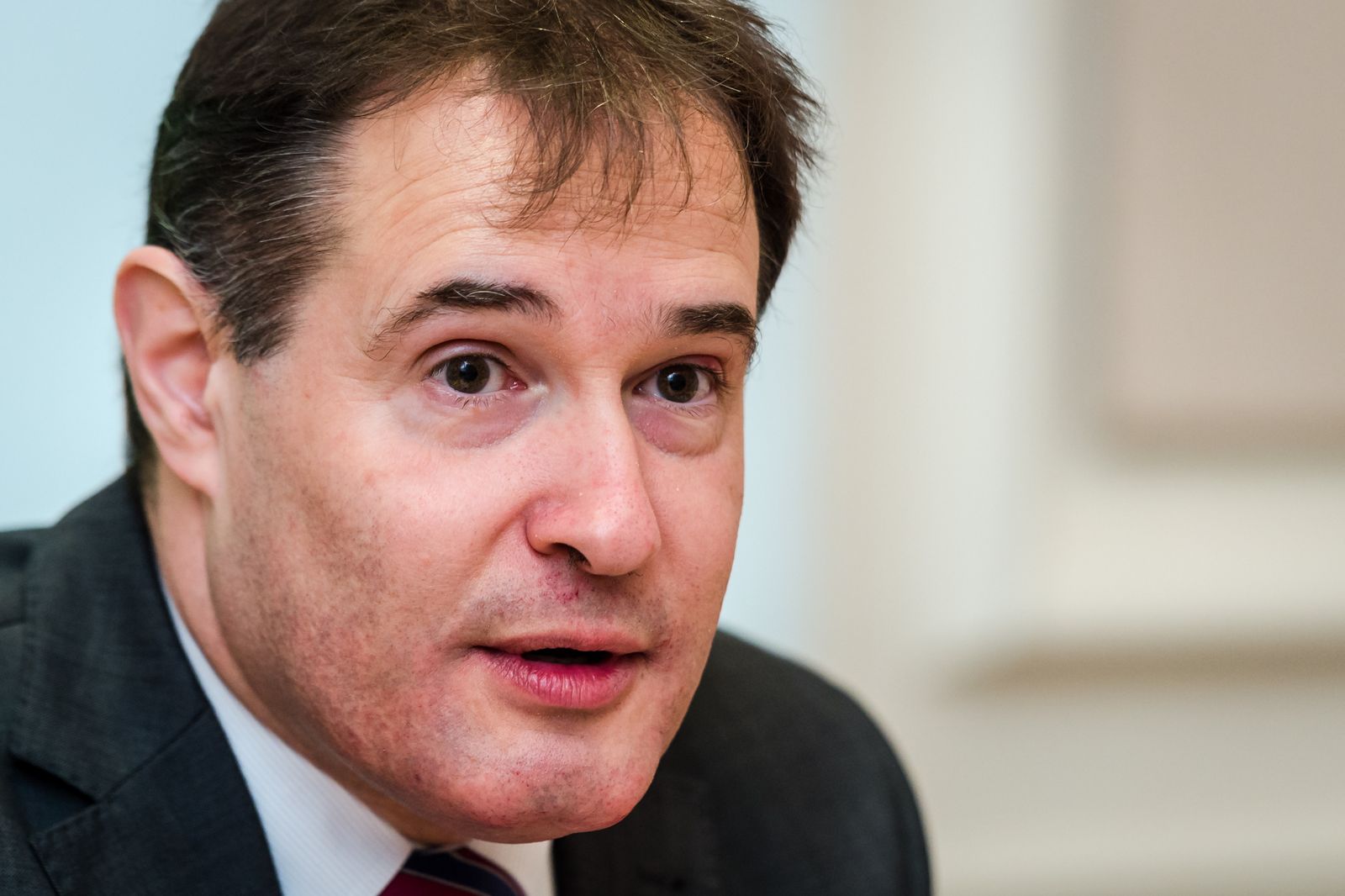 Frontex Executive Director Fabrice Leggeri: "We should have no illusions: As long as the bloodshed in Syria continues, refugees will keep coming."