All it takes for Geert Wilders to get into the spotlight is a single tweet. "Pechtold is protesting with Hamas terrorists," the far-right Dutch politician recently tweeted, along with a photo. It showed protesters with long beards and white prayer caps holding up signs with slogans like "Islam will conquer Europe." Alexander Pechtold, the head of the Dutch liberal party D66, appears to be standing in the middle of the crowd. But the photo is a fake -- someone had photoshopped Pechtold's head into the crowd. Fake or not, it still served Wilders' purposes.

Almost as soon as Wilders, who heads the so-called Party of Freedom (PVV) had posted the image online, hundreds of his more than 760,000 followers began retweeting it. The move outraged Wilders' opponents in The Hague, including the heads of the GreenLeft and Social Democratic parties as well as Pechtold himself. The D66 party head had only recently received a death threat from a right-wing fanatic, and many media organizations in the Netherlands were providing broad coverage of the scandal. But Wilders? Amused, he sent out a tweet that night namedropping the TV shows that had reported about him and then garnished it with the words: "180 characters and an old fake photo from 2009. #ilovetwitter."

Wilders is conducting much of his campaign using his mobile phone, which he uses to tweet out extremely short messages on Twitter. It's a strategy straight from the Donald Trump playbook, but can Wilders copy his success?

With his postings, Wilders has once again reached his goal of drawing the maximum possible attention with the least effort. In the run-up to the March 15 general election in the Netherlands, all eyes are on Wilders, with his signature blow-dried coiffure.

Other parties in Holland have been presenting policy platforms hundreds of pages long, their leading candidates appear on talks shows, give one interview after the other and distribute flyers on town squares. But Wilders refuses most requests for interviews and doesn't to participate in debates. He makes nary a public appearance, but why would he even need to given the power of his smartphone?

"Twitter is the ideal means of communication for populists," says Lykle de Jong, a doctoral student in cultural studies at the University of Amsterdam who analyzed Wilders' tweets for his master's thesis. "These channels make it possible to skip the mainstream media and still be able to disseminate messages to millions of people. They also create the impression of proximity to the people even though the people sending them never really have to actually interact in any significant way with the people." As such, Twitter is the perfect tool for a man like Wilders, who is the subject of constant threats due to his Islamophobic views, has to live in a secret location under permanent police protection. 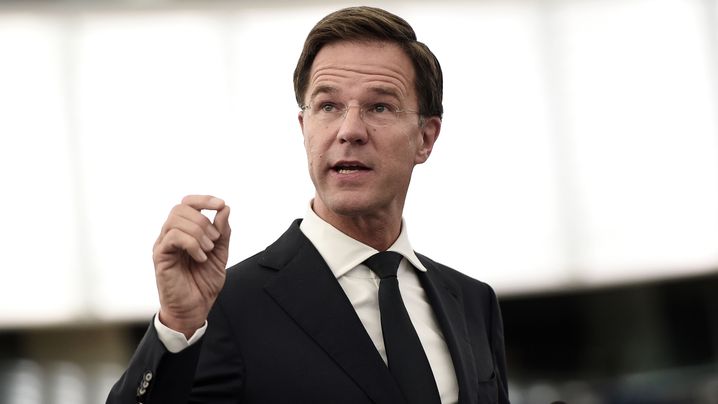 The biggest advantage to Twitter, however, is that it is unrivaled in its ability to provide cheap and effective communication. This is important for Wilders, given that his PVV party doesn't have the funds to finance his campaign. Geert Wilders is, after all, PVV's lone member. Dutch law allows single-member parties and, so far at least, Wilders has always prevented others from joining his party. The reason, he once told SPIEGEL, "is to prevent the wrong people from holding our party hostage." It has been said that Wilders is obsessed with the fear of losing control.

So it seems fitting that he uses Twitter as a one-way street for communications, like a self-owned TV channel that he controls. In that regard, he's quite similar to Trump. Both right-wing populists use online channels to provoke, manipulate and insult people. They also adopt similar styles of writing -- using ALL CAPS or exclamation marks! They almost seldom engage in debates. And none of this seems to bother the people who support them. Wilders has been leading the polls in the Netherlands for months now. He has also adapted and slightly tailored Trump's own slogan: #MakeTheNetherlandsGreatAgain.

Wilders began posting short, aggressive political missives on Twitter at the end of 2009. They've been well-received by his followers. But his real digital breakthrough happened during Christmas of 2010, when, in Arabic, he wished people "Happy Holidays and less Islam in 2011." He has more followers today than Dutch Prime Minister Mark Rutte.

In one noteworthy tweet, Wilders wrote: "Greece/EU/asylum-seekers/Islam/pensions/nursing care: NL wants something else. It's time for a - political - revolution!!" Researcher de Jong notes that Wilders very deliberately "strings catchphrases together and intermixes them. For the people reading them, there's almost always something in each of these tweets that riles them up. They also encourage those people to wish for their own 'something else.'"

Targeting Islam, Mosques and the Koran

Wilders, who is from Venlo, a town skirting the German border, even introduced his policy platforms for the campaign on Twitter and Facebook, surprising even the PVV party group in parliament, which barely played any role in their drafting. The platforms fit on a single piece of paper. Right at the very top: "De-Islamize the Netherlands-" Further down he called for the closure of all mosques and to ban the Koran. The platforms quickly outraged the other parties.

Wilders' policies would violate human rights and there is little chance he could ever prevail in implementing them. But this doesn't bother him. "The most important thing to him is provoking the reaction of the establishment and presenting himself as the foe of the politically correct," says Maurice de Hond, Holland's most prominent pollster. "His supporters love it. The exact details of what Wilders is saying isn't so important to them."

And it keeps working, again and again. People shouldn't "react to every piece of red meat that gets thrown into the ring," Prime Minister Rutte once admonished. But a week ago Sunday, Rutte reactived his own Twitter account in order to counter the far-right statements coming from Wilders.

The act of responding to Wilders is no easy task. Just take one recent example. Wilders announced that he wanted to run ads on the trams in the city of Rotterdam. He even tweeted an image of what the ad would look like: It featured a train with oversized images of his face and the slogan "Stop Islam." The public transport authority rejected his request, but Wilders probably didn't care. By the time the ad got rejected, the image he posted of the tram had already been shared thousands of times on the social network. And Wilders didn't have to pay a cent for it. 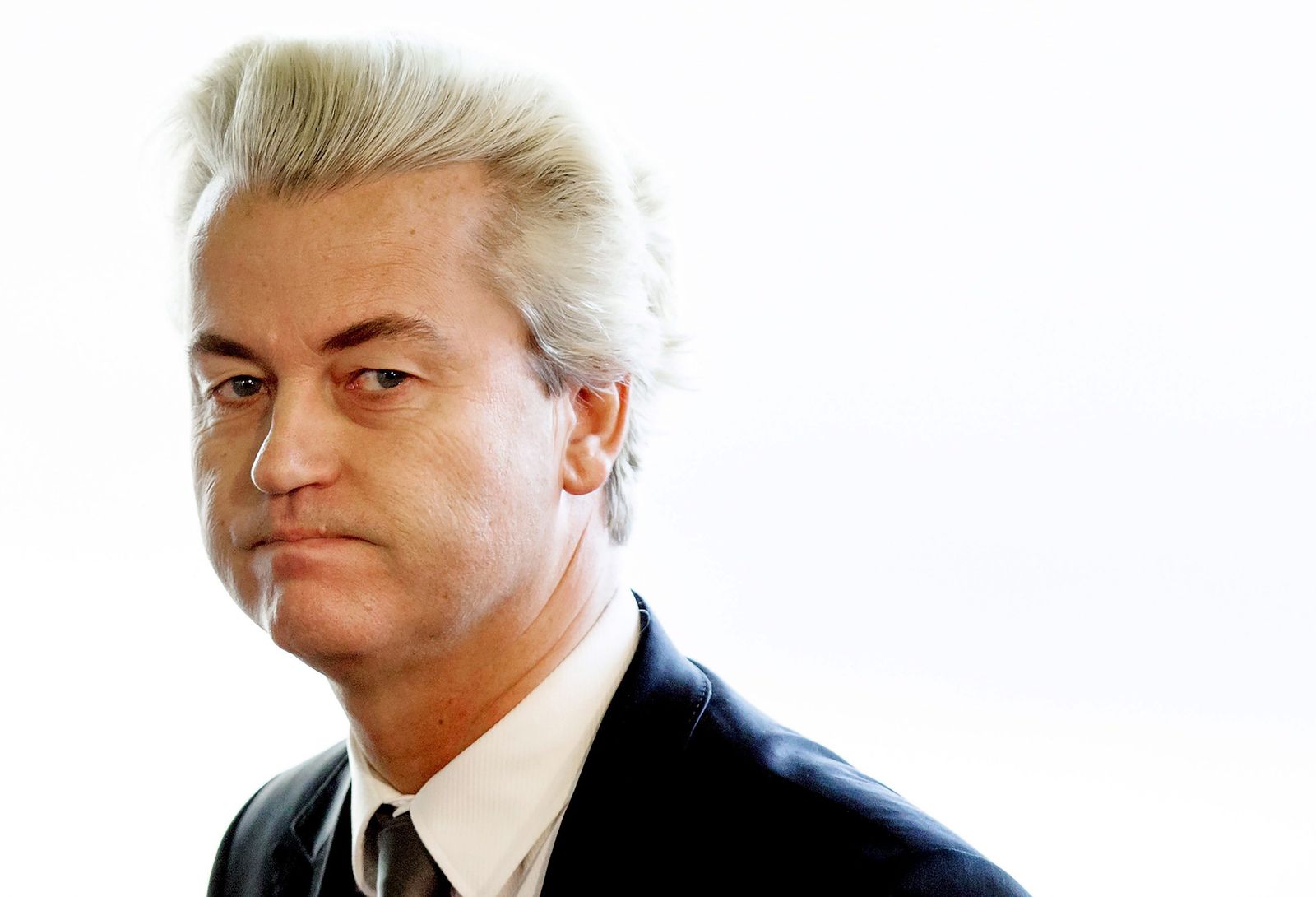 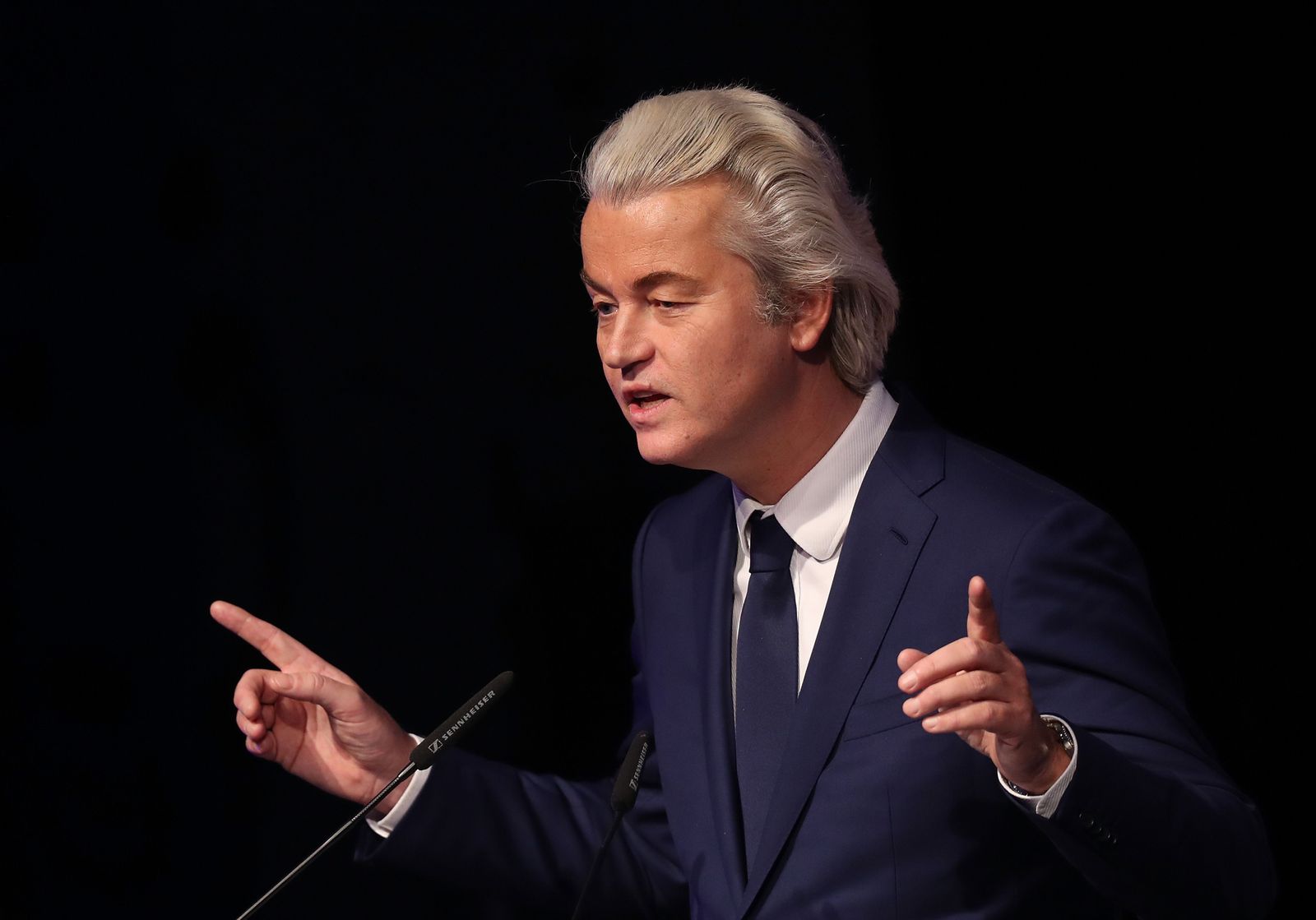 Geert Wilders - Partij voor de Vrijheid: Wilders' PVV has only one member: himself. This also means there are no democratic checks and balances within the party and Wilders makes most of the decisions for the movement on his own. Still, this doesn't bother his followers. Since Wilders left VVD 10 years ago and established PVV, the right-wing populist has become a major force in the Dutch party landscape. Wilders tries to provoke people at every opportunity -- usually with tirades against Muslims or "Moroccans." 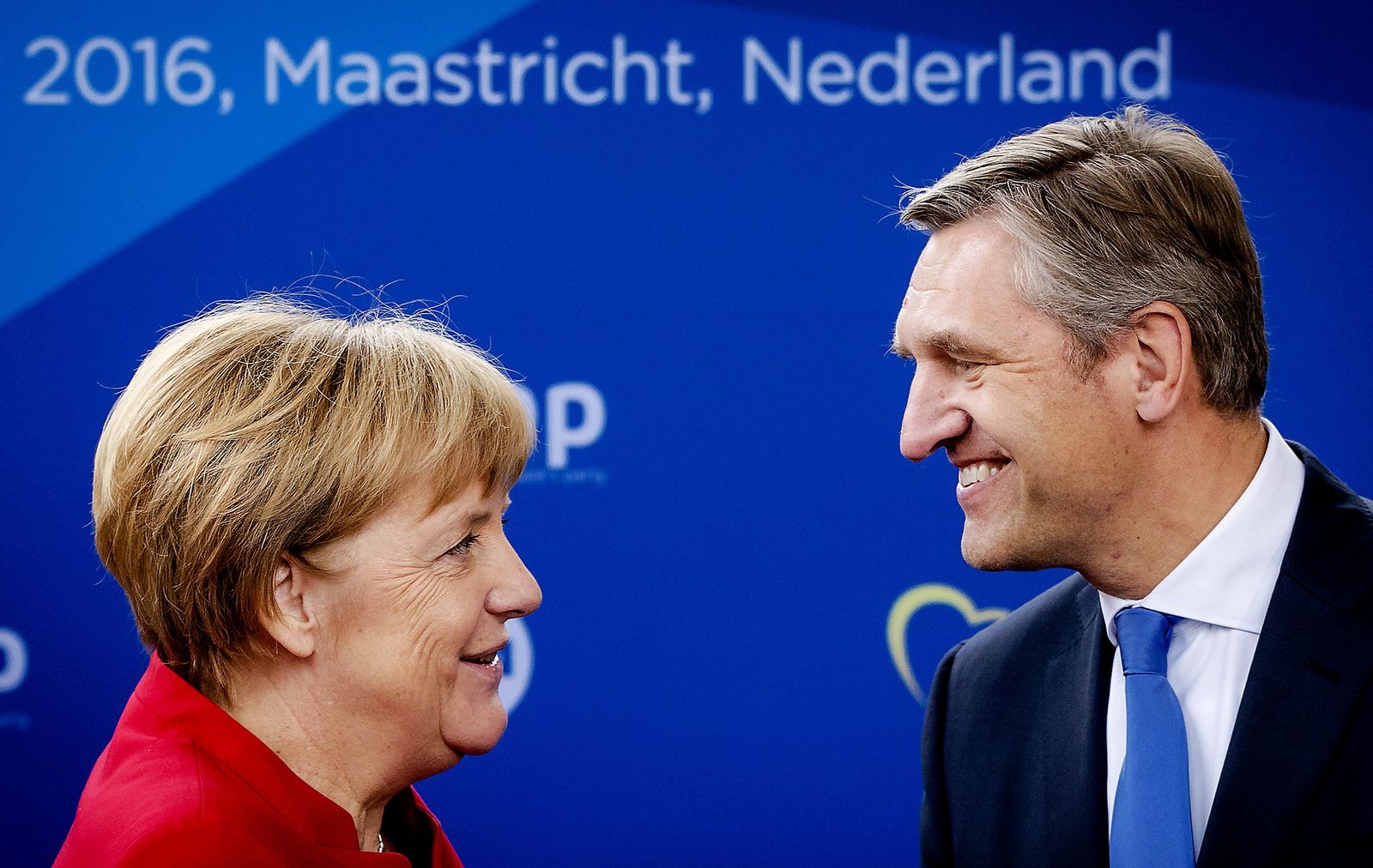 Sybrand van Haersma Buma - Christen Democratisch Appèl: The CDA, the Dutch sister-party of the Germans' Christian Democrats, provided the country's prime minister for 25 of the past 40 years. That's over: In 2012, the formerly popular party only received 8.5 percent of the vote and came in fifth. It's unlikely that their lead candidate, Buma, will become the next prime minister, but the party could become part of a coalition government. 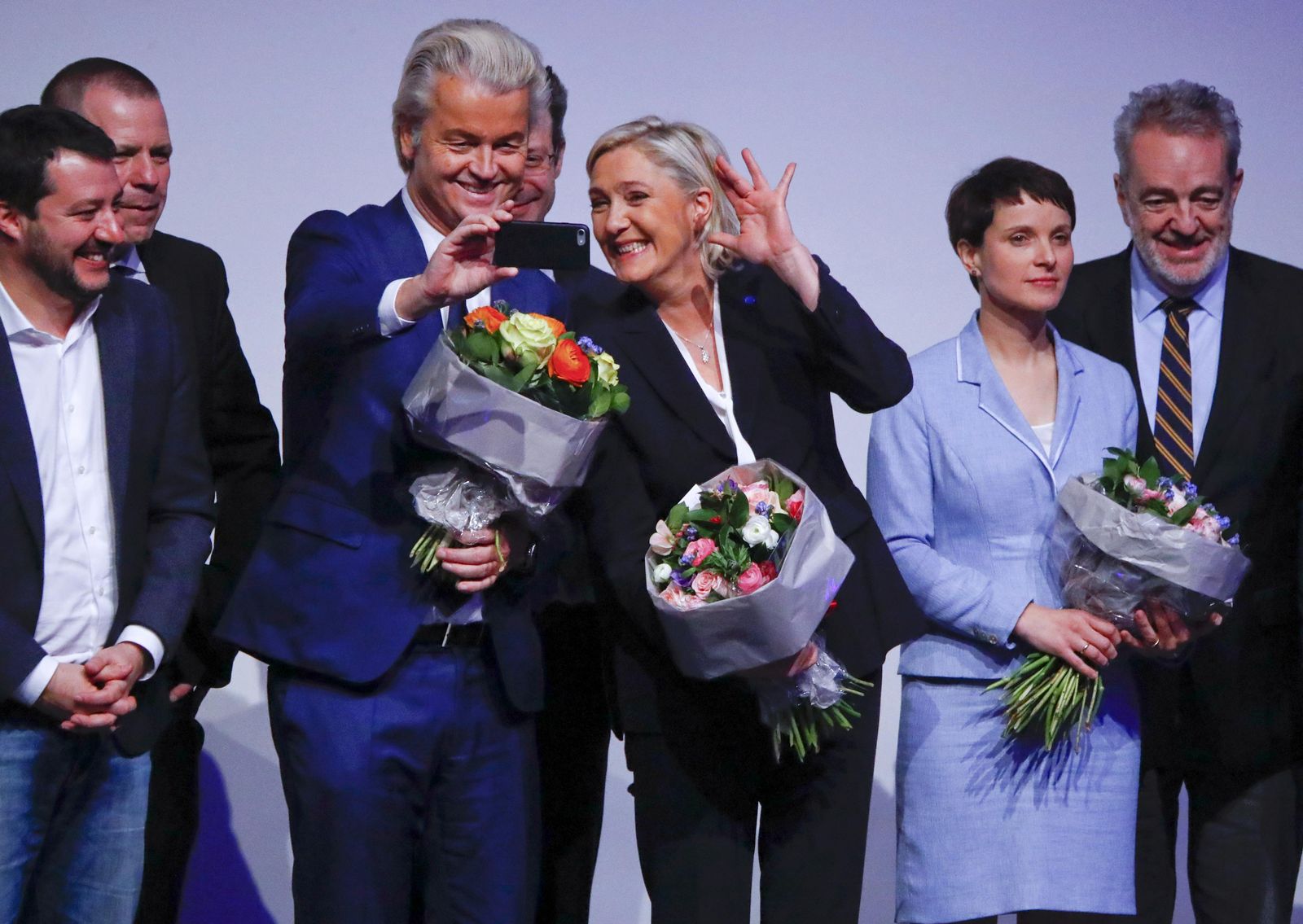