Geoffrey Van Orden is an archetype of the British Conservative. His decades in the military earned him the rank of brigadier and he has a photo of himself and the former British Prime Minister Margaret Thatcher hanging in his office. His voice is sonorous, his suit immaculate and his shock of gray hair neatly parted. As Great Britain leaves the European Union on Jan. 31, Van Orden reflects on his more than 20 years as a member of the European Parliament and why he voted for his country to remain in the bloc.

DER SPIEGEL: Mr. Van Orden, you were the last Tory MP to make up their mind about how to vote in the Brexit referendum and in the end, you voted Remain. Do you still consider yourself a Remainer?

Van Orden: No. I am perfectly content with the decision of the British people, which must and will be respected. Besides, I had been a euroskeptic from the start, ever since I was first elected to the European Parliament 20 years ago. I wanted to change the United Kingdom’s relationship with Europe and the direction the EU was taking. A single-minded push for ever closer political integration. I met Prime Minister David Cameron three times before the referendum and implored him to get us a better deal from Brussels. Sadly, that did not happen.

DER SPIEGEL: In February 2016, Britain secured several wide-ranging concessions from the EU. Mr. Cameron claimed he had achieved the best of both worlds.

"We felt let down by Angela Merkel."

Van Orden: There was no true appetite for change in the EU. One reason was that most people did not believe we would ever leave -- not even UKIP leader Nigel Farage. Even after the referendum, many people expected a second one and hoped Brexit would be cancelled. This was especially true of the European Parliament. People there only heard what they wanted to hear. It was an echo chamber of self-delusion. Also, we felt let down by Angela Merkel. In 2014, the chancellor came to London and addressed the houses of parliament. She promised the EU would do anything to keep Britain inside. But in the end, she did nothing.

DER SPIEGEL: Then why did you still vote Remain?

Van Orden: Mainly because of three things. First, I wanted to avoid economic uncertainty. Second, I was afraid of a loss of British influence and didn’t want to abandon the continent to Paris and Berlin. Third, I felt many of our citizens’ concerns were in the hands of our own government rather than Brussels. But each of these points can be addressed.

DER SPIEGEL: It sounds like you expect bad things to happen now that the British are leaving.

Van Orden: Well, I’m very confident about Britain’s future but I am not sure some remaining member states are going to feel comfortable in a closely integrated European state. And some ideas are not wise at all.

DER SPIEGEL: Such as?

Van Orden: For example, there is now a push in the EU to introduce majority decisions in the areas of foreign policy and defense, even taxation, which would strip individual countries of their power of veto. What would then be left of nation states’ sovereignty? The national parliaments would be no more than local council assemblies.

DER SPIEGEL: And yet, recent polls have revealed wide support for bundling member states' competencies in areas like foreign and security policy in order to increase the EU's clout abroad.

"There is a lot of talk the EU should achieve strategic autonomy ... it is dangerous nonsense."

Van Orden: Take another example: There is a lot of talk the EU should achieve strategic autonomy, for example. This is a French idea and it is dangerous nonsense. It has the potential to divide NATO, divide Europeans and endanger the transatlantic alliance. Who in his right mind would say that the EU can play a strategic role defending Europe without the military heft of the United States?

DER SPIEGEL: If this is a French idea, what role do you expect the Germans to play once Britain is no longer in the EU?

Van Orden: France and Germany have different visions of the future of Europe. I fully understand why the Germans are so attached to the idea of a united Europe. After all, I taught at the Führungsakademie der Bundeswehr (Eds. note: the senior military academy of the German armed forces) in Blankenese, spent years in Berlin and was chief of staff of the British Sector in 1989. My eldest daughter is married to a German. They live in Berlin, together with their three children.

DER SPIEGEL: What has all this experience with Germany taught you about the Germans and their visions for Europe?

"People in Germany want to be good Germans."

Van Orden: People in Germany want to be good Germans. They are still carrying the burden of the past. But sometimes there is a lack of understanding of other nations and their patriotic pride, which should not be confused with aggressive nationalism.

DER SPIEGEL: How do you expect Britain to fare after it has left the EU?

Van Orden: With great success, if we get over the habit of self-deprecation. For sure, many things the British blamed the EU for were problems of our own making. For example, nothing should have stopped us increasing trade with third countries. I was shocked to find Belgium sold more to India than we did. But this can and will improve, because countries in South Asia and elsewhere are natural trading partners of ours.

DER SPIEGEL: Do you think people in former British colonies see it the same way?

Van Orden: In my experience, foreigners think more of us than we think of ourselves, despite the history of colonialism. We should be proud of our past. And we are welcome in these countries. I lived in India for a year and travel there regularly. The Indians are well disposed to us and we to them. In Europe, the United Kingdom is their natural first port of call.

DER SPIEGEL: The Indian government has already made it clear that trade talks with the UK would not take precedence over talks with the EU. Japan seeks to extract better terms from the UK than from the EU. The U.S. could soon flood the British market with chlorinated chicken and Washington could even seek to forbid the UK from entering trade deals with non-market economies such as China. How can things possibly be better for the UK outside of the EU?

Van Orden: The EU and India have been talking about a trade deal since 2007. Thirteen years and little has happened. We have a very determined, confident and energetic government in Britain. There is a fresh, positive spirit. Inevitably, it won’t all be plain sailing, but we shall make Brexit work.  It is in the interests of Britain and the EU, not least Germany, to move rapidly to a frictionless trade deal. But the other side of Brexit is a global Britain -- we need to rediscover ourselves and massively enhance our role beyond Europe.

DER SPIEGEL: Is there anything you are going to miss about the EU?

Van Orden: Of course, after 20 years I have many mixed feelings leaving the European Parliament. I have made many friends from different nations and political complexions. I have achieved very good international access at a senior level. I shall miss this kind of opportunity and engagement.

DER SPIEGEL: What are you going to do on Feb. 1?

Van Orden: I think I will get some stuff sorted out at home, maybe write a bit. But I need to stay engaged, particularly internationally. I have a lot of experience. My phone is there! 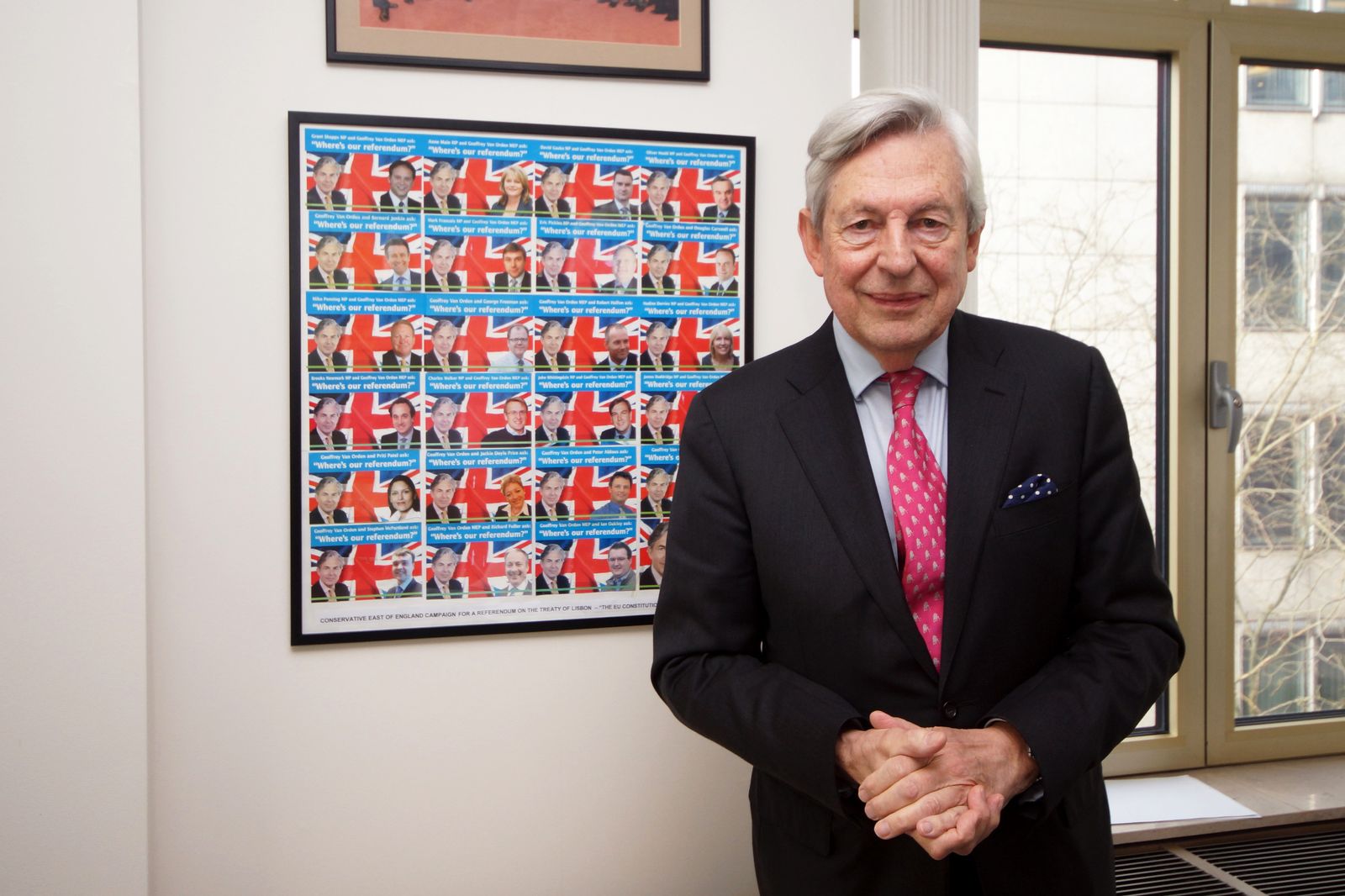 Geoffrey Van Orden: "I had been a euroskeptic from the start:" 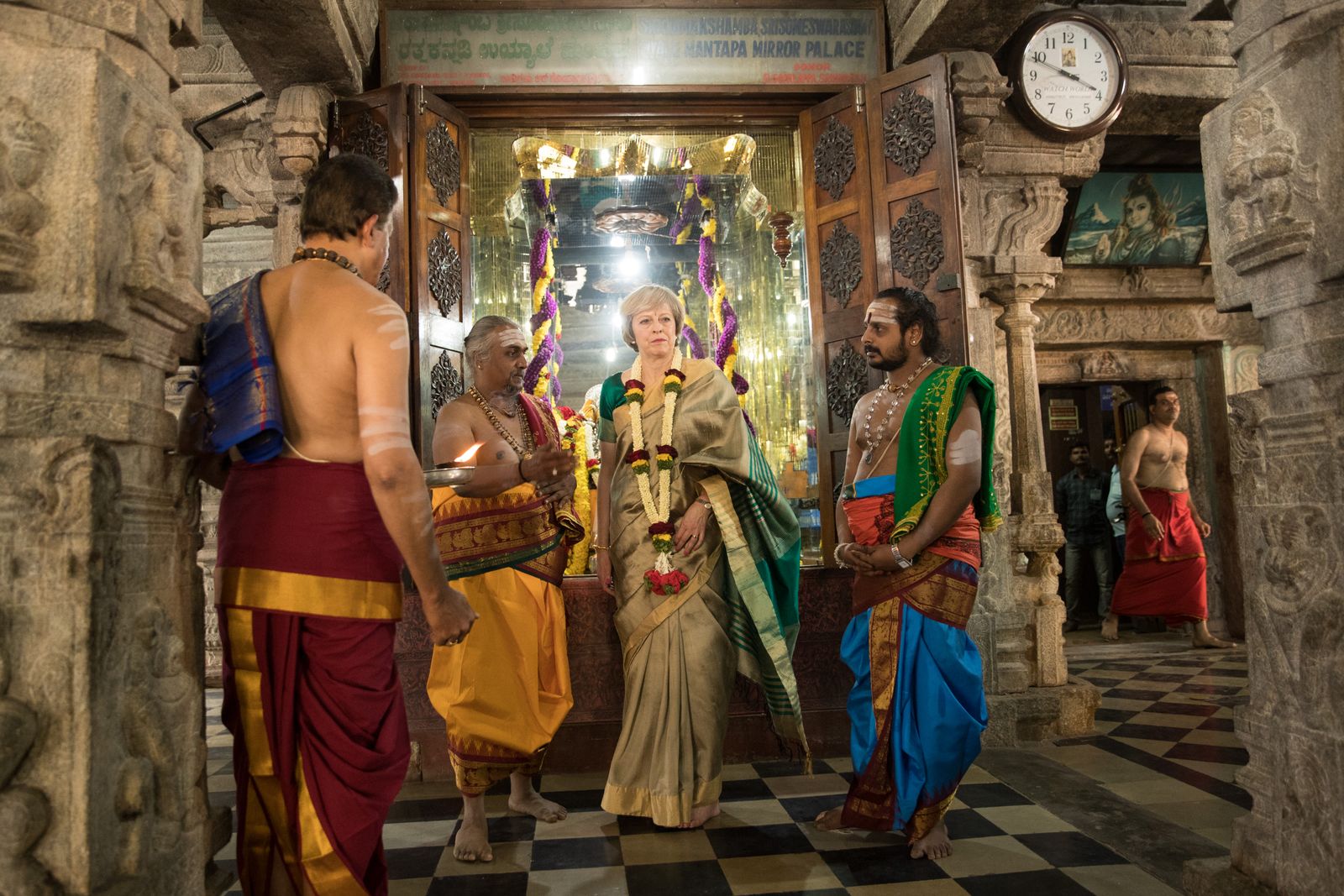