The markets, it would seem, are becoming impatient. Even as Berlin seems content to move only slowly toward the establishment of a second bailout package for debt-stricken Greece, investors are getting nervous.

As are rating agencies. Fitch on Wednesday downgraded Greek debt to one step above default status. The agency cited the lack of certainty on a second aid package for Greece as a factor in its decision. In addition, the International Monetary Fund (IMF) on Wednesday worsened its outlook on the Greek economy, forecasting that it would shrink by 3.8 percent this year instead of the 3 percent it had earlier predicted.

Still, sluggish progress is being made toward a second aid package for Greece. And according to a report in the business daily Handelsblatt on Thursday, Germany may be backing away from its demand that private investors make a "substantial contribution" to the bailout.

"(German Finance Minister Wolfgang) Schäuble is under massive pressure," an unnamed European Union diplomat told the paper. "He is being forced to bow to reality."

The Finance Ministry had been hoping that banks, insurance companies and investment funds would come up with €30 billion for the next bailout, which could be worth as much as €110 billion. But with many euro-zone countries opposed, the European Central Bank (ECB) skeptical and rating agencies concerned, the word inside the Finance Ministry in Berlin, according to the Handelsblatt, is that such private involvement has reached a dead end.

"Given the way things stand today, the proposition is extremely unlikely," one unnamed source inside the Finance Ministry told the paper. At the most, private investors might pony up €3 billion.

The fundamental problem with significant private-sector contributions is that rating agencies have indicated they would see such a move as a partial Greek default. The ECB has indicated that, were that to happen, it would cease providing liquidity to Greek banks, a move which would likely lead to the collapse of the entire Greek banking sector.

Still, the results of Germany's apparent about-face are likewise far-reaching. There is now a need for euro-zone countries to come up with the €30 billion themselves. Should they be unable to do so, the IMF has said it would not participate in a second bailout package for Greece.

Athens, meanwhile, is anxious for a rapid decision. In an interview with the Financial Times Deutschland published on Thursday, Greek Prime Minister Giorgios Papandreou said that "if we don't have a decision soon on a second program for Greece ... the program could collapse of its own accord." He added that "the current mood is not helping us pull ourselves out of the crisis."

Spanish Finance Minister Elena Salgado also urged a quick decision on the Greek aid package. Speaking to the Süddeutsche Zeitung, she said "we are no longer talking about the crisis of a certain country, but about a systemic crisis." 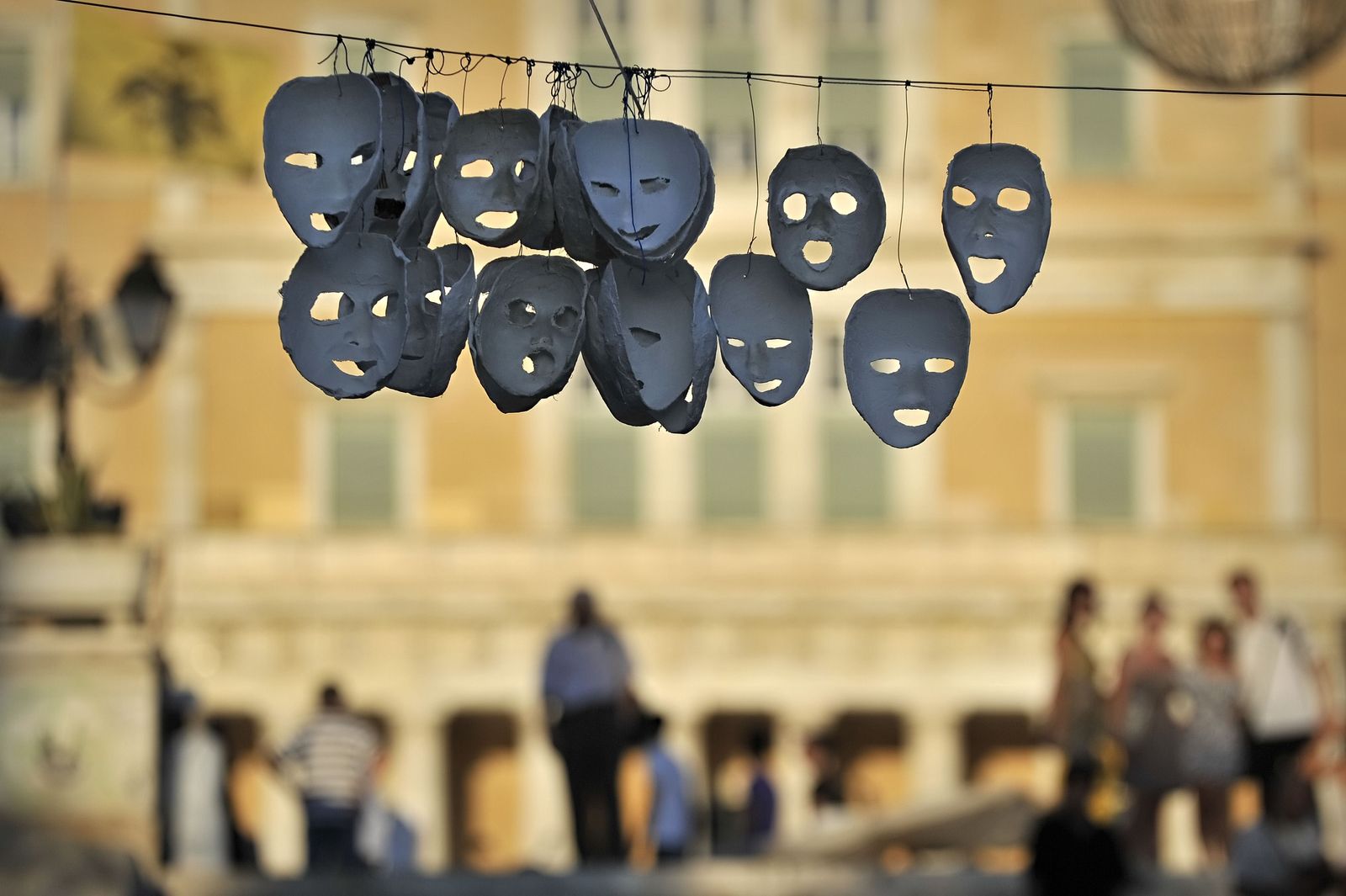 Masks hung by protesters outside the Greek parliament this week. Prime Minister Giorgios Papandreou is urging the European Union to act quickly.