For weeks, French President Nicolas Sarkozy fell hopelessly behind in polls against his Socialist Party opponent François Hollande, but in recent days he has narrowed the gap. Current polls show that Sarkozy might even manage to narrowly beat Hollande in the first round of voting on April 22. But in the run-off ballot on May 6, Hollande is still expected to win.

That means that France's future president could well be Hollande, a possibility for which the country's neighbors must begin making preparations. And that includes in Berlin, where the Chancellery has begun forging tentative ties with Hollande's camp.

German Chancellor Angela Merkel still hopes Sarkozy will ultimately win, having found in him a dependable ally, despite their personality differences. Particularly during the euro crisis, she and Sarkozy have stood side by side, most recently in advocating Merkel's pet project, the European fiscal pact, which obliges the 25 EU member states who have signed up to pursue greater budget discipline.

Meanwhile, Sarkozy's challenger Hollande has already announced that as president he would immediately try to renegotiate parts of the fiscal pact. From Merkel's perspective, that would be fatal, as it could destabilize the complete financial architecture of the new European Union.

But her hands are tied. The Chancellery seems to have resigned itself to accepting Hollande as the French leader, if necessary. The important Berlin-Paris alliance must continue to function.

And hence the first tentative ties are being forged between Hollande's and Merkel's camps. They are, of course, off the record and are only currently conducted through working-level channels. After all, anything else would seem a tad strange, after the chancellor took a clear stance in support of Sarkozy in the French election campaign. Merkel still has no plans to meet personally with Hollande, even though the Socialist candidate officially requested a meeting. SPIEGEL recently reported that Merkel and other conservative EU leaders had even jointly discussed boycotting Hollande during the campaign.

At the same time, officials in Berlin know very well that, despite all the differences, a rift with the Socialist candidate is not a good basis for a future working relationship. Besides, staff are already in place in the Chancellery who have close ties to France. Take, for example, Nikolaus Meyer-Landrut, who is responsible for European affairs in Merkel's office and who is one of the most important members of the chancellor's staff. Meyer-Landrut, who is married to a Frenchwoman, wrote his PhD on "France and German unity" and served as spokesman for former French President Valéry Giscard d'Estaing during his time as head of the EU's constitutional convention.

Members of Hollande's camp confirmed the contacts with Merkel's Chancellery. "There are no official connections," said Jean-Marc Ayrault, the leader of the Socialists in the French National Assembly and a close confidant of the presidential candidate. "There are only messages that are exchanged between advisers." But he considers the rapprochement to be an intelligent move. "If Hollande is elected by the people of France, then he will have a mandate. They know that in the Chancellery too, and it's certainly smarter to prepare for a change than to rule out such a possibility."

Ayrault takes a relaxed view of the fact that his boss will not be officially received in Germany, unlike in Poland or Italy, where Hollande was welcomed by President Bronislaw Komorowski and President Giorgio Napolitano respectively. "I think people in Berlin are more cautious than elsewhere," Ayrault said. "There are people close to Merkel who pursue a hard line. Others are much more pragmatic."

But Ayrault also made it clear that Berlin cannot expect an entirely easy ride, should Hollande become president. "We have a list of expectations and demands that we will put on the table," he said. 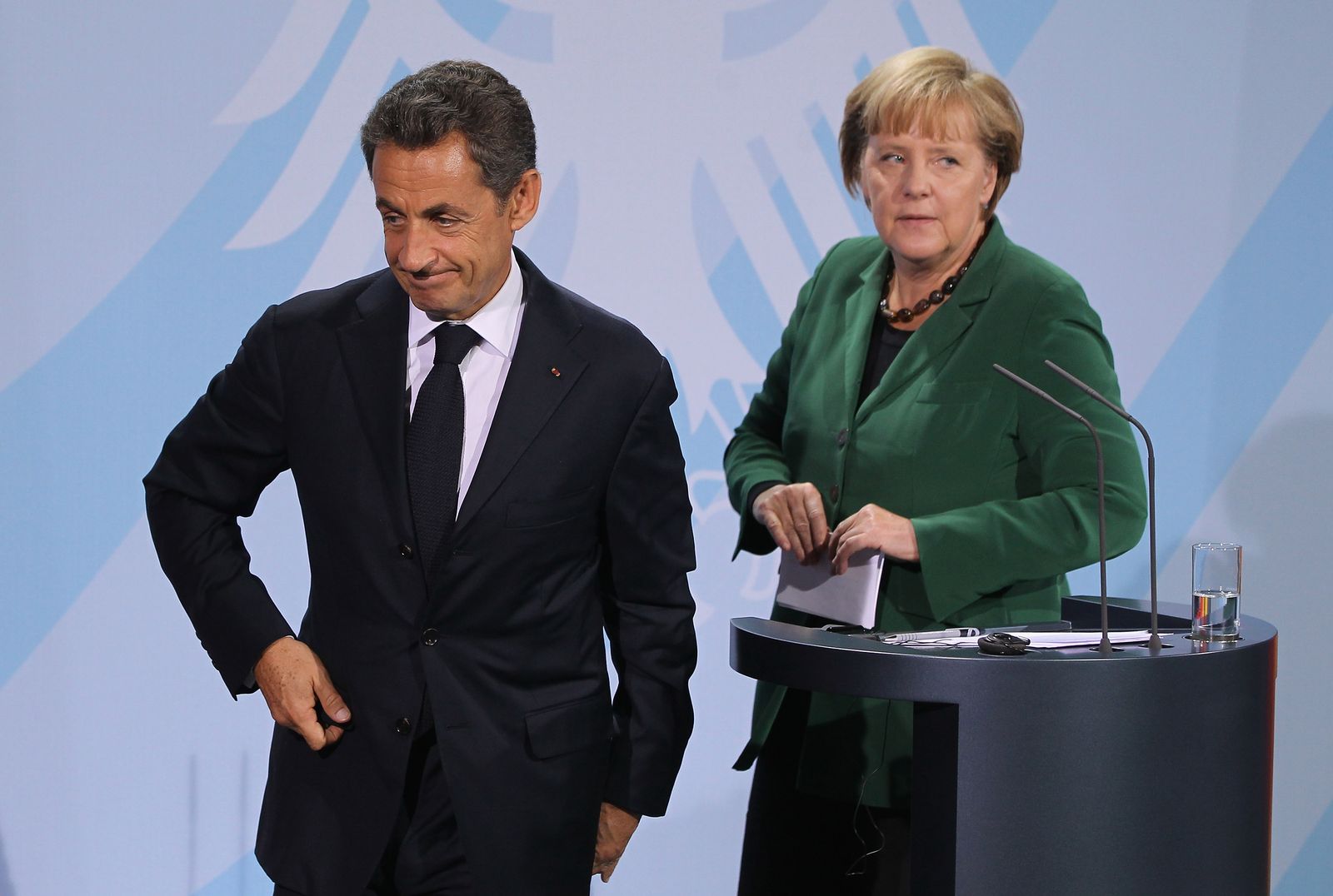 Will Merkozy have to break up, thanks to Hollande?