After the new French prime minister announced bleak figures for the country's economy, tough months ahead are expected in France. The news could mean that Paris, too, is forced to embrace austerity, despite French President François Hollande's vocal opposition to belt-tightening of the kind that Berlin favors.

"The situation is serious," French Prime Minister Jean-Marc Ayrault told the French parliament on Tuesday, reacting to figures from the state auditor which showed that previous growth forecasts had been over-optimistic. The French economy is now only expected to grow by only 0.3 percent this year, rather than 0.7 percent, as the previous government of former President Nicolas Sarkozy had predicted. Growth would be higher in 2013, at 1.2 percent, Ayrault said, but that is still below the 1.75 percent forecast.

The Court of Auditors also revealed that the government will need to find savings of €33 billion ($42 billion) next year in order to reach the European Union's deficit goal of 3 percent of gross domestic product. Cuts of between €6 billion and €10 billion will already be needed in 2012 if France is to achieve a deficit of 4.4 percent of GDP for this year, a milestone which it has already promised as part of a budget plan sent to Brussels.

The French prime minister said that the new government would tackle the problem by focusing on stimulating growth rather than the tough austerity which has marked German Chancellor Angela Merkel's approach to the euro crisis and which has been strongly criticized by Hollande. Ayrault said that the government still planned to create 150,000 state-funded jobs and hire many more teachers and police, as Hollande had promised during his election campaign. The prime minister also confirmed that the government was to go ahead with raising taxes on the wealthy. Under the plan, an income tax rate of 75 percent will be imposed for income of more than €1 million.

Ayrault denied that the government would drop its opposition to economizing, and observers believe that tough cuts will be unavoidable next year -- a development likely to anger French voters after Hollande's anti-austerity pledges during his election campaign.

The announcement of the revised figures has fuelled fears that France might also become a candidate for an EU bailout if it does not get its finances in order. France's debt level could exceed 90 percent of GDP in 2012, a level which economists consider the tipping point, and the country already lost its Standard & Poor's triple-A credit rating earlier this year.

On Wednesday, German commentators take a look at the implications of the new figures.

"New French Prime Minister Ayrault faces enormous challenges. The budget deficit is higher than planned, the debt burden has reached the limits of sustainability and interest payments have become the largest item in the government's budget."

"The public sector in particular will have to make sacrifices. It will not be possible to sort out the national finances without public sector lay-offs and a multi-year salary freeze. This will be painful for Hollande, because civil servants are among the Socialists' core supporters."

"Since 1974, no French government has presented a balanced budget. Of course, France is not alone in Europe in that respect. All across the continent, the key issue is to develop a new kind of European politics that can be financed sustainably."

"In his first policy speech, Prime Minister Jean-Marc Ayrault announced the kind of thing one might expect from a pragmatic French Socialist. He wants to stop racking up new debt, reduce government spending, introduce a fairer tax system and invest in young people and education. That sounds reasonable, even if the accent should be placed more on austerity than on increasing taxes."

"But Ayrault also declared a revolution, almost in passing: France will no longer be ruled by presidential decree from the Élysée Palace. In the future, employers associations and trade unions, municipalities, associations and NGOs would be involved in major decisions in the areas of the economy, labor market, education and environment, promised Ayrault. He is an expert on Germany ... and this indeed sounds a lot like the German model. ... If it happens, it will mark the end of the hyperpresidential command economy that Sarkozy preferred. French politics would become more democratic and transparent. But the forces of inertia in Paris are strong. Hollande still has to prove that he can resist the tempations of the Élysée's aura of omnipotence."

"Hollande is a sun king without riches. In this situation, the French president could of course continue to follow the strategy with which he had been successful so far, namely, to demand nothing from his own electorate while at the same time calling on his economically powerful German neighbors to show more 'solidarity' with the other impoverished southern Europeans. It's questionable how long the European Union can last when one of its key partners believes he can compensate for a lack of willingness to reform through clever tactical games. If Hollande wants to prevent his country -- and Europe -- from collapsing, he will have to make clear very soon how he intends to carry out structural reforms in his country."

"Hollande has no option but to make huge cuts in the bloated public sector. That means reducing the number of officials as well as the quantity of benefits. There is too much of both. France has the second highest public expenditure in the EU. ... Hollande requested a hard-hitting report, and he got it. Now it's up to him and his government to take the necessary action. He should no longer lull the French into a false sense of security, but confront them with economic reality." 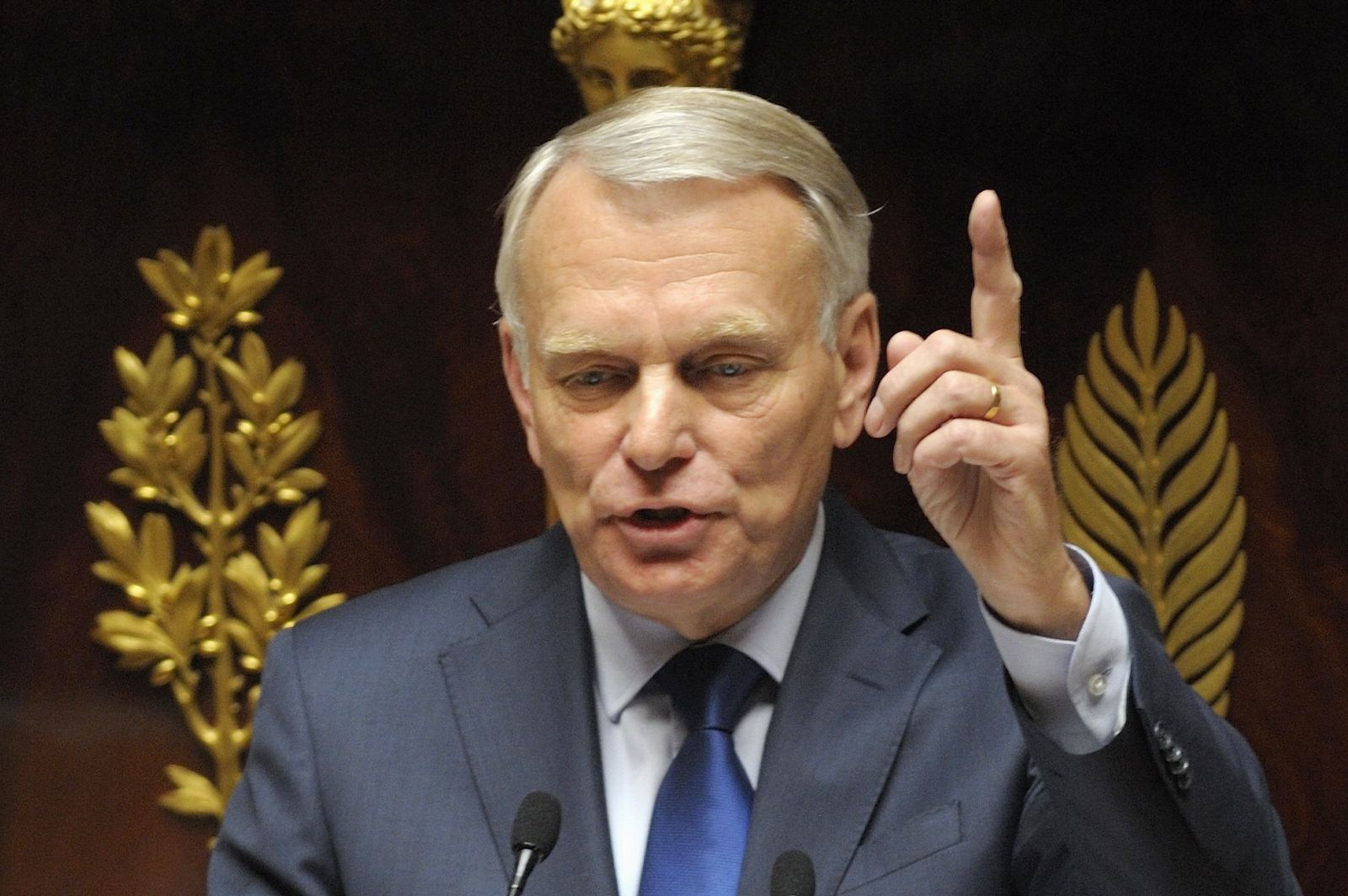