Hedge fund managers, at least, are pleased. The deal struck late on Monday night between euro-zone finance ministers and the International Monetary Fund to reduce Greece's overall debt load includes a measure stipulating an Athens buyback of its own debt. Investors that bought Greek bonds for as low as 17 cents on the euro can now expect to sell them back to Athens for around 35 cents on the euro -- a tidy little profit.

Elsewhere, however, investors would appear to be unimpressed by the deal. Markets across the world were down on Wednesday and the euro lost value early against the dollar, with Greece cited -- along with US debt troubles -- as one of the reasons for the uncertainty. Investors, it would seem, see the Greece deal as yet another attempt by European leaders to muddle through the crisis rather than take steps toward a lasting solution.

"There remains the potential for this deal to fall apart in the medium term as there are a lot of moving parts and it is a long way away from the permanent fix that the IMF had been insisting upon," Gary Jenkins, managing director of Swordfish Research, which focuses on international bond markets, told the Associated Press. "It is just one more big kick of the can down the road."

The deal envisions reducing Greece debt load from the 190 percent of gross domestic product it is expected to peak at next year to 124 percent of GDP by 2020. In 2022, it is hoped that it will drop down to 110 percent. The International Monetary Fund had been demanding a partial Greek default that would have slashed the country's debt faster and, ultimately, further. But such a measure proved politically unpalatable in Germany and other euro-zone capitals.

Instead, euro-zone finance ministers and the IMF came up with a package of measures including interest rate reductions on aid loans, an extension of payback periods and a return of profits earned by national banks on Greek bond buys via the European Central Bank. In addition, Greece is to buy back some of its debt for well below face value, assuming that private investors are willing to sell.

The deal also, for the first time, will cost Germany real money. Next year alone, in fact, it will result in a revenue shortfall of some €730 million ($944 million).

German commentators on Wednesday are unconvinced that the measures will really put Greece back on the path to solvency. Indeed, say most, it is a blatant move to simply buy more time.

"It is difficult to take seriously this newly found compromise between euro-zone member states and the International Monetary Fund…. Hardly anyone doubts any longer that in the long term Greece will require a debt cut and will remain cut off from capital markets and dependent on the international community for aid. It is a realization that European citizens should be made aware of. Such a result from the euro zone-IMF negotiations would have been a long overdue act of political integrity."

"A long-range framework for the reduction of Greek debt? Forget about it. Instead, particularly in Germany, the illusion is being maintained that the whole thing won't really cost taxpayers much."

"In the third year of the Greece crisis, one should be able to expect from Europe a clear, coherent and lasting strategy. But the plan that the Euro Group presented on Tuesday is neither clear nor coherent, never mind lasting."

"Europe can't do it; that is the inkling that is slowly spreading following the nth crisis summit in Brussels. Whereas Greece has to keep suffering, other countries that suffered immensely, like Iceland, have gotten back on their feet. Indeed, the debt crisis in Iceland was even worse, and the Reykjavik government had to solve it all by itself."

"Three years since the beginning of the crisis, Europe still hasn't learned any lessons, even though it has long been clear what has to be done. A debt cut is necessary, and not just for Greece. Austerity has to be suspended wherever such measures are hurting the economy. And Southern Europe needs an economic stimulus program worthy of the name."

"Little Greece is in the eye of the euro-crisis storm. All hopes that one could simply isolate and ignore the country have been in vain. If Europe wants to hold onto the euro, it must also hold onto Greece. And if it holds on to Greece, it must also be prepared for aggravation and costs. Because that is the price for putting the common currency back on a path of stability."

"Time offers the last hope, which is why it is almost negligent to accuse Germany and other creditor countries of procrastinating Greek insolvency. Those who argue for an immediate insolvency or debt cut must explain why it would be better for Germany to start anew."

"No, time has become the ersatz currency in this crisis. Buying time was the only way to put together the aid packages, the fiscal pact, the first Greek debt haircut and the packages to bail out Portugal and Ireland. Only time can give us hope that other crisis-stricken countries will be able to reform themselves and become competitive enough to help finance Greece many years into the future. Germany cannot do it on its own."

"Accusations that the German government is juggling with interest rates so as to avoid a debt cut prior to general elections are an insult to German voters. Most will have long since understood that Greece will end up costing German taxpayers a bundle."

"The fact that the German parliament has the last word has nobody in Southern Europe concerned. The Bundestag will approve the deal in the name of European solidarity. The fact that it includes measures that will for the first time carry real costs apparently doesn't bother anyone. It has long been clear that taxpayers would eventually be asked to foot the bill. The costs of turning the euro zone into a transfer union, however, are still being played down. The finance minister, in any case, is still acting as though Greece will one day be able to pay back its debts. But it is a red line that will have to be crossed in the not-too-distant future."

"The package agreed to by the euro group on Monday night … is exactly the mix that Schäuble's and Merkel's economic advisor Lars-Hendrik Röller has been supporting from the very beginning. And they are also measures that are intended to avoid a debt cut. But has the problem now been solved? Not even close. Schäuble and Merkel are taking a major risk. The compromise will carry Merkel's government just far enough to reach election day in the fall of 2013. But it remains unclear if it can carry Greece beyond that. Since the very beginning of the Greece crisis, the chancellor and her finance minister have been forced to regularly retreat from positions held, and they have had to pay a high price for doing so. Their political and moral credibility are at stake." 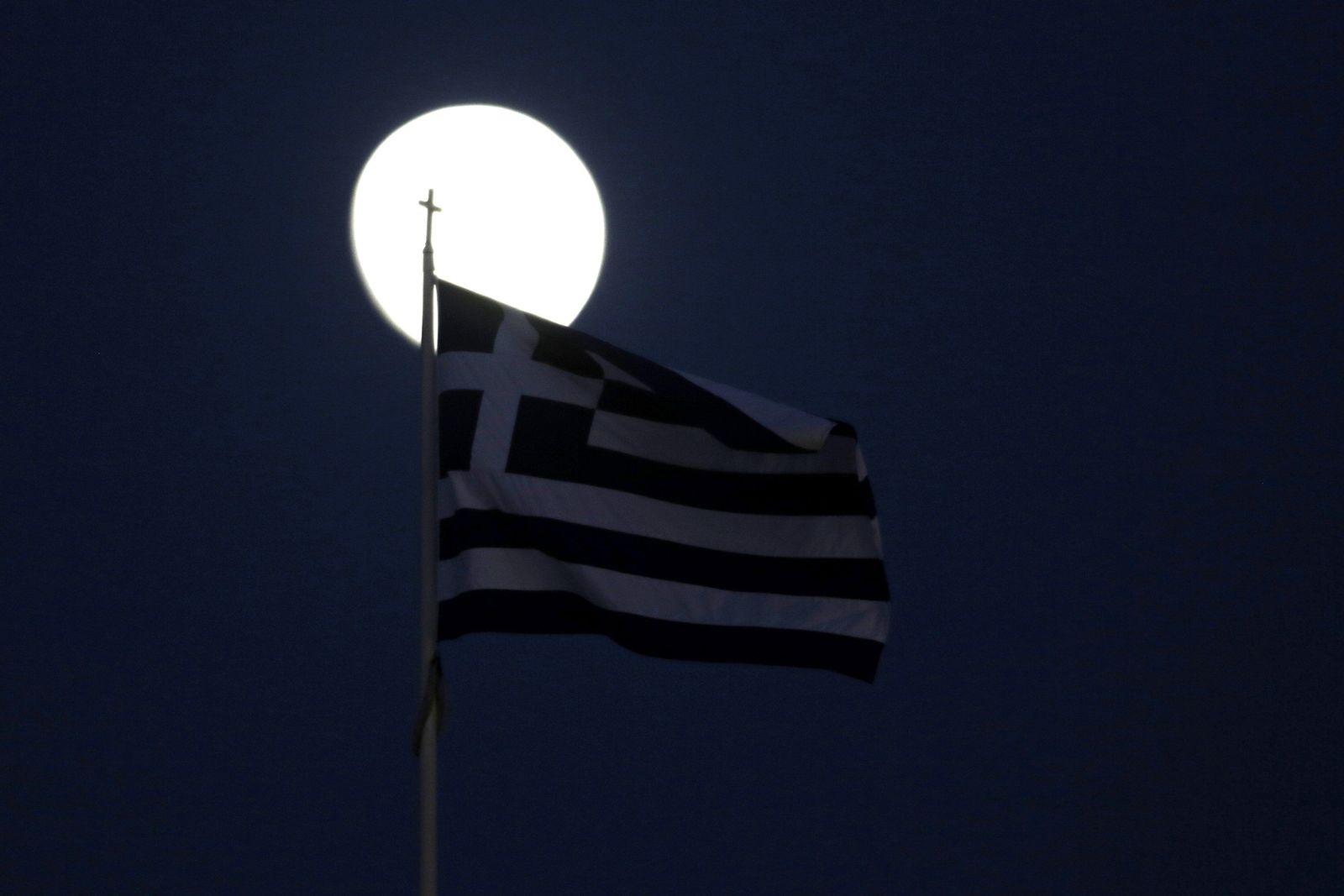 Europe bought more time. But was that the right move?