The court is hearing a case brought by plaintiffs who argue that by signing up to the €500 billion ($610 billion) European Stability Mechanism and the fiscal pact enforcing debt reductions, Germany will jettison too much sovereignty and undermine the power of its democratically elected parliament to determine what happens with taxpayers' money.

The plaintiffs asked the court to pass an injunction preventing the laws from coming into force pending ts final decision in the case.

The court held a hearing last Tuesday and had initially been expected to hand down its decision on the injunction by the end of July. But it decided to take its time because its ruling on the temporary injunction in this case will be tantamount to a final decision.

If the court rejects the injunction, thereby permitting the German president to sign into law the bills passed by parliament on June 29, they can no longer be revoked, even if the court were to decide months later that the laws are in fact in breach of the constitution.

That is because the ESM and the fiscal pact are part of international treaties. Once they are ratified, Germany will be bound by international law to adhere to the legislation.

After last week's hearing, legal experts interpreted the judges' comments as a sign that the court may take up to three months to issue a ruling. Some analysts said the longer-than-expected time period may be a signal that the judges want to find a way of approving the euro rescue legislation.

Nevertheless, the two-month wait is unlikely to be welcome in Berlin. Finance Minister Wolfgang Schäuble had urged the court last week not to wait too long because a delay in launching the ESM could lead to further turmoil in financial markets. The ESM was due to have gone into operation on July 1 but can't start until Germany has finally ratified it. 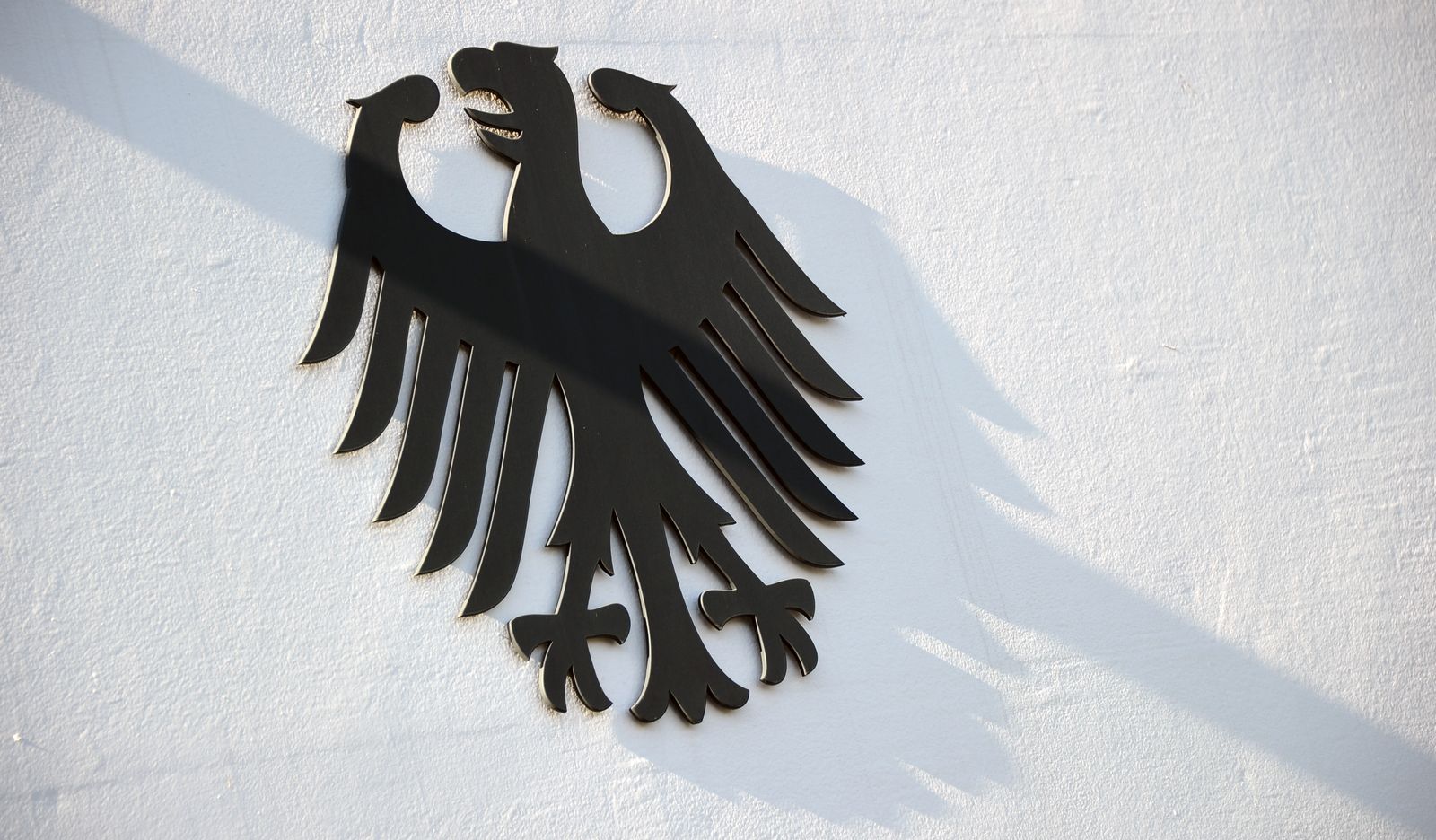 The eagle, the seal of the German government, hangs on the wall of the Federal Constitutional Court, which will now rule on Sept. 12 on the future of the euro bailout.