The plausibility of a bankruptcy scenario for Greece didn't disappear for very long at all. This time around, European leaders only managed to quiet things down in the debt crisis for four days before all hell broke loose again. Before the markets began to shudder, even banking executives whose companies are being asked to pay up as part of the bailout had been supportive of the euro rescue package.

Now, however, with the announcement Tuesday by the Greek prime minister that his country may hold a referendum on the bailout, everything has been thrown on its head again. Prime Minister Giorgios Papandreou defended the step, saying it would be "democratic and highly patriotic."

That didn't stop his announcement from unleashing tumult on the markets on Tuesday. European stock markets plunged sharply; Germany's DAX index of blue chip companies lost almost 6 percent of its value, dropping to 5,795 points. But banks were among the biggest losers -- shares at Germany's Deutsche Bank and Commerzbank temporarily fell by 10 percent. The reason is clear: Investors fear that the debt crisis will escalate further if Greek voters reject the austerity measures that are linked to the disbursement of the latest bailout package for the highly indebted euro-zone country.

But what could really happen if Greek voters reject the bailout? And why is Papandreou turning to this extremely risky measure? SPIEGEL ONLINE polled respected German economists for their opinions on Greece's call to pursue a national referendum on the bailout.

'Political Suicide out of Fear of Death'

What do you think of Papandreou's decision to ask the people about the bailout?

The step seems a bit like political suicide out of fear of death. Still, it is also clear that the Greek government is having major problems convincing the populace of the need for its austerity course. Elements of the country's budgetary policymaking have already been ceded to its European partners. In light of the diminishing acceptance in the donor countries, however, these conditions are inevitable; just as the disciplining of the debtor in economic terms is correct.

But the budget policy incapacitation continues. That is the price for the solution found last week that, ultimately, will shield the country from the capital markets. The goal is to buy the necessary time for a restructuring of the country's finances. In order to convince the Greek people that this strategy makes sense, they surely need to be given a greater say than has been the case in parliament and on the streets so far. In that sense one can understand Papandreou. But the risks are considerable -- politically for him and economically for all of us.

With a no, the very thing the euro-zone partners have been seeking to avoid might happen. The credit default swap insurance investors have taken out on Greek bonds would be activated and a major domino effect would be expected in the financial system. The euro zone could face ruin because the failure of all the attempts to find a solution thus far would create an existential threat to the common currency. The feeling of insecurity created for both investors and consumers -- and not just within the euro zone -- would be so deep that it would lead to a serious disruption of the economy. The loss of trust in Greece on international capital markets would dramatically intensify the economic adjustments taking place in the country, which would also take years longer as a result. Europe would need to find a new beginning and the European treaties would have to be rewritten. These risks outweigh any increase in political legitimation that the referendum might provide.

'Greece Would Be Bankrupt'

What do you think of Papandreou's decision to allow the people to vote?

Papandreou urgently needs domestic political legitimation for his policies. That is the only way that reforms in the necessary scope can be feasible. Thus a referendum makes sense -- particularly since it will require the opposition to finally show its position. Perhaps it could even be the beginning of a "National Unity Government".

What would happen if Greece voted "no"?

In a democracy, there aren't any decisions for which there is no alternative. The people have the right to reject financial aid and reform prescriptions from outside -- with all the consequences that might entail. Because if European politicians were to take their own rules even slightly seriously, a rejection would mean the end of aid payments.

Greece would be bankrupt and would have to cease making interest payments and repayment of its loans. The government would also be unable to fulfil its obligations domestically. Pensioners, welfare recipients and state employees would be the first to feel the pinch. In addition, the flight of capital from the country would worsen because Greek banks, which would then be left with large sums of worthless government bonds, would be on the verge of bankruptcy.

All this would not only drive the country deeper into economic chaos, but would also subject the democratic system to a serious test. Nevertheless, all wouldn't necessarily be lost. Greece could leave the euro zone, it could devalue its currency and become competitive again. With any other route, it would be unable to get back on its feet without European aid payments for the foreseeable future.

What would a Greek "no" mean for the euro zone?

All the rescue packages that have been put together in euro zone for Greece and the European banks would go to waste. The countries would have to explain to their citizens how, despite every declaration to the contrary, guarantees could have turned into losses. The realization that the massive European rescue operation has failed would also have an effect on German domestic politics.

Above all, though, it would have consequences for the European crisis strategy. Instead of tying together ever larger rescue packages, politicians would finally be forced to discuss concrete measures for an insolvency act for countries. And it would have to create procedural rules for exiting the euro -- both voluntarily or by force. Then, perhaps, they would even come to the realization that a common currency does not necessarily constitute a common destiny.

'The Papandreou Government Is Taking a Big Risk'

Jens Boysen-Hogrefe of the Kiel Institute for the World Economy

What do you think of Papandreou's decision to allow the people to vote?

The Papandreou government is taking a big risk, but it also stands to gain a lot. If in the course of the vote, the government is able to convey to the Greek people that things could get a lot worse if they vote no, then that could clearly strengthen the clout of the reforms and also ensure the urgently needed political stability.

A vote by the Greek people against the savings program could have considerable consequences. International donors would be forced to stop providing aid. Greece would no longer be able to service its debt. The bankruptcies of Greek banks would be inevitable. And because the current expenditures would be greater than current receivables, the payment of (government) salaries and pensions would be jeopardized.

What would a "no" mean for the euro zone?

There is no such thing as an automatic withdrawal from the euro. I do not think it is probable that Greece will voluntarily withdraw from the euro through a "no" vote, but it is still plausible. In any case, a Greek insolvency would certainly be what is called a credit event. Credit default swap insurance would have to be paid out. There would be losses in the financial system and it is unclear at this point who would have to carry them.

The hope remains that the recapitalization of banks can provide timely aid in this regard. The uncertainty regarding the other countries in the debt crisis would continue to increase, especially if Greece were to leave the euro. In the worst case scenario, the people of countries like Portugal, Ireland, Italy or even Spain would make a run on the banks. At that point, only the European Central Bank would have the means to ward off the crisis.

What do you think of Papandreou's decision to hold a referendum?

One should look at the Greek prime minister's move as a stroke of genius, or at least as appropriate. It was essentially overdue that the Greek people finally be asked what they want. The burdens being placed on their shoulders are too heavy to be legitimated solely by parliamentary decision. At issue is the question as to whether Greece should remain a member of the euro zone at all.

If the result of the referendum is negative, it would be more than doubtful that Greece retains the euro. At the very least, there would be new negotiations about aid measures -- but what government among Greece's benefactors would impose such a thing on itself or its voters? In the end, one would probably see a Greek insolvency with all of the dramatic consequences for both Greece and for the rest of the euro zone. 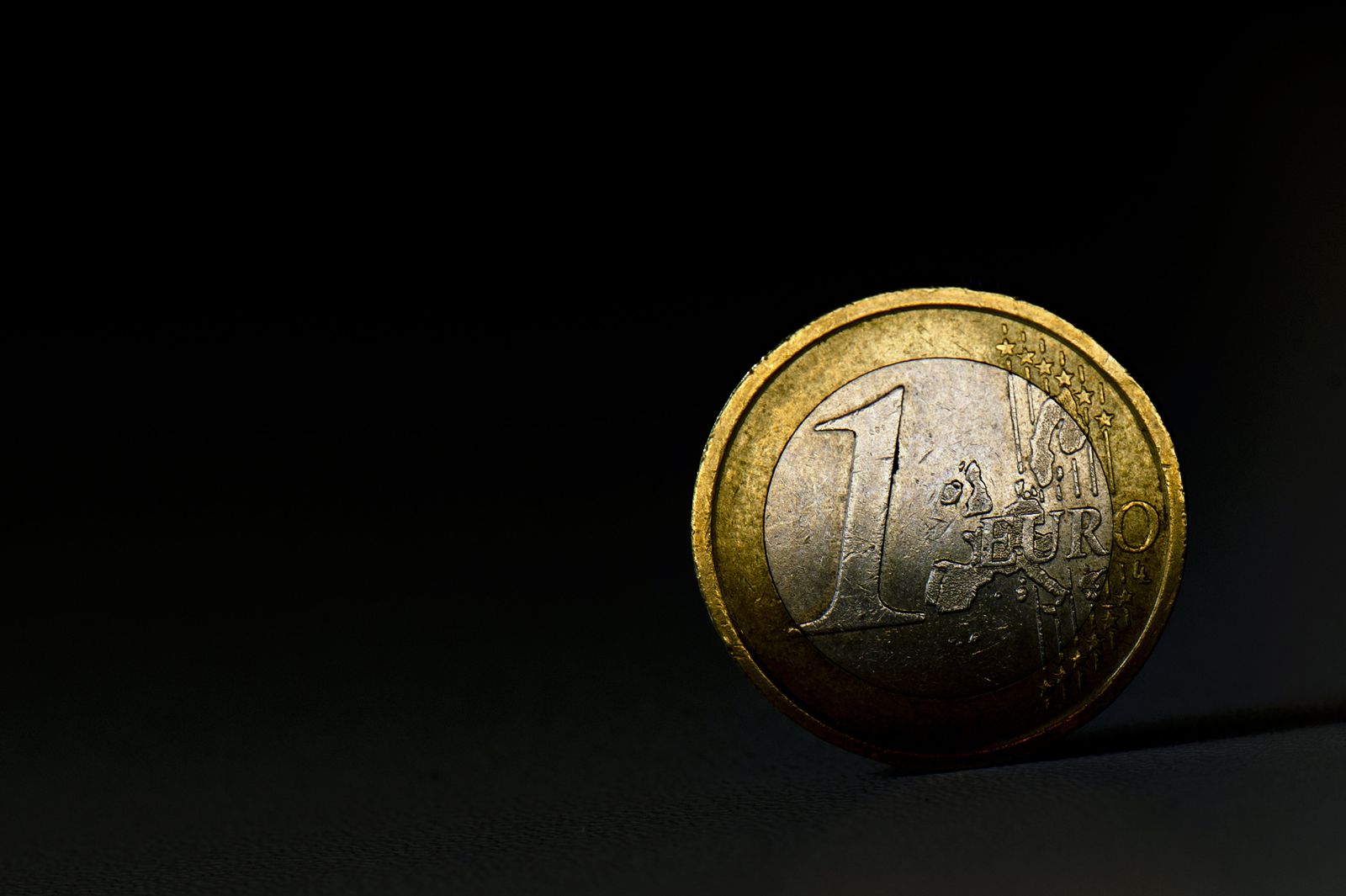 What consequences would a "no" vote in Greece have for the euro zone? 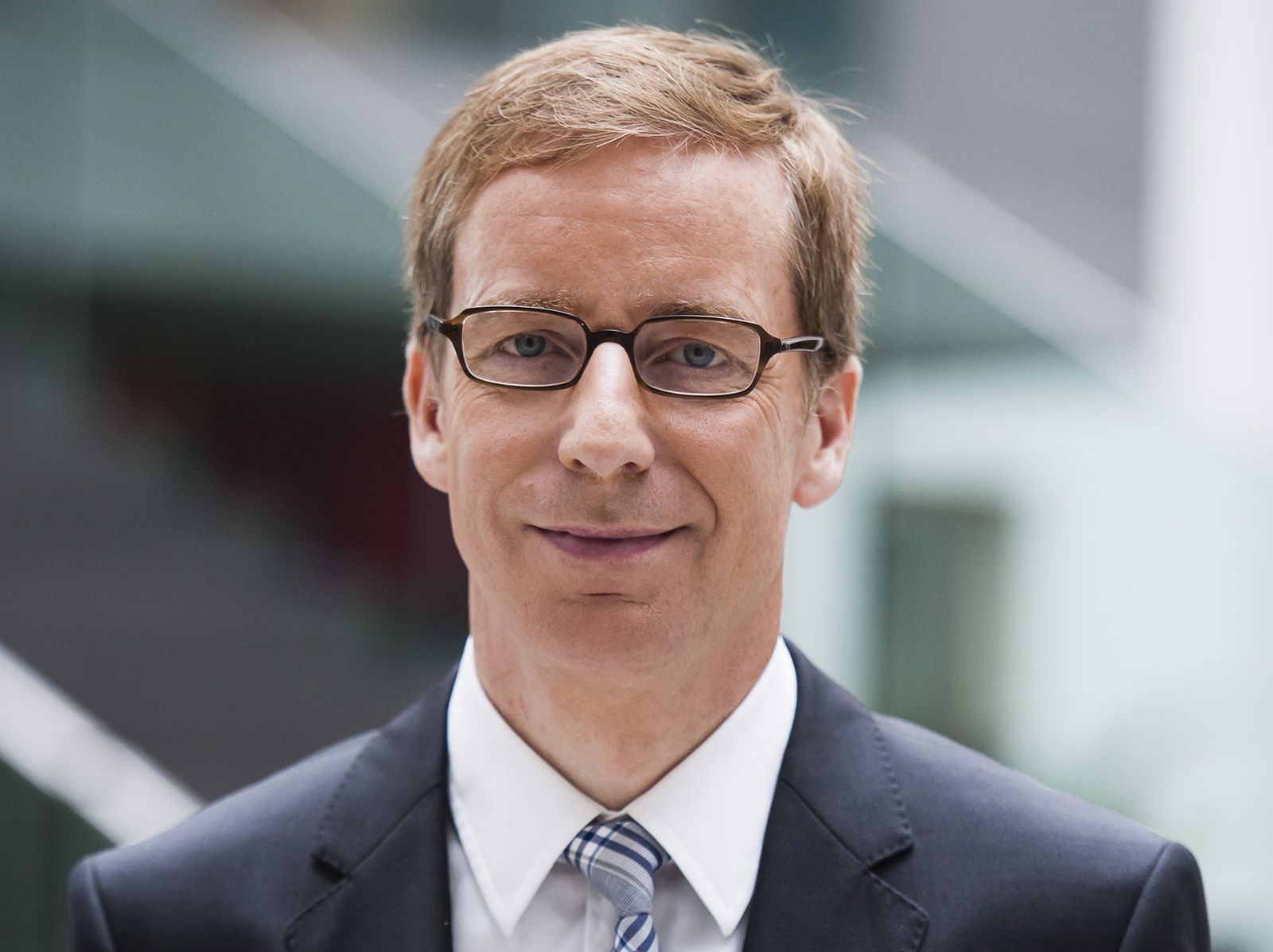 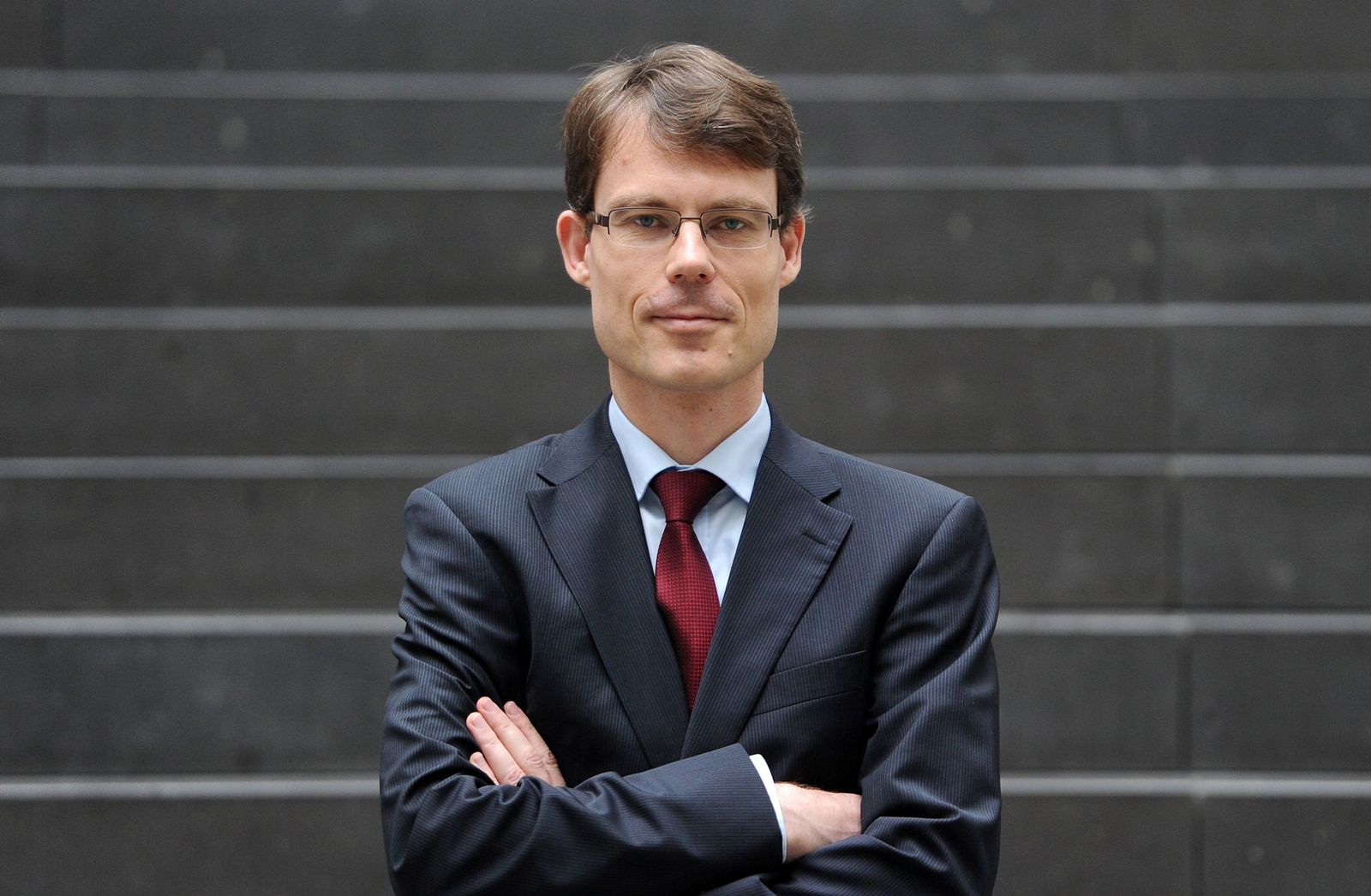 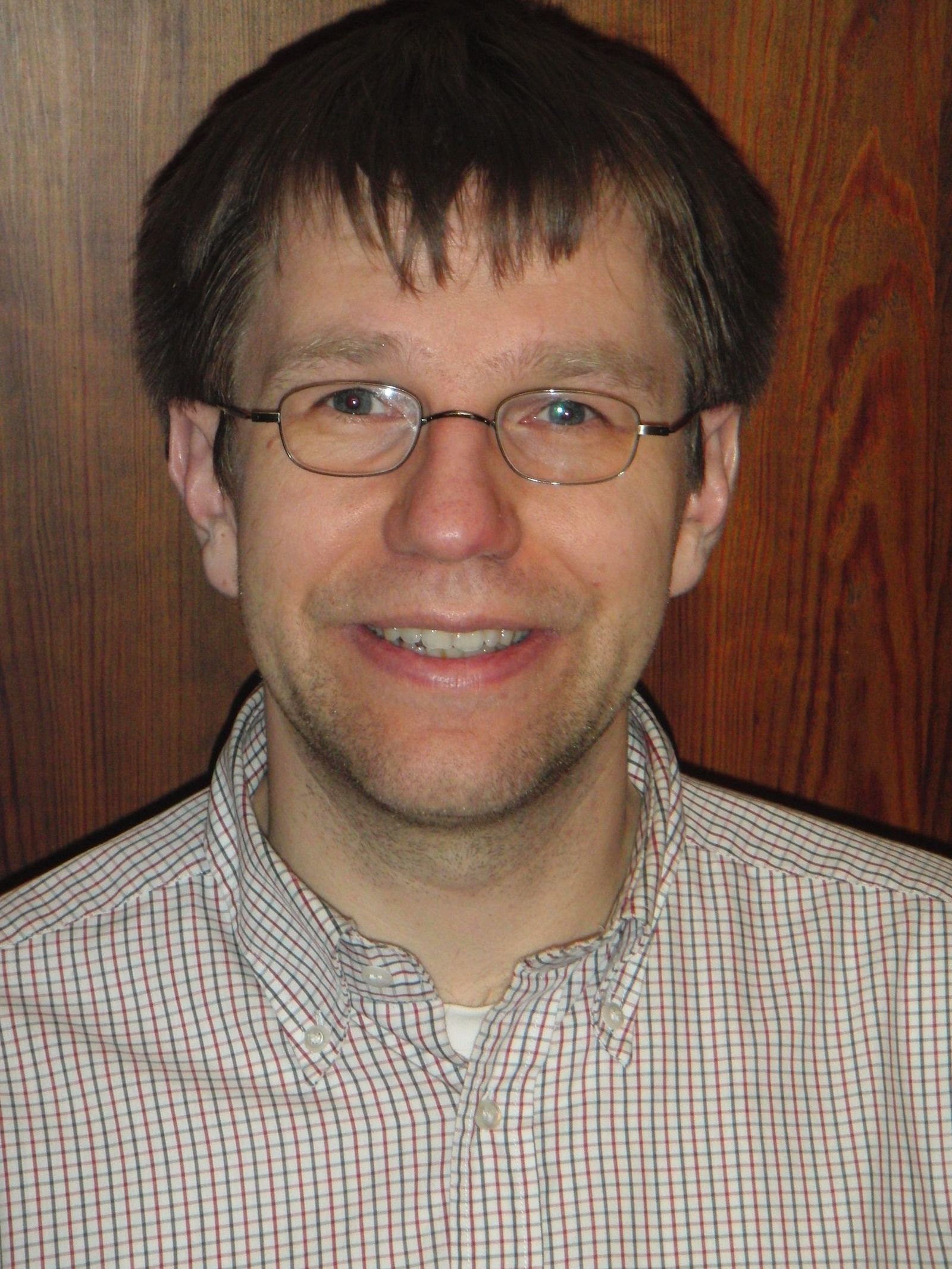 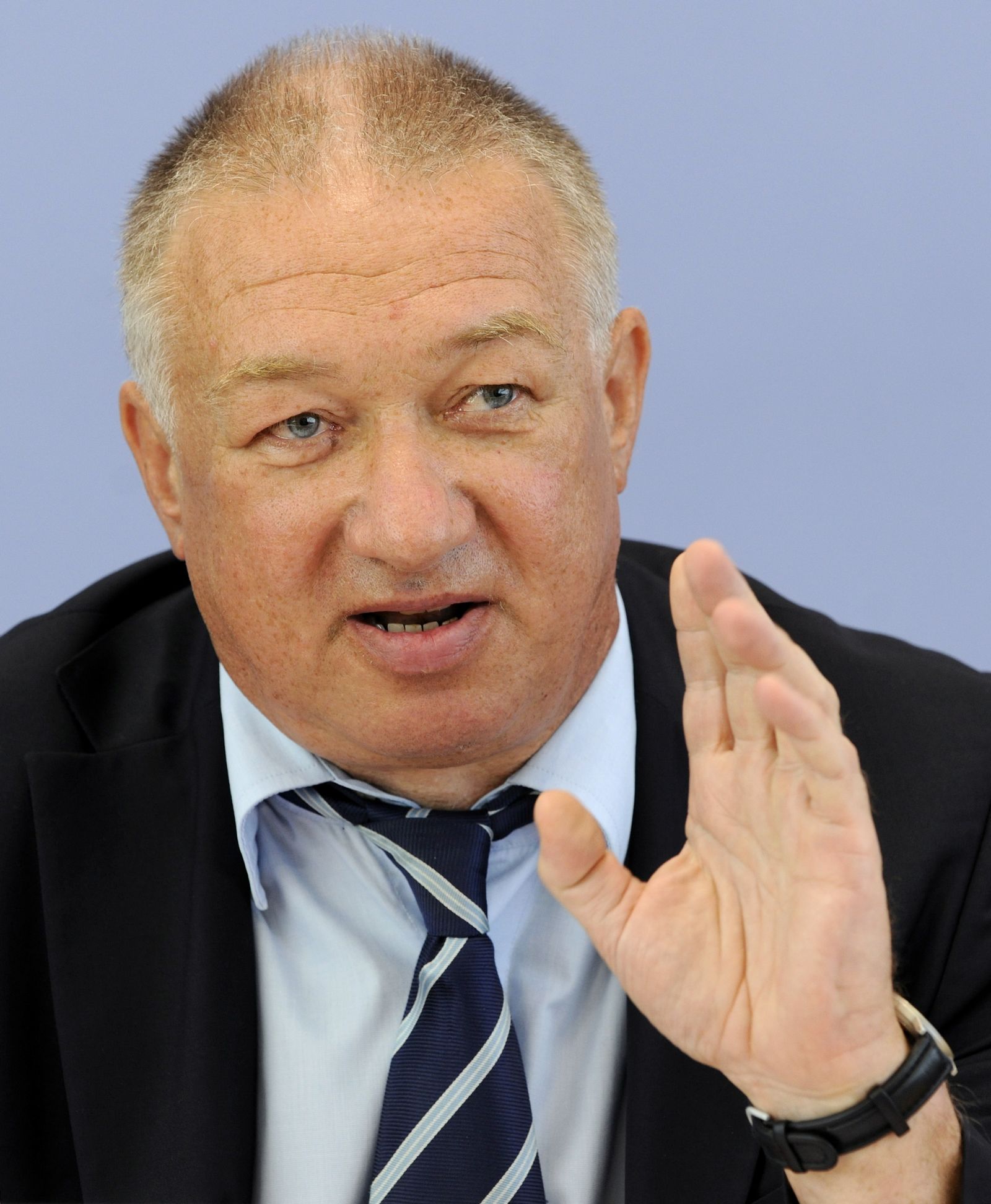