Collette Hercher is the woman tasked with preventing a no-deal Brexit from becoming a disaster for Germany's economy. She is the head of Germany's central customs office, which is located in a functional, spare building on the outskirts of Bonn. And the task facing Hercher is far from easy. After all, there is no place where Brexit will have a stronger impact than on the European Union's borders.

Nevertheless, Hercher's authority is far from panicked. "We'll do what we've always done with non-EU countries, just that there will be one more of them," she says, adding that new laws won't be necessary. Still, Hercher says she does hope that the British and the EU will agree on a withdrawal agreement. "That would give us a two-year transition period."

But it's also clear that the customs authority will need more staff. "We will provide and train an additional 900 customs officers," says Hercher. "We will have more work to do, especially at ports and airports. We will apply our risk analysis even more selectively: Is the transport route consistent? Does the value of the indicated goods match the transport costs? Does the product fit the company?"

She says she's particularly worried about the small- and medium-sized companies that form the backbone of the German economy. "Those companies that have so far only been doing business in the EU, in particular, need to prepare," she says, because the movement of goods will become more complicated. If Britain becomes a third country, it would put it on the same footing as, say, India, and exports would have to be declared to customs and British VAT would have to be paid on imports. There is a significant need for information in companies across the country and customs employees are currently traveling around Germany to provide it. "Together with business associations, we are educating companies about what will change."

Policymakers are also preparing for a no-deal Brexit, with the German government having introduced two packages of laws to regulate the residence status of British citizens -- a necessary step because they will be losing their freedom of movement in the EU. The European Commission has likewise presented emergency legislation to prevent trade and traffic from ending abruptly. Air traffic is particularly sensitive given that the only airlines for whom there will be total freedom are those that are majority-owned and controlled by investors inside the EU.

The consequences for airlines like Iberia, Vueling, Aer Lingus, Ryanair or Easyjet would be disastrous, given the size of British holdings in those companies. They would lose all route rights from and within the EU. As a precaution, Easyjet has taken the step of setting up a subsidiary in Vienna, while Ryanair is considering ways of reducing the influence British shareholders have over the company.

The European Commission is eager to prevent planes from being grounded and is considering granting companies their old route rights between Britain and Continental Europe until a new aviation treaty can be concluded, or at the latest, until March 2020. Still, they would not be allowed to operate flights from point to point within the EU.

The planned regulations, however, are of no help to aircraft manufacturers. Without certification from the European Aviation Safety Agency (EASA), which would no longer have supervisory authority over Britain following a no-deal Brexit, no British-made parts could be installed in European jets. Such a situation that would hit Airbus hard; the wings used in the Airbus family of jets are all manufactured in Britain. Additional controls and customs formalities at the border could also hamper the transport of components between Britain and the EU. A spokesman for Airbus says the company has "significantly increased" its storage capacity to prepare for the worst and that it has now stockpiled six weeks' worth of supplies.

Germany's banks and insurers aren't facing those kinds of problem -- their challenges are largely be technological in nature. The financial industry in Germany, though, insists that it has everything under control. As early as 2017, for example, Deutsche Bank began processing business for non-UK customers through its booking center in Frankfurt instead of London -- when, for example, a German industrial group wants to hedge against exchange-rate risks with the help of London-based investment bankers. The focus now is on withdrawing staff from London and distributing them among other locations in Europe -- a comparatively simple undertaking. And German insurers wanting to continue doing business in Britain have long since established subsidiaries in the country.

BMW Prepares for the Worst

The impact of a disorderly Brexit would be a far more serious blow to German carmakers, above all BMW. The Bavarians operate four plants in Britain, and more than 200,000 ultra-compacts of the cult-brand Mini are built in Oxford each year. Each Mini is composed of 3,000 parts, most of which are delivered by semi-truck from Continental Europe.

"If only one or two important parts fail to get through, we would no longer be able to continue with production," says BMW Works Council Chairman Manfred Schoch.

Production is designed in such a way that gears, steering wheels or indicator lights are delivered directly to the assembly line shortly before they are needed. BMW is preparing for the worst.

Once Brexit becomes reality, the company plans to close its plant in Oxford for four weeks, a first in the company's history. The hope is that the chaos will have passed by then. BMW has rented space on both sides of the English Channel to store the most important components. If trucks get stuck at the border, the plan is for planes to supply the factories by air.

But that's a costly solution and by no means a lasting one. "Otherwise, we will lose our competitiveness in the long term," the company says. That, meanwhile, has prompted the executive board to consider the alternatives. If delivery traffic comes to a standstill for months on end, BMW will likely have to relocate its production capacities -- to the Netherlands, for example. BMW's Mini Cabrio and the Mini Countryman subcompact SUV are already produced there under contract by Nedcar.

"Brexit poses a massive threat to jobs," says Works Council Chairman Schoch. "In the long run, workers in Britain and Germany will suffer." And the ongoing dispute between the EU and the British, Schoch says, could ultimately benefit a third party: China, where production is still considerably cheaper. 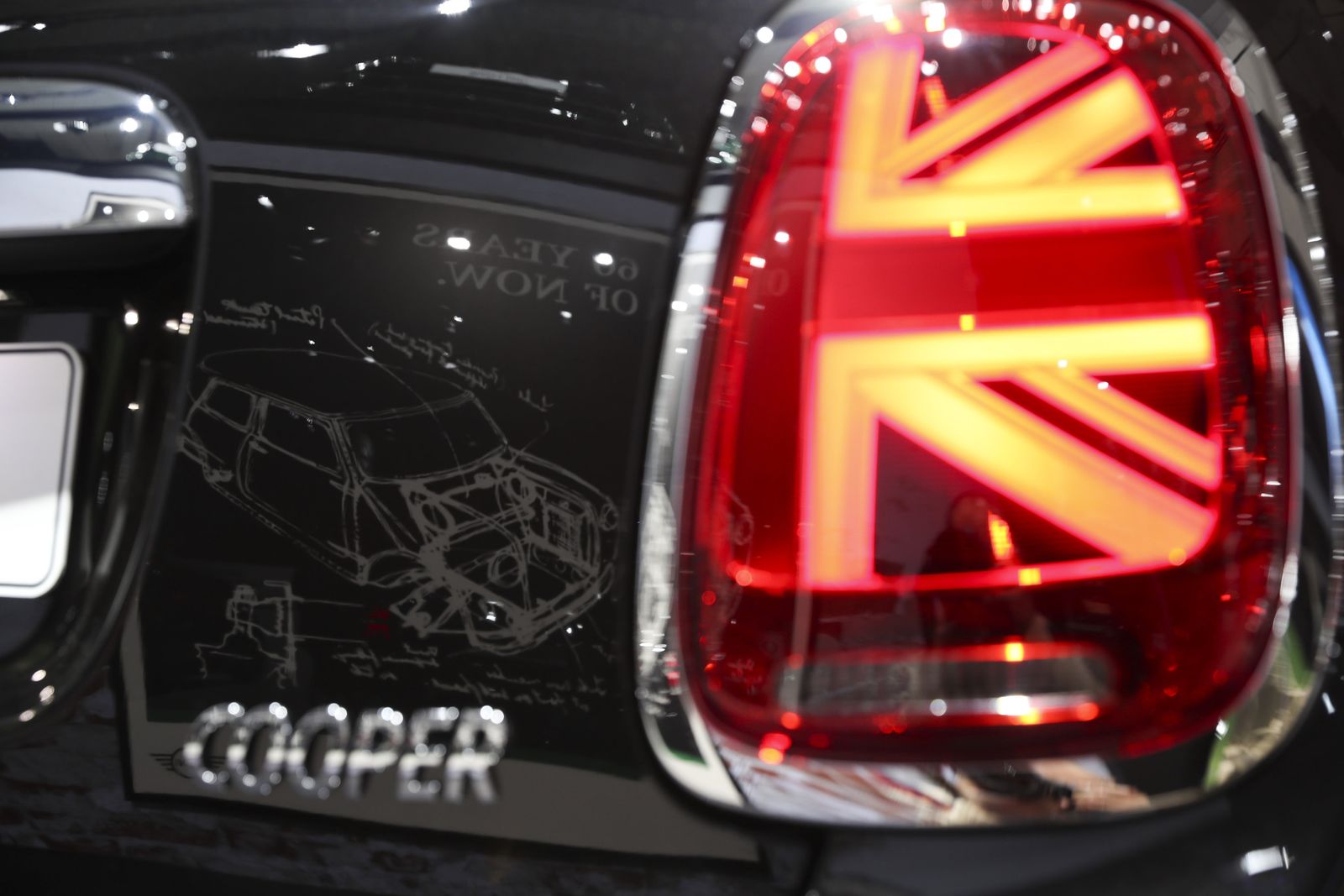 Many parts for the Mini come from Continental Europe.