German Economy Minister Philipp Rösler, leader of the pro-business Free Democratic Party (FDP), has come under fire for comments he made about Greece on Sunday that contributed to uncertainty in financial markets on Monday, when the euro fell to its lowest level against the dollar in more than two years.

Rösler was accused of being reckless and unprofessional by saying in a television interview that he was "more than skeptical" that Greece's reform efforts will succeed.

"If Greece no longer meets its requirements there can be no further payments," he said in an interview with German public broadcaster ARD. "For me, a Greek exit has long since lost its horrors."

The FDP, junior coalition partner to Chancellor Angela Merkel's conservative Christian Democratic Union (CDU) party, has been struggling to recover from a slump in opinion polls and has adopted a euroskeptic tone in the crisis, warning about the costs of bailouts to German taxpayers.

Rösler, as head of the FDP, is also deputy chancellor.

A fellow FDP member, Michael Link, a state secretary in the Foreign Ministry responsible for European policy, warned on Monday against making self-fulfilling prophecies and said the German government's position was that no country should be pressured into leaving the euro zone. "If it is possible to keep it together, we should do it," he said of the euro zone, speaking on the sidelines of an EU foreign ministers' meeting in Brussels.

Jorgo Chatzimarkakis, a Greek-German member of the European Parliament for the FDP, was less diplomatic. He said he was astonished by the "extent of unprofessionalism" in Rösler's comments.

'What Planet is He Living On?'

Inspectors from the troika, comprised of representatives of the European Commission, the European Central Bank and the International Monetary Fund, arrived in Athens on Monday night to check Greece's progress on austerity measures. Greece's fate will in part hinge on their verdict as to whether the country should continue receiving assistance from the €130 billion bailout package agreed on earlier this year.

"If Philipp Rösler in such a situation already gives a thumbs down, I ask myself: what planet is he living on?" Chatzimarkakis told the Saarbrücker Zeitung newspaper. Speaking on German radio on Tuesday morning, Chatzimarkakis added: "When the deputy chancellor of Germany, the most important economic partner carrying the euro, says something like that, it carries weight. I find the choice of words mistaken."

Greece, which is in its fifth year of recession, has fallen behind targets agreed to as conditions of its bailout deal, mainly due to three months of political limbo as it struggled to form a new government. Athens has asked for more time to implement the austerity measures, but that could require fresh aid of between €10 and €50 billion on top of the €130 billion package ($157 billion), its second, according to troika estimates.

Greek Prime Minister Antonis Samaras lashed out at his country's foreign critics on Tuesday with comments seemingly aimed directly at Rösler. "Let me say it officially: There are some who would undermine our national efforts," he told a parliamentary committee. "We are doing what we can to get the country back on its feet and they are doing everything in their power to ensure that we fail." He added that he didn't know if they did it "knowingly or out of stupidity" but "I just know that they are irresponsible."

Greek media also criticized Rösler. One Greek radio commentator said: "The man doesn't appear to be interested in Europe or in Germany. He's just taking care of his political survival and his ailing party."

Athens newspaper Kathimerini commented that the "continuous threats" only made the reforms and austerity measures more difficult to implement and didn't help solve problems. Tabloid newspaper Avriani commented: "Rösler is pushing us out of the euro."

On Monday night, rating agency Moody's cut the outlook for Germany's triple-A rating to negative, citing an increased likelihood that Greece will leave the euro zone.

One economist, Carsten Lüdemann at German bank Dekabank, calculated that a Greek exit would cost Germany €83 billion in the short term: €15 billion and €22 billion respectively for the German portions of the first and second bailout packages, plus €13 billion in liabilities if the European Central Bank were left with worthless Greek government bonds on its books following a Greek bankruptcy, plus €30 billion to help cover liabilities resulting from Greek debts to the Target 2 European interbank payment system.

In addition, Germany would shoulder €3 billion of the IMF's payments to Greece, Lüdemann told the Rheinische Post newspaper.

Despite the criticism of Rösler's remarks, a number of other senior members of Merkel's center-right coalition agree with him. "We shouldn't talk about a new bailout package at all and monies from the agreed bailout package must only be paid if Greece fully meets all conditions," Horst Seehofer, the chairman of the Christian Social Union, the Bavarian sister party to Merkel's Christian Democratic Union, told the tabloid newspaper Bild.

Europe's aid to Greece had already gone "to the limit of what is acceptable," said Seehofer, whose party is also part of the government coalition.

Patrick Döring, general secretary of the FDP, said the German parliament would not back another bailout package for Greece. "It could create confidence in markets if Greece weren't part of the euro zone any more," he told the Passauer Neue Presse newspaper. "Greece can regain its competitiveness and return to health more quickly outside of the euro zone." 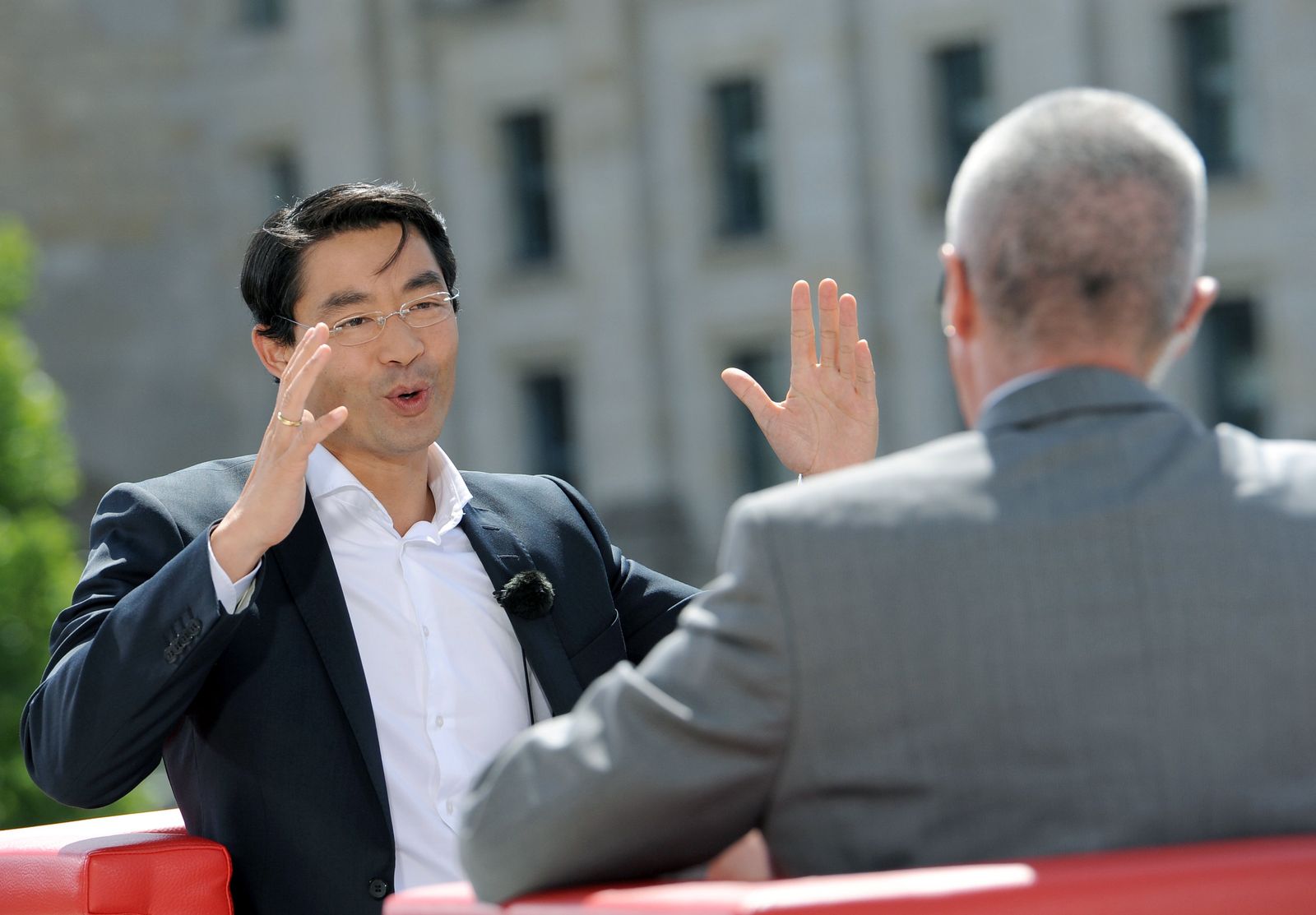 German Economics Minister Philipp Rösler during his interview with ARD television on Sunday.