A new panel of lawmakers set up by the German parliament to reach quick decisions on the release of rescue funds from the European Financial Stability Facility (EFSF) may be in breach of the German constitution, a study by the parliament's research unit has shown.

The panel is intended to ensure that parliament has a say in the release of funds from the EFSF, following a Constitutional Court ruling last month which said the parliament must be involved in measures to bail out other euro-zone member states.

The nine-member body, to be selected from the parliament's budget committee, is to approve bailout decisions with the necessary speed and confidentiality to avoid fanning financial market turmoil.

New Challenge Could Be Launched at Highest Court

But the study, undertaken by legal experts and commissioned by a member of parliament from the opposition center-left Social Democrats, Swen Schulz, has cast doubt on whether the panel will preserve an adequate degree of parliamentary sovereignty on budget decisions amounting to billions of euros.

"Delegating this authority to a special body shifts responsibility onto a small number of people and obstructs the involvement of all members of parliament in the parliamentary process," the study says.

Schulz is now considering taking the matter to the Constitutional Court, which is Germany's highest judicial authority. "A nine-member panel can't replace the Bundestag in such an important question," he says.

Last month, the court rejected lawsuits filed by eurosceptics aimed at blocking the participation of Europe's biggest economy in bailout packages for Greece and other euro-zone countries.

But it said the government must seek the approval of parliament's budget committee before granting aid. 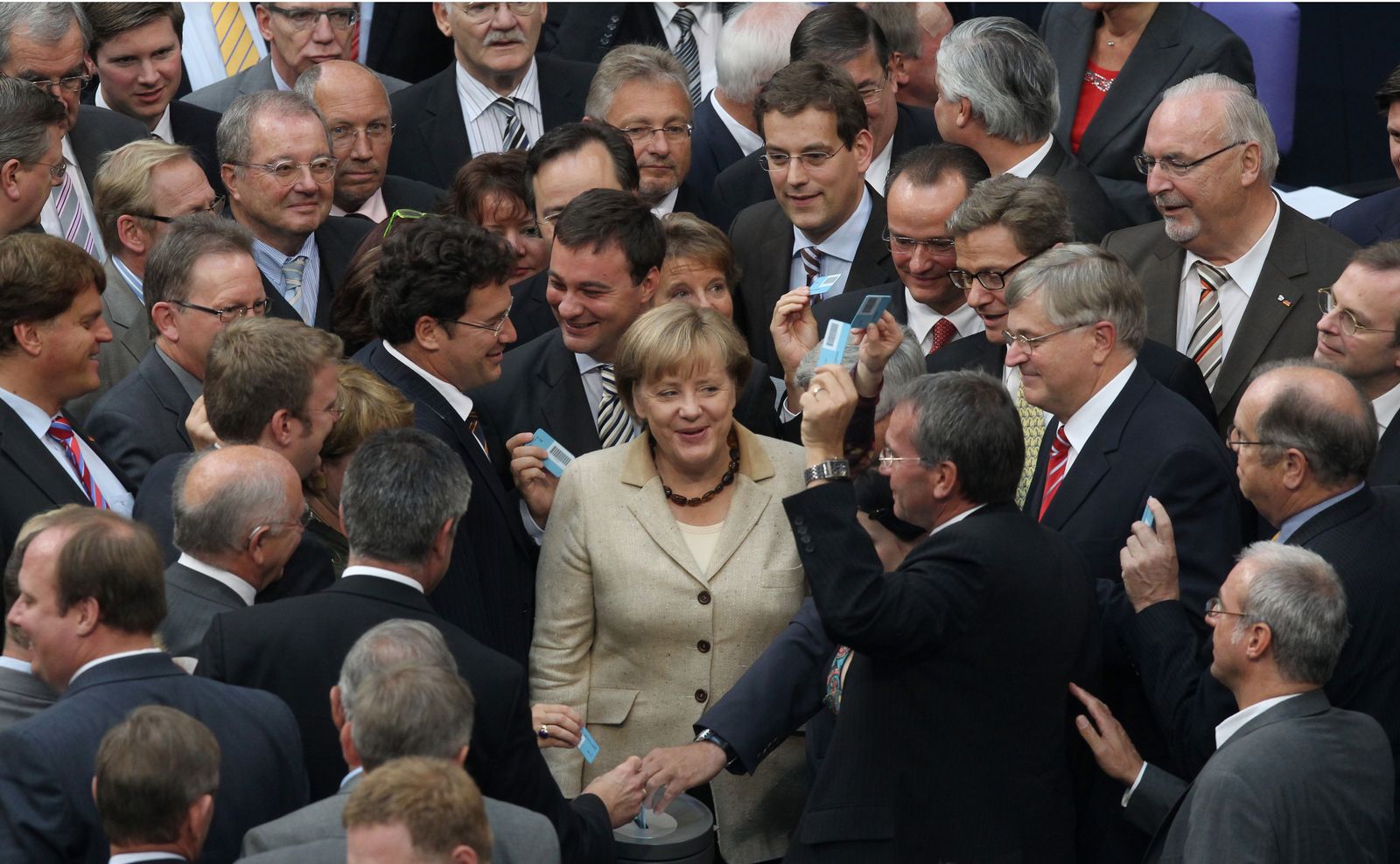 German Chancellor Angela Merkel during the parliamentary vote on the expansion of the euro bailout fund on Sept. 29.