In his victory speech in November of last year, US President Barack Obama called Vice President Joe Biden a "happy warrior." It immediately caught on, trending in Twitter and leading political pundits to recall that the phrase had once been used as a nickname for Vice President Hubert Humphrey. In US jargon, the phrase denotes a politician who shies away from no political battle. The most important trait is a readiness to go on the attack, sometimes to the point of brazenness.

Chancellor Angela Merkel has exhibited both in the current international debate over Syria. At the G-20 summit, she initially refused to sign a Syria resolution critical of the country's autocrat Bashar Assad despite the willingness of other large European Union member-states to approve the document. Later, she ended up signing it after all. And now, she's trying to play down the strange back and forth -- instead attacking her partners, who she accuses of disregarding the rest of the EU.

"I do not think it is right when five large countries agree to a common position when the other 23 cannot be present, with the knowledge that all 28 would be sitting together 24 hours later," Merkel said at an election campaign event in Düsseldorf on Sunday.

Her message? Merkel is positioning herself as the champion of the smaller EU member states, who are in danger of being steamrolled by giant countries like Britain or France.

Unfortunately, this impression is incorrect -- irregardless of whatever the true background is behind the Syria folly. There may have been a time when Germany looked out for the interests of smaller EU member states. But today, when Merkel seeks to brand other European countries as being egotistical, it is anything but convincing.

In truth, it is Angela Merkel who is currently behaving in a particularly egotistical way. To see that, one need look no further than the German election campaign. Out of fear of voters, she has placed numerous European issues on the back burner. The German election campaign has paralyzed the Continent in a way never before seen in EU history. One influential member of Merkel's conservative Christian Democrats said: "For months, Merkel has sidelined every single European issue that is unpopular with her until after the election."

The systemic slowdown functions in many small ways -- like when the Chancellery put the brakes on a carefully negotiated EU compromise deal limiting automobile emissions because German manufacturers of gas-guzzling sedans, led by BMW and Daimler, would be particularly hard-hit. Merkel intervened personally to unceremoniously block the deal. The issue will only return after German voters have cast their ballots.

It also works on a larger scale, including fundamental decisions, like Europe-wide joint debt liability or more decisive growth policies in light of a youth unemployment rate that has gone over 50 percent in countries like Greece and Spain. Because such issues are unpopular with German voters, there is no way Berlin will address them before the election. Instead, Merkel prefers to warn, as she did in a SPIEGEL interview in June, "I see no need to transfer even more rights to the Commission in Brussels in the coming years." It's a sentence that would fit perfectly in the party platforms of the euro-critical Alternative for Germany party, which is slowly gaining in the polls. The euro-skeptic party could even clear the five-percent hurdle to land seats in the federal parliament.

Merkel has outright blocked progress on the EU's planned banking union -- ostensibly out of concern for Germans' deposits, but also to protect Germany's own Sparkassen, as its regional savings banks are known, and the state banks known as Landesbanken. Instead of the European solution that had been targeted, she is suddenly now pushing for national regulations.

When it comes to foreign policy, Merkel -- who is still "the world's most powerful woman" according to Forbes -- is acting as though the world comes to a standstill when there is an election in Germany. Under pressure from Berlin, EU accession negotiations with Serbia and Turkey have been delayed. In St. Petersburg, Merkel initially didn't want to join her European partners in condemning Assad's poison gas attacks because most Germans are opposed to an American military strike.

So will this kind of cold calculating end if Merkel wins the election? At the very least, her European policies will be up for debate. Not all crisis-plagued countries, after all, can pursue the kind of export-driven economy that Berlin has often pushed for. Financial Times columnist Martin Wolf recently asked, "Is everyone supposed to run current account surpluses? If so, with whom -- Martians?"

Britain's Economist has been even harsher in its verdict, writing of Germany that "the country that abhors nationalism is oddly national in its focus." Berlin, the magazine argues, insists that other countries adopt its successful policies as if it is some miracle cure, despite the fact that their economies are totally different.

If the British weren't so polite, they could have written that Berlin is behaving astoundingly egotistically. 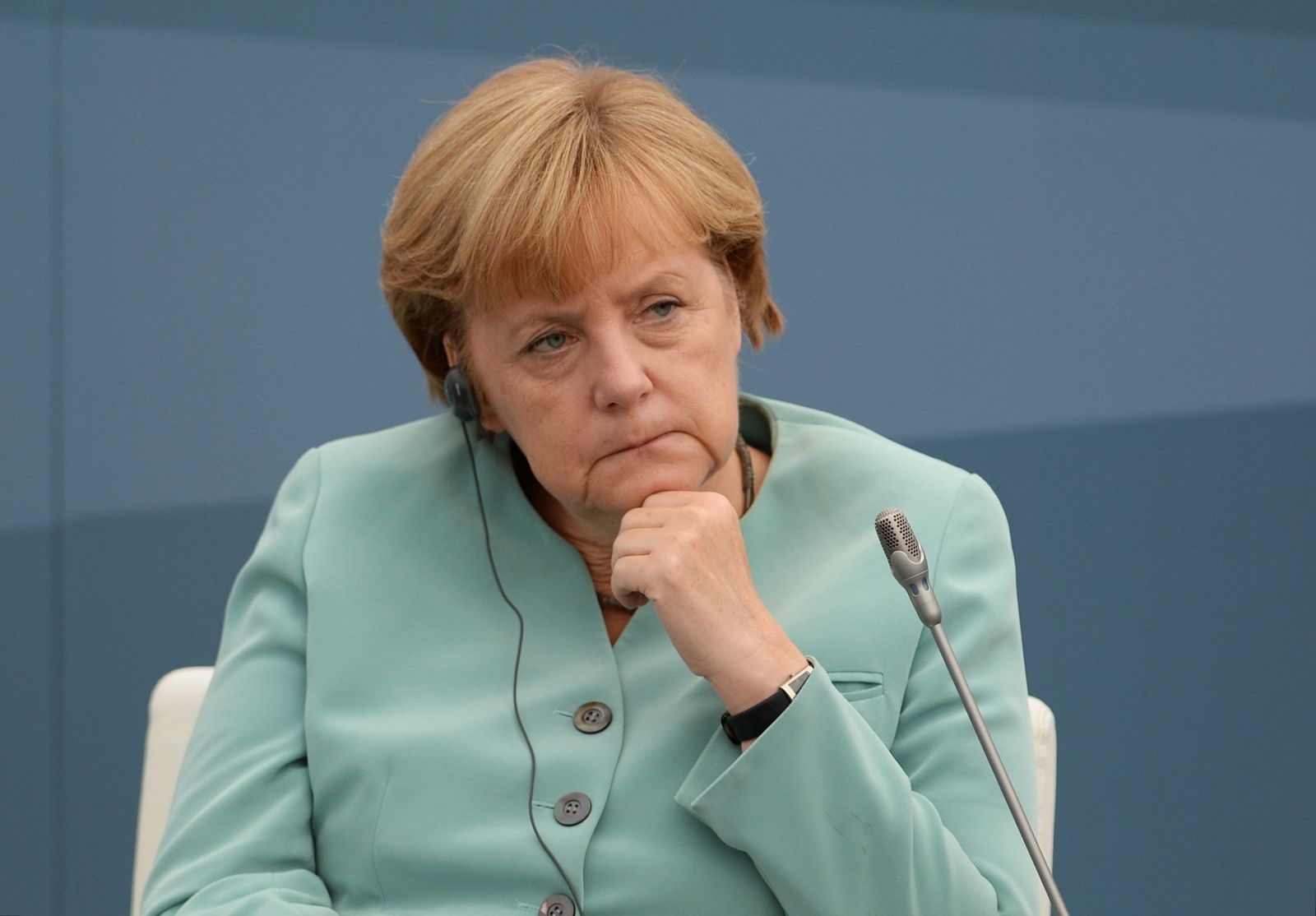 German Chancellor Angela Merkel has stalled most major European Union projects until after elections in Berlin on August 22.