The financial markets have been notably calm of late. Stock indexes have ticked upwards and interest rates on sovereign bonds have drifted downwards. The euro has also remained relatively stable against the dollar. And investor panic seems to have dissipated.

But appearances can be deceiving, said German Finance Minister Wolfgang Schäuble on Tuesday. "I'm not so sure that the worst of the crisis is behind us," he said at a mechanical engineering conference in Berlin, warning that reform efforts needed to be re-doubled to ensure that trust in the euro returns.

His comments were echoed by Yves Mersch, a member of the European Central Bank Governing Council who was also present at the event. He warned that even if calm had returned to the markets, it could be deceptive. "The bleeding has been stopped, but the patient is not yet in the clear," he said.

Eye of the Storm?

Their pessimism contradicts comments made by European Commission Vice President Olli Rehn a week ago. In Bangkok for a meeting of finance ministers from Asia and Europe, he told the Bangkok Post that "there is no likelihood of any country leaving the euro zone. The key message I told the ministers was that there is cause for prudent optimism. I think that the worst is over for the euro debt crisis."

The divergent commentary on the state of the euro zone comes as Europe finds itself in what increasingly feels like the eye of the storm. Recent ECB pledges to buy unlimited quantities of sovereign bonds from debt-ridden euro-zone member states to lower their borrowing costs have relieved financial market pressure. However, Greece continues to be slow in implementing necessary reforms and will likely need funding beyond that which has already been pledged.

'We Are All Sinners'

Potentially more troubling, bank problems in Spain threaten to force Madrid to seek a full bailout from the European Security Mechanism, the euro zone's permanent bailout fund. And the situation isn't getting any easier. On Tuesday, Spain's central bank announced that the country's gross domestic product (GDP) had shrunk by an additional 0.4 percent in the third quarter, following a similar plunge in the second. The negative economic growth promises to make it even more difficult for Madrid to reach its ambitious austerity targets.

Perhaps mindful of the headlines made last week when he seemed to rule out a Greek bankruptcy during a talk in Asia, Schäuble made it clear that even if the situation in Europe does worsen again, it will not be the end of the euro zone. "We are determined to do everything necessary to preserve the euro as a trustworthy currency," he said. But reform, he added, must continue to be the priority. "We can't get around the need for a mid-term reduction in sovereign debt," he said.

As for Greece, Schäuble tread more lightly on Tuesday than he did last week. In the knowledge that "we are all sinners," he said, it seems likely "that we can come to agreement on a policy that makes sense for Greece." 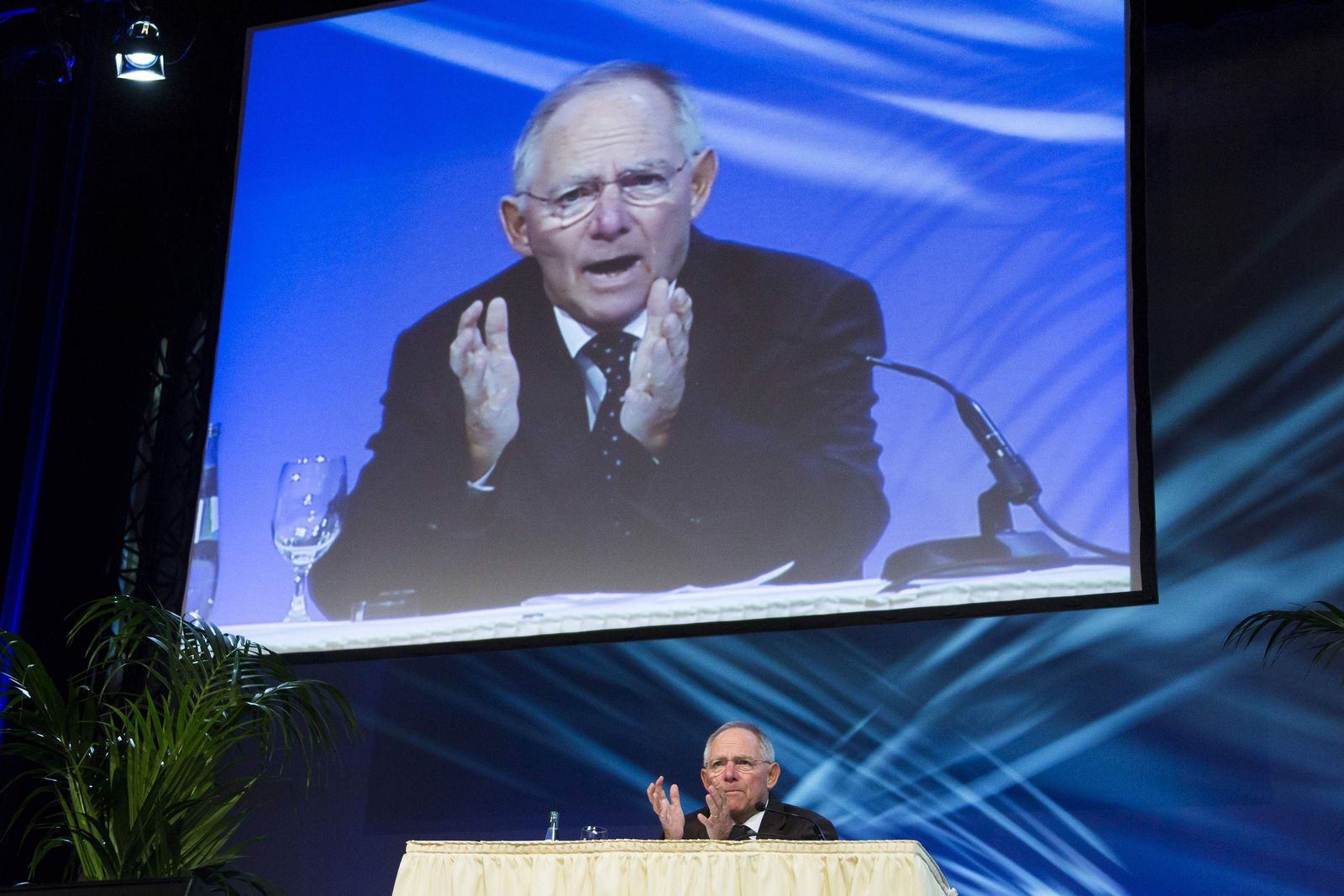