German Finance Minister Wolfgang Schäuble has spoken out against plans to increase the permanent euro bailout fund to €1 trillion ($1.3 trillion), saying that, "Giving out more and more money is not the solution." In doing so, Schäuble is signalling the German government's resistance to French calls for such a bolstering of the fund.

On Thursday, French Finance Minister François Baroin had echoed calls made by the Organization for Economic Cooperation and Development (OECD) on Tuesday to boost the amount of available loan assistance to this level in order to shore up market confidence and prevent the possibility of contagion in the euro crisis. "The firewall, it's a little like the nuclear option in military planning, it's there for dissuasion, not to be used," Baroin said in a radio interview.

On Thursday evening, the day before euro-zone finance ministers will begin meeting in Copenhagen, Schäuble said the German government is willing to continue to operate the two bailout funds simultaneously -- at least for a transition period. The original plan had been to replace the current European Financial Stability Facility (EFSF) originally established to aid Greece, Ireland and Portugal with a permanent successor fund known as the European Stability Mechanism (ESM), which would initially be funded with €500 billion and go into effect in mid-2012. But now it appears that the two funds, with a combined total of roughly $800 billion, will be kept in operation alongside each other -- at least initially. "That is convincing," Schäuble said of this figure. "That is enough." Likewise, the chorus of those speaking out against the expansion of the bailout fund has also been joined by Jens Weidmann, the president of the Bundesbank, Germany's central bank.

The State of Negotiations

On Friday, euro-zone finance ministers meeting in Copenhagen hope to make a decision on how much more in available funding will be committed to the twin bailout funds. A draft agreement envisions lifting the cap on the combined total of both of them from €500 billion to €700 billion. Should the debt crisis worsen once again, however, it also foresees the possibility of boosting this figure to €940 billion "under extraordinary circumstances" in order to pump hundreds of billion euros into the overall bailout apparatus.

Bolstering the bailout funds has been an issue of contention among euro-zone states for months. Germany and a number of smaller countries were initially adamantly opposed to lifting the funding cap above €500 billion. But the majority of euro-zone countries were joined by the International Monetary Fund (IMF) in calling for a higher financial "firewall" to provide extra protection against possible effects of the debt crisis. Indeed, it was only this week that Germany finally relented.

On Tuesday, the governing parties and the opposition also reached a compromise agreement that will allow the German parliament to decide on whether to release billions of euros to bail out troubled EU member states. The compromise came after Germany's highest court ruled that a planned nine-member special panel of lawmakers to approve quick bailout decisions did not provide sufficient parliamentary involvement.

What's more, speaking during a panel discussion at the University of Copenhagen on Thursday evening, Schäuble once again stressed that no member country will be forced to leave the euro zone. The issue had generated much speculation in recent months because many believed that, despite two bailout packages totalling over €240 billion and the fact that private creditors have agreed to wave substantial portions of their claims, Greece's chances of getting a grip on its state debt were poor, which in turn increased its chances of either voluntarily or involuntarily abandoning the currency union. 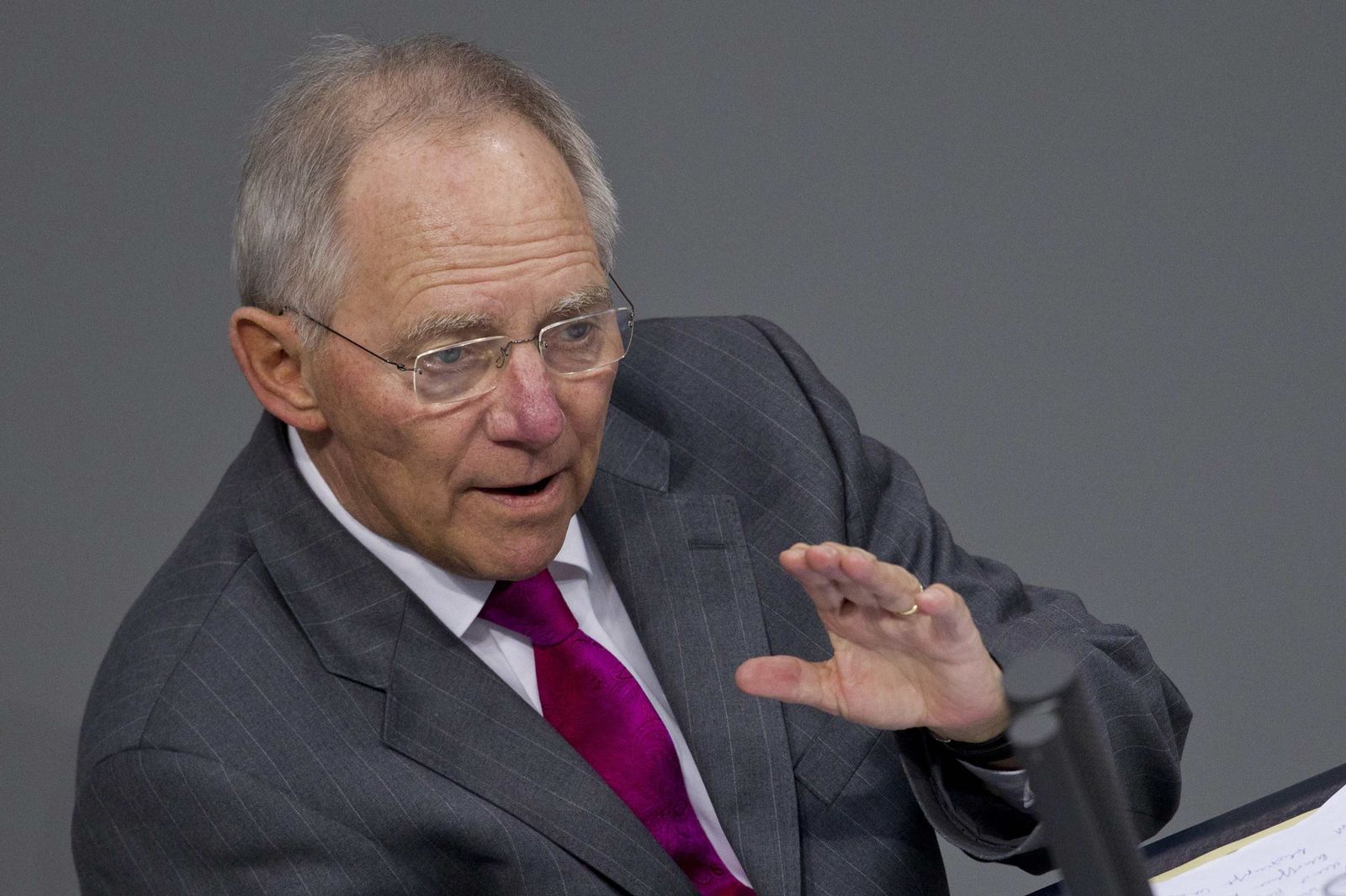