German Chancellor Angela Merkel is a master at keeping her cool, even when the pressure becomes almost unbearable. This may explain why a speech she gave at the Lowy Institute for International Policy in Sydney, immediately following the G-20 summit in Brisbane, turned so many heads. Her comments in Sydney were the clearest indication yet that she is losing patience with Russia. "Outdated thnking in terms of spheres of influence which tramples international law underfoot must not be allowed to prevail," she said. "Russia is violating the territorial integrity and the sovereignty of Ukraine."

During the audience discussion after the speech, Merkel warned that "we're not just talking about Ukraine. We're talking about Moldavia, about Georgia. If things go on, we'll be talking about Serbia and the Western Balkans."

Coming as it did just hours after an interview with Russian President Vladimir Putin was aired on German television, the speech was seen as a direct and forceful response. And it seemed to make German Foreign Minister Frank-Walter Steinmeier uncomfortable. It is important, he said not long after Merkel's comments, "that in our use of language in public, we do not eliminate our chances of contributing to the easing of tensions and to the mitigation of conflict."

SPIEGEL: Many understood your appeal to tone down the rhetoric against Russia as a criticism of Chancellor Angela Merkel following the clear comments she made in Sydney after the G-20 summit. Which parts of her speech did you find objectionable?

Steinmeier: That is really far-fetched! It does justice neither to the seriousness of the crisis nor to the legitimate questions addressed by summits like Brisbane to try to turn them into a problem within the German government. What I find imprudent is when summits like this, which offer a last chance for direct and perhaps confidential talks, are treated as an open forum.

SPIEGEL: But with your tone, you clearly distanced yourself from Merkel and the chancellor is prepared to strengthen the sanctions against Putin. Are you as well?

Steinmeier: Again, our position is clear. Our policies, and thus our decisions on sanctions, are a consequence of our assessment of the situation. And it will remain that way. On Monday (Nov. 17), European Union foreign ministers meeting in Brussels issued instructions to identify those responsible among the separatists in eastern Ukraine and add them to the list because they are riding roughshod over Ukraine's territorial integrity. That is what was necessary in the current situation and it is, above all, the collective position of the German government.

SPIEGEL: In Germany and the European Union, the discussion over how to deal with Putin is more controversial than ever. Do you not believe that Western unity may be in danger?

Steinmeier: Nobody, SPIEGEL included, should be afraid of the fact that debate in democracies is spirited at times. It is, in fact, a misjudgment made by autocratic regimes to see that as a weakness. In the EU, 28 countries come together with totally different historical experiences leading to different perceptions and objectively different degrees of concern. Nevertheless, we have always been able to arrive at a unified position and to see it through. I will fight to keep it that way.

SPIEGEL: Matthias Platzeck, the former leader of your Social Democrats and current head of the German-Russian Forum, a high-profile organization promoting ties between the two countries, suggested recently that Russia's annexation of the Crimea Peninsula should be settled "retroactively according to international law" and that the West should make concessions to Putin. Do you share his viewpoint?

Steinmeier: Everything there is to say about that has already been said. Russia's actions on the Crimean Peninsula were a serious violation of international law and of the principles upon which European peace is based. That is why we cannot let pass or ignore what took place.

SPIEGEL: Earlier this month, you met with Russian President Vladimir Putin in Moscow. Are you now more hopeful than you were before the meeting?

Steinmeier: I had the feeling that, given the threatening situation in Kiev and Moscow, it was necessary to speak with those holding political responsibility. The rhetorical escalation between the capitals had become dangerous during the weekend of the G-20 summit and thereafter. I returned from Kiev and Moscow with the impression that Presidents Poroshenko and Putin intend to stick to the Minsk Protocol. Given the difficult conflict in eastern Ukraine, that isn't much, nor is it enough. But it is a foundation that we can continue to work with.

SPIEGEL: Do you believe that Ukraine's territorial integrity can be restored in the foreseeable future or has Kiev lost the Crimea and eastern Ukraine for good?

Steinmeier: I have detected no Russian willingness whatsoever to return the Crimea. Unfortunately we have to assume that the illegal annexation of the Crimea will remain a source of conflict between us and Russia for the foreseeable future. In eastern Ukraine, the situation hopefully hasn't yet been decided. I am taking Russia at its word that it doesn't intend to destroy Ukrainian unity. Reality continues to speak a different language. But particularly when the end remains open, one cannot become discouraged. Foreign policy inaction or self-indulgence would be the wrong approach. 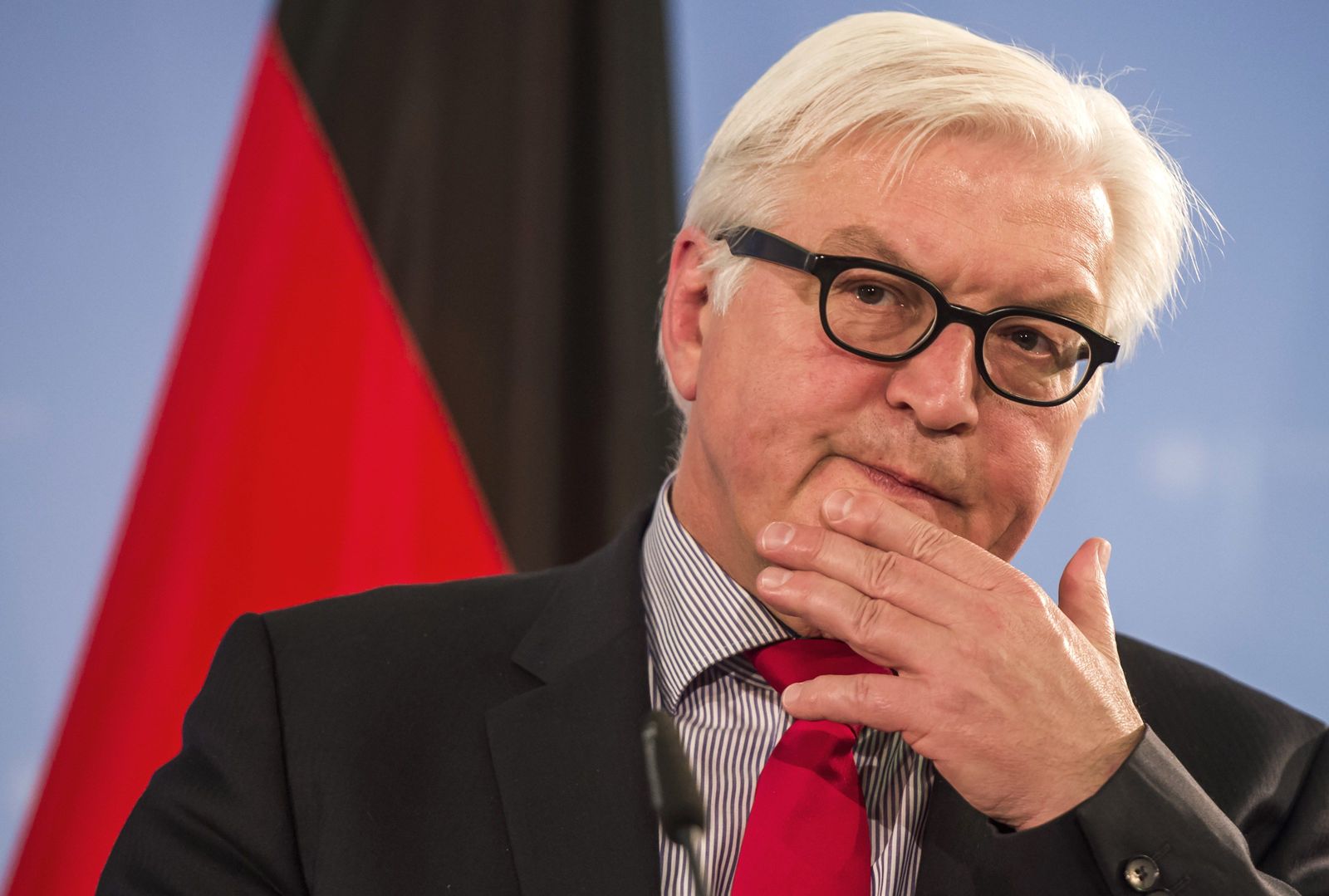 German Foreign Minister Frank-Walter Steinmeier: "Nobody, SPIEGEL included, should be afraid of the fact that debate in democracies is spirited at times."